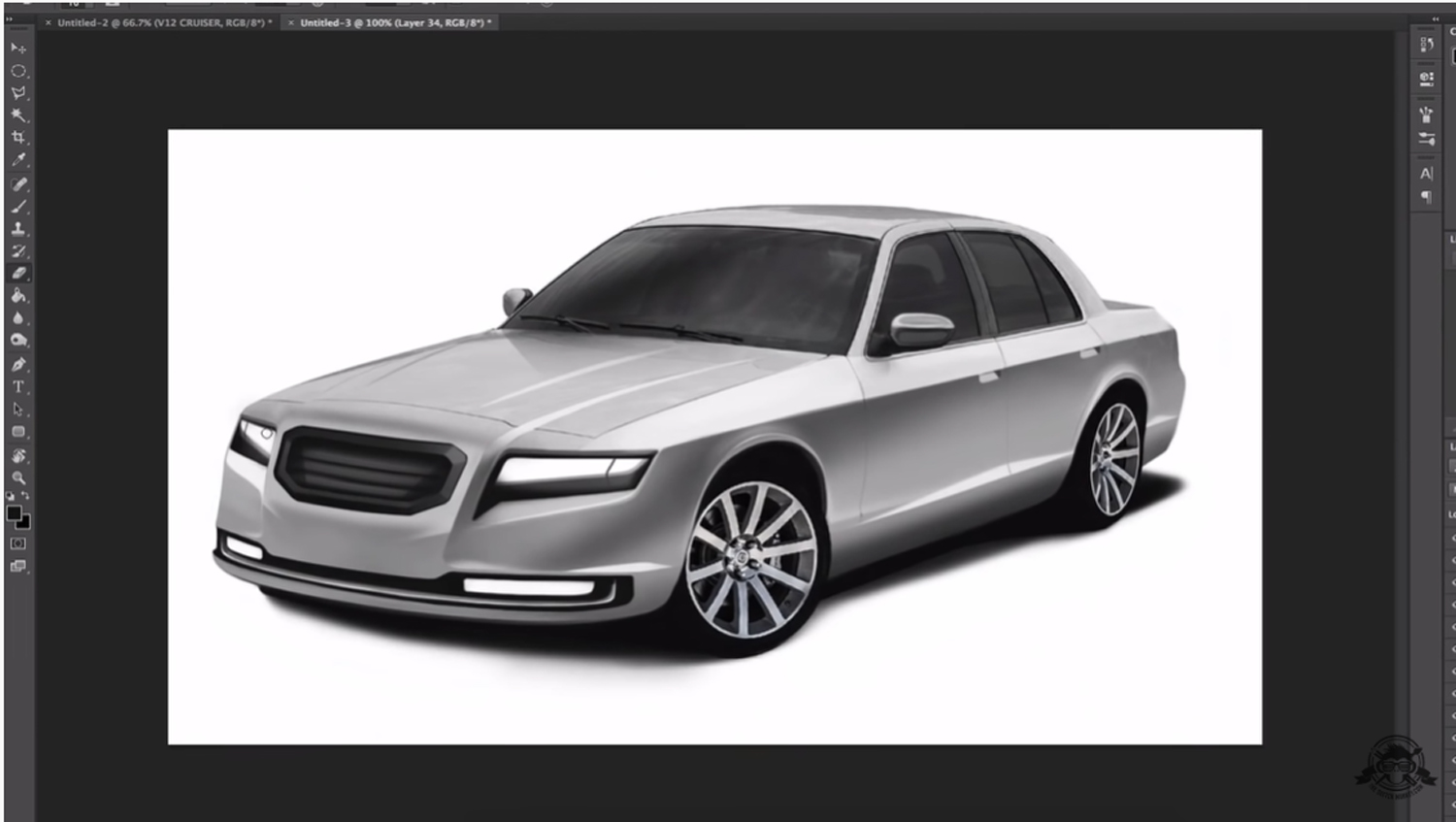 Ford fans all around the country and the world have lamented the discontinuation of the Ford Crown Vic. The car was in service for decades with highway patrol and police agencies all around the country and is still considered one of the best police cars every by many. The car was also popular with average Joes who wanted a big American full-size car with a V8 under the hood that had the power to move.

The Crown Vic has a very simple design that many loved and is instantly recognizable as a police car by many. While the Ford Crown Vic has been out of production for lots of years now, there are still many who want Ford to bring the car back.

The finished product maintains the clean lines of the Crown Vic and definitely looks much more modern than the old car did. We could see this car in use with police agencies around the country. The only downside we see to the design from looking at it is that the front end of the design looks very much like a Chrysler 300C. It needs more Ford style to it. If Ford did bring it back (it won’t), it would probably have Mustang headlamps.

The design is based on 1991 to 2011 Crown Victoria. With Ford having removed all cars from the U.S. market other than the Mustang, we don’t expect to see any old cars return to the States. Earlier this month, the Mississippi Highway Patrol retired its last Ford Crown Victoria.