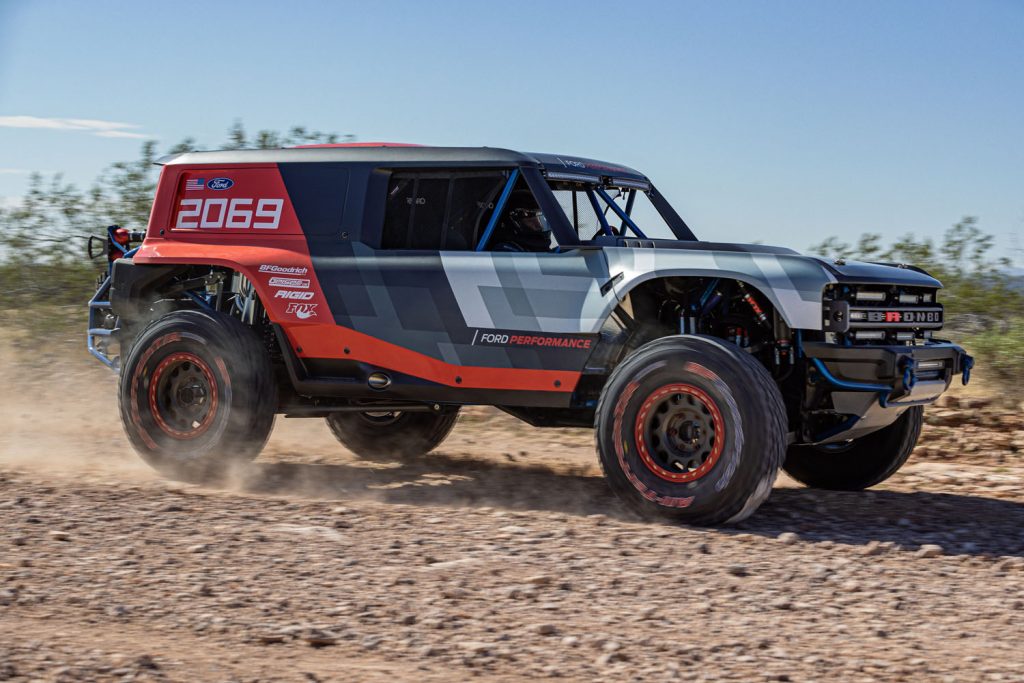 The Ford Bronco R might not have performed as well as the automaker hoped at the Baja 1000, but it did give Bronco fans a close look at what the SUV will look like when it lands in the coming months. One of the things that we know about the Bronco R is that it uses Fox suspension components.

You might assume since it’s a factory race truck that all the Fox parts were completely custom and unobtainable. As it turns out, the suspension was off the shelf racing parts that don’t cost nearly as much as you might think. The Bronco R used a slew of Fox racing parts that anyone can just orders up online. While the components certainly won’t be mistaken for “cheap,” the entire suspension at about $8,000 isn’t insanely priced. To replicate the suspension that Ford used on the R prototype, you will need the following parts from Fox:

It’s worth noting that these parts were built to work with racing applications of the Ford Raptor. There was some unique tuning that went into the suspension for the Bronco R as well. What we know is that the suspension setup allows for 14-inches of front travel and 18-inches of rear travel.

Reports also indicate that this gear could work on the Ranger as well with some fabrication. We are all pumped about the launch of the Bronco and rumors have suggested that it will have a standard 2.3-liter EcoBoost from the Ranger, but will have an optional 2.7-liter EcoBoost V6 found in the F-150.

This Ford Suspension Patent Could Be For The 2021 Ford Bronco