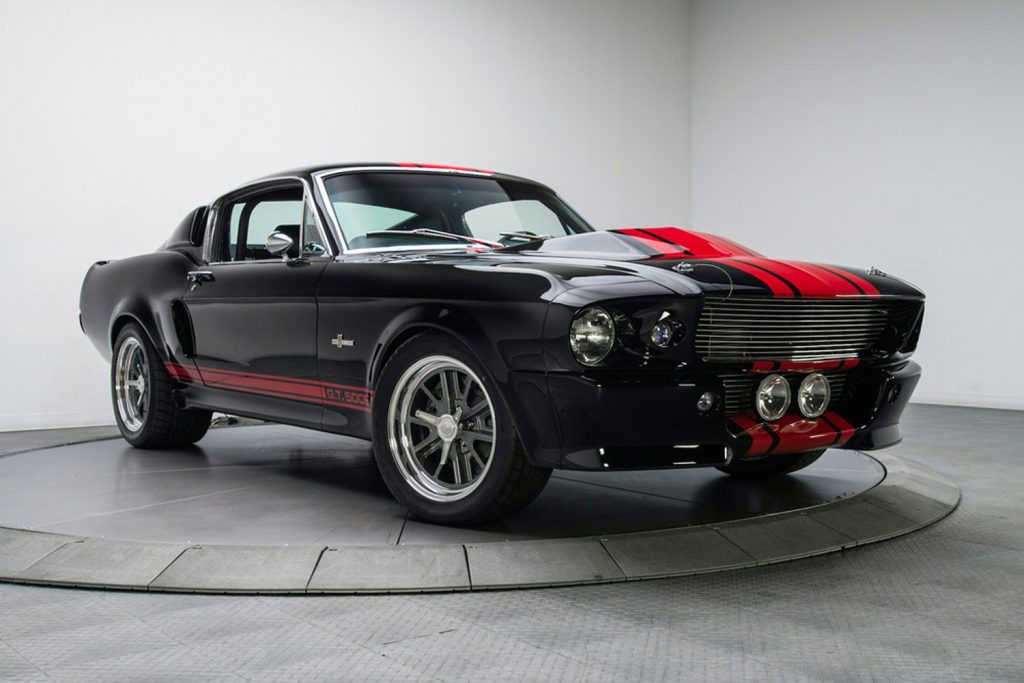 The car in the images here isn’t what some would consider a real 1967 Shelby GT500. The story of this car starts in 2001 when Carroll Shelby allowed Unique Performance of Dallas to build 75 1967 Ford Mustang Shelby GT500E Super Snake cars. The GT500E was the most powerful of the regular production cars that Shelby offered. This one is going up for auction. This history of this particular 1967 Ford Shelby GT500E Super Snake is interesting. The car was delivered in February 2006 and then returned to Unique Performance for service in early 2007. While there, Unique entered bankruptcy, and the car ended up in the custody of the Texas State Police. When the car was finally released from police impound, it was sent to Revved Automotive Performance for service and repair from its time in lockup. The vehicle is Raven Black with red stripes and is #23 of 43 cars that use a bored and stroked Shelby Performance 427 cubic-inch V8 engine with 482 cubic-inches of displacement. The car is also fitted with a Vortech Supercharger and a RAM hydraulic clutch. The transmission is a TREMEC TKO600 5-speed manual, and power goes through a 3-inch aluminum driveshaft to a rear with 3.50 gears and a Torsen diff. The brakes are 4-wheel disc, and the car rolls on 17-inch American Racing Shelby Cobra wheels. Inside the Mustang has a special shifter, custom leather, and racing harnesses along with Super Snake badges and Carroll Shelby’s signature.

It also has a full-size spare, NOS tank, fuel cell, and Sony subwoofers. The car is in the Shelby Registry as CSE67431F41SS023, but now has an Arizona assigned VIN. The Mustang is being auctioned by Barrett-Jackson with no reserve at the Scottsdale 2020 auction starting this weekend. Check out this 1966 Shelby Cobra 427 going up for auction this month. 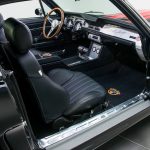 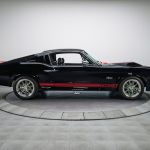 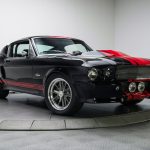 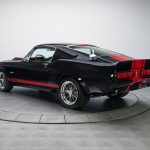 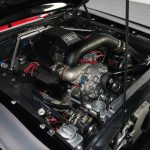