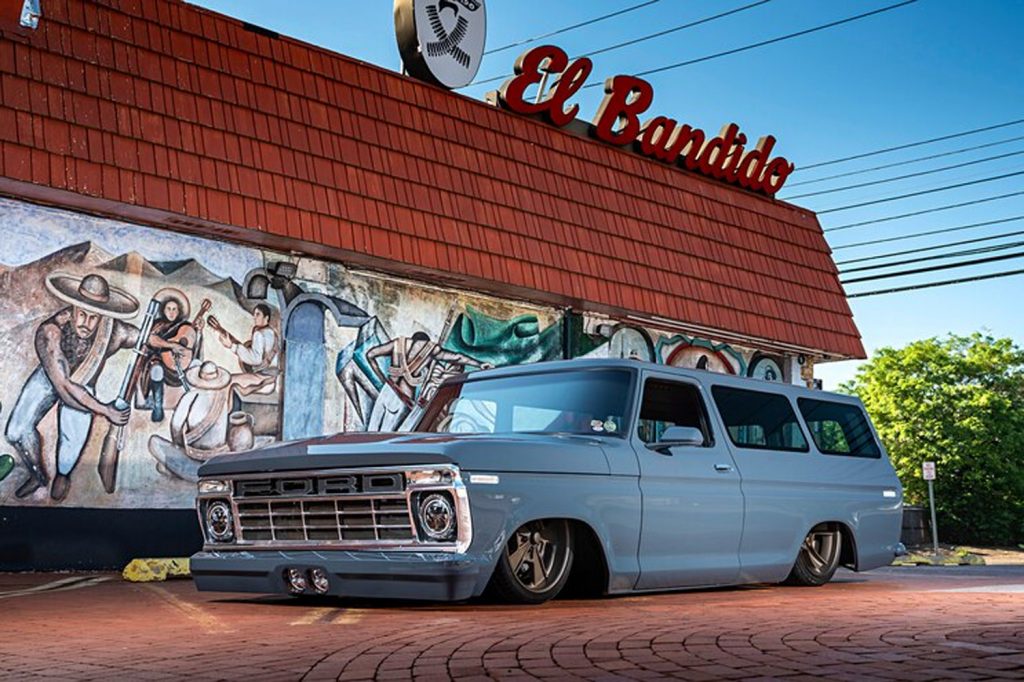 The truck you see here looks rather like Ford’s attempt to fight the Suburban in the mid-1970s. It’s a 1976 Ford B100, and they were built in Mexico by 13 different coachbuilders. They arrived at the builders with nothing but the chassis and cab. 1976 Ford B100 trucks were built in two, three, or four-door versions. This particular truck had gauges and dash pieces in Spanish when it was found. Since its beginnings, the truck has been converted into one very cool low-rider/hot rod that may make a lot of people out there want their own B100 truck. River City Rods & Fabrication in Davenport, Iowa, built the truck, completely transforming it in a build process to get it ready to debut at SEMA. The work started on the truck body first by chopping the roof, flush mounting the glass, and laying the windshield back 10-degrees. The front grille is meant to remind of a Ford Raptor and was cut out of a 73-pound chunk of aluminum. On the roof of the B100, the ribs that run down for rigidity and style were made from billet aluminum. After all the bodywork was complete, the team had it painted in the very attractive PPG Graphite Metallic Blue at Stoll’s Auto Body. The original chassis was replaced by one from Roadster Shop using a Spec Series Chassis with airbags added to allow the Ford B100 to lay on the ground when wanted and ride comfortably high when it’s ready to cruise. The car rolls on 20 and 22-inch Billet Specialties Knuckle Wheels with Falken tires. One of the coolest things done in this build is cramming a 5.0-liter Coyote V8 under the hood that was originally in a 2015 Ford Mustang GT. The engine has aftermarket parts, and cool custom valve covers meant to mimic and old 427 cubic-inch “Cammer” engine. The interior is all custom with a custom steel dash, Dakota Digital gauges, seats from a Ford Thunderbird, among other touches. The finished product is one very cool truck that we’d love to spend some time in. Check out this vintage 1976 Ford Bronco. 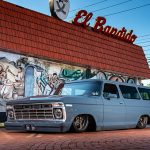 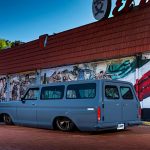 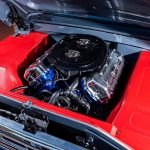 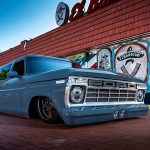 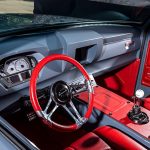 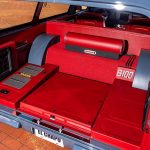 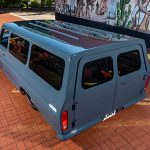