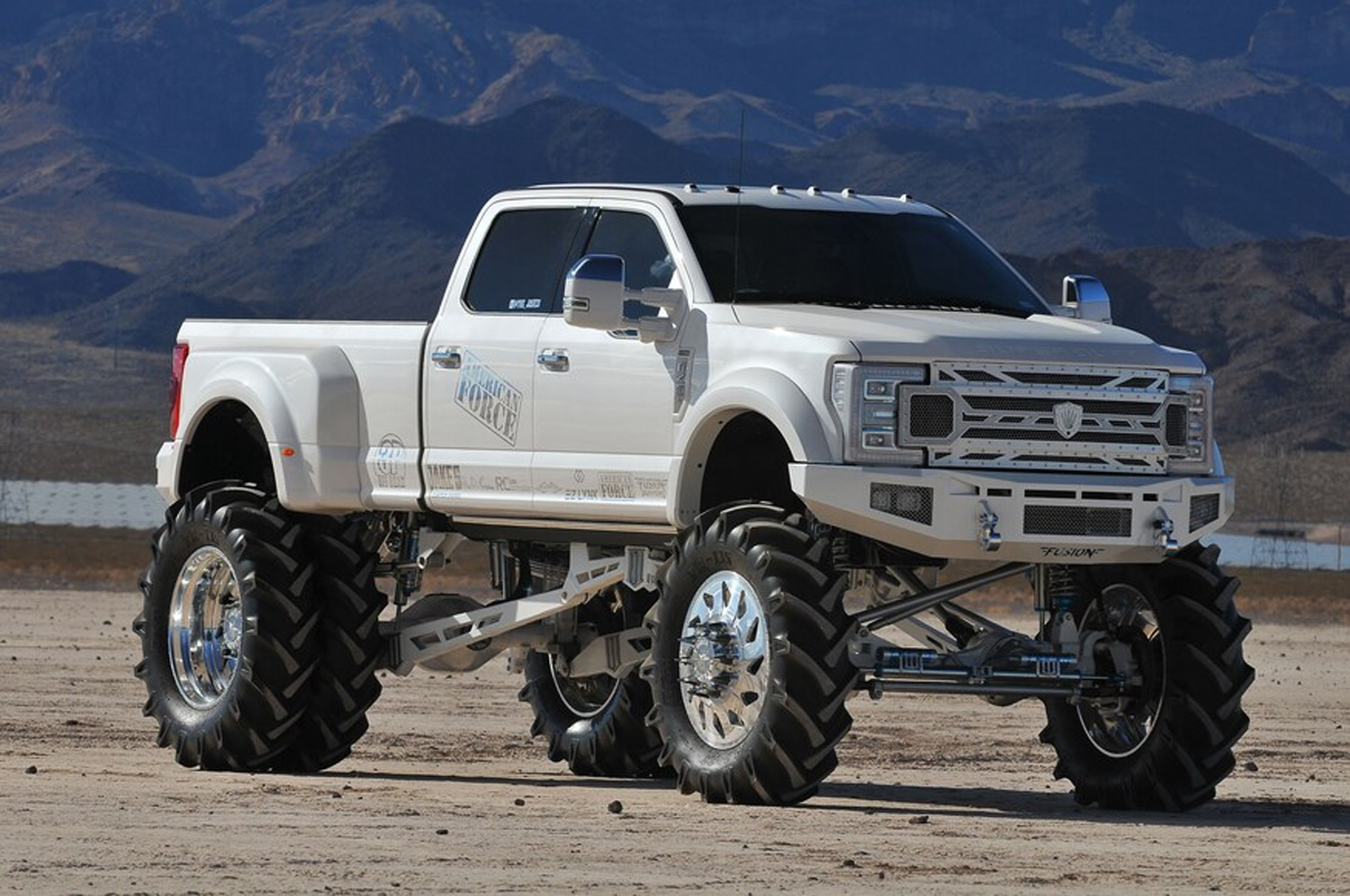 It doesn’t matter what state you live in; you will run across massively lifted trucks. Unless you go down to the monster truck show, we don’t think that you’ll see a truck as high off the ground as this 2017 Ford F-450 dubbed the Alpha Dually. Owner Josh Burnett decided to build the truck for SEMA, something he had experience with, but none of the rides he had been commissioned to build ever made it. When he went to start his own build aiming for SEMA, he looked for companies to help and agree to put his truck in their booth. The first company that helped him out was American Force Wheels giving him the 28-inch American Force Fury wheels seen on the truck. The first set of tires meant for the truck didn’t work, but eventually, the set on it appeared. The suspension includes King Coil-overs, King double bypass remote-reservoir shocks, and a linked 3rd Coast subframe along with dual remote reservoir steering stabilizers. Power is from a 6.7-liter PowerStroke diesel that is tuned. The transmission is the stock Ford part. We can’t stop wondering how you get into a truck this big. It makes this F-450 on 37s look small by comparison. 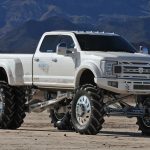 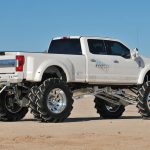 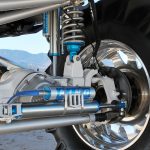 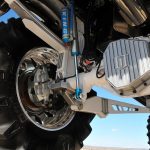 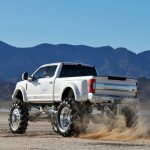 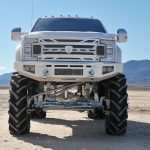 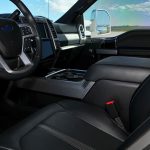 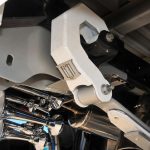 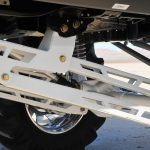 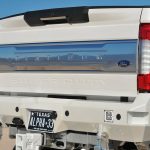 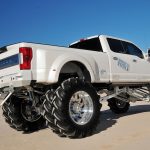