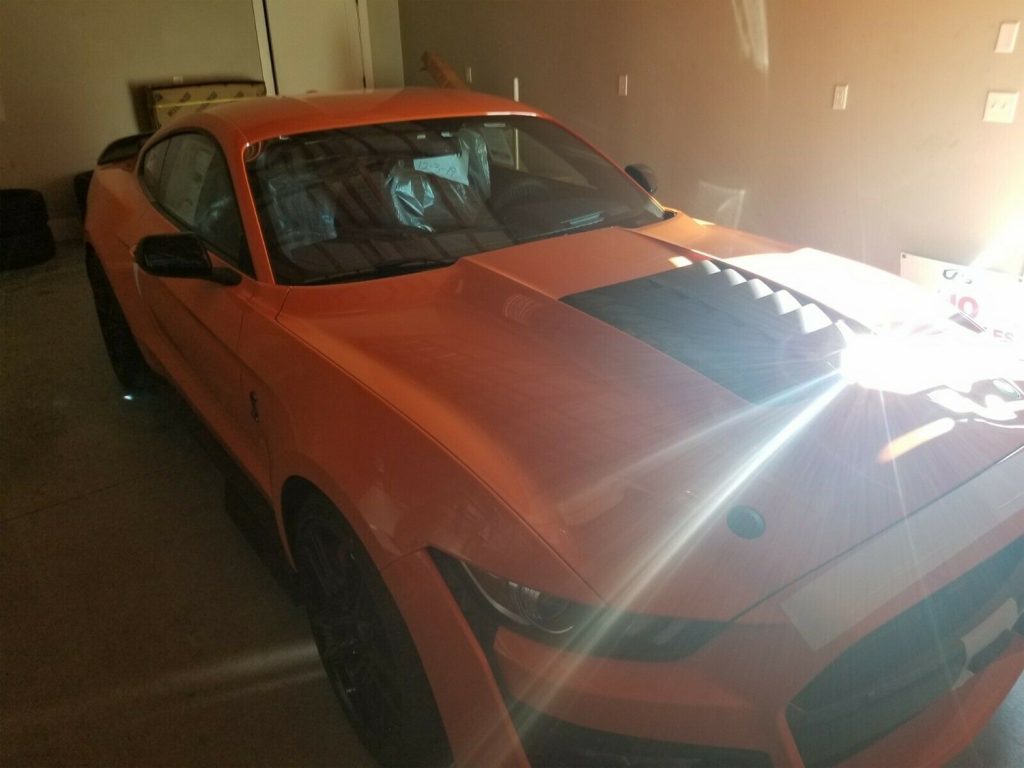 It has only Twister Orange Paint and Recaros added to the base price. The MSRP on the window sticker that is uploaded shows the car stickered at $76,085. Note that this isn’t someone trying to flip a car that hasn’t even been delivered. This appears to be an auction for a car that someone has bought and now wants to flip. We’d be willing to bet a bunch of the folks who have made the 45 bids have no idea they are paying another $76,085 on top of their bid. The car is listed as new with 14 miles. The seller says that this is a dealership, but we aren’t sure if this is a Ford dealership. If the car is titled in the seller’s name, it is technically used, but that isn’t clear. We’d rather have that cheaper 2020 Shelby Super Snake.