One of the rarest of modern Mustangs that you will probably never see in the world is the 2009 Ford Mustang Iacocca 45th Anniversary Edition. These cars were produced in very limited numbers, with only 45 being built. They were made to celebrate the 45th anniversary of Iacocca and Ford introducing the Mustang at the 1964 World’s Fair. Bonhams is auctioning a 2009 Ford Mustang Iacocca 45th Anniversary Edition that is even more special because it is the personal car that belonged to Lee Iacocca. The car has been in the Iacocca family since it was brand new and has only 220 miles on the clock. These cars were standard Mustang GTs of the era with fancied up bodywork and interiors. The engine was a 4.6-liter V8 that the seller says made 320 bhp. The Bonhams listing has no reserve, so the highest bidder will take it home. Bonhams is expecting $50,000 to $75,000, which is less than the car cost new. In 2018, an example sold with Barrett Jackson and went for $64,900. We wonder if the fact that Lee Iacocca personally owned it will increase the value of the car. The car is the 32nd unit built. The listing doesn’t say if the car comes with all the original paperwork. Lee Iacocca was a central character in the film “Ford v Ferrari.” 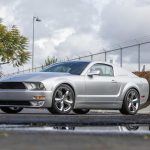 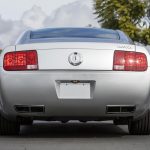 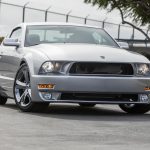 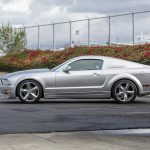 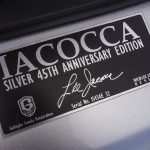 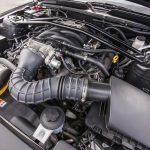 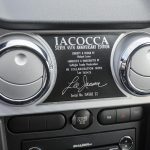 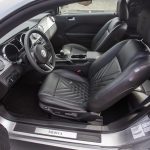