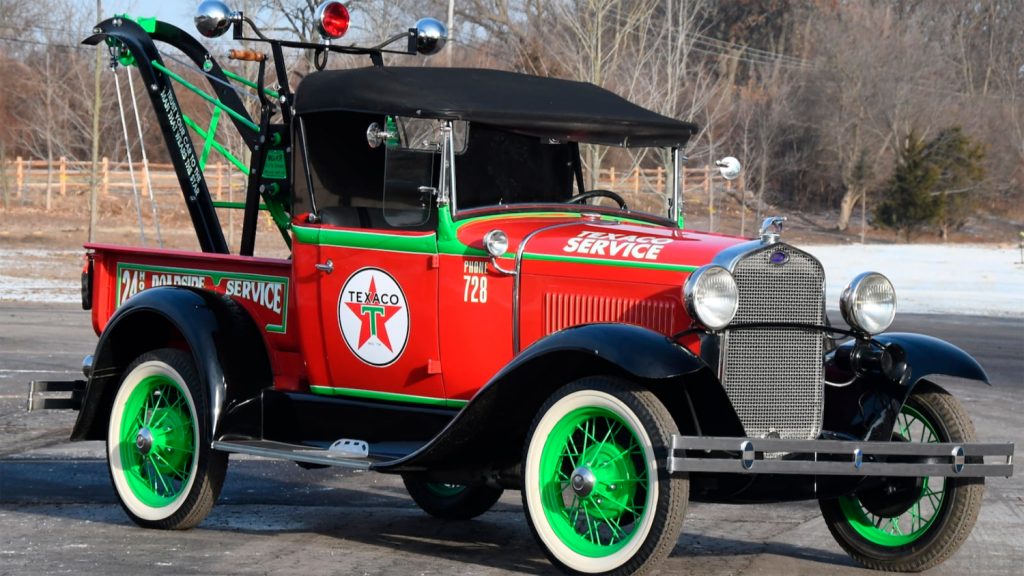 Mecum Auctions held a major auction earlier this month with all manner of collectible cars available for purchase. The highlight of the show was certainly the 1968 Ford Mustang GT that was the hero car in the iconic Steve McQueen film “Bullitt” selling for $3.74 million, including the buyer’s premium. Another of the beautiful vehicles that were for sale at the same auction was this 1930 Ford Model A Texaco wrecker truck. 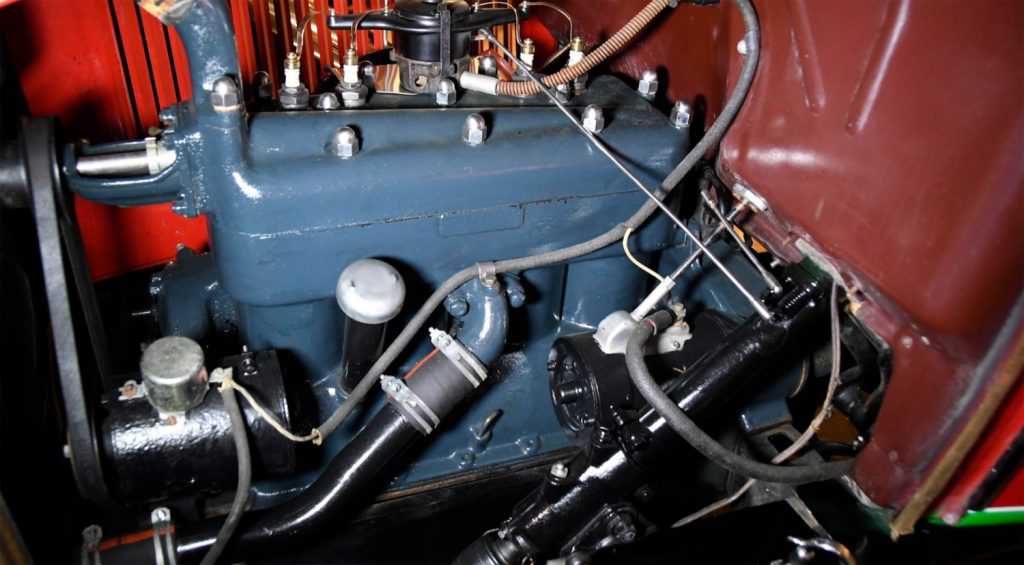 It started life as 1930 Ford Model A Roadster pickup converted to look like a tow truck that would’ve been used by Texaco for roadside assistance in the era. The truck has a fantastic paint job with the red, green, and white livery complete with the Texaco Star on the door. The truck has a steel body and fenders and a removable roadster top. 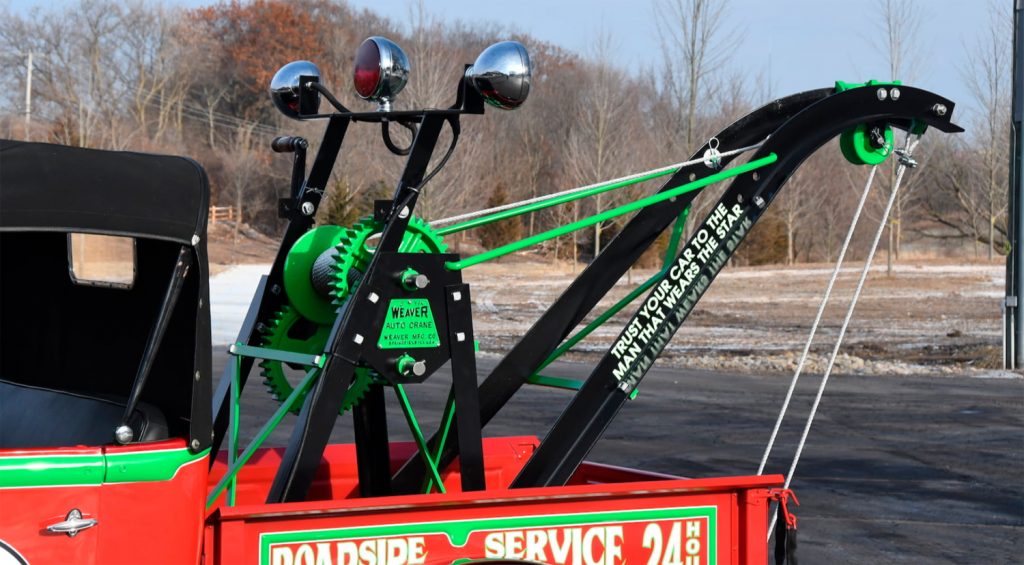 The engine under the hood is a 40 hp L-head four-cylinder paired up with a three-speed manual transmission. The basic interior inside the truck is done in black vinyl. The bed of the truck is filled with a Weaver Auto Crane hand crank and cable. Other features include a custom chrome light bar fitted with an emergency red light and a pair of work lights. 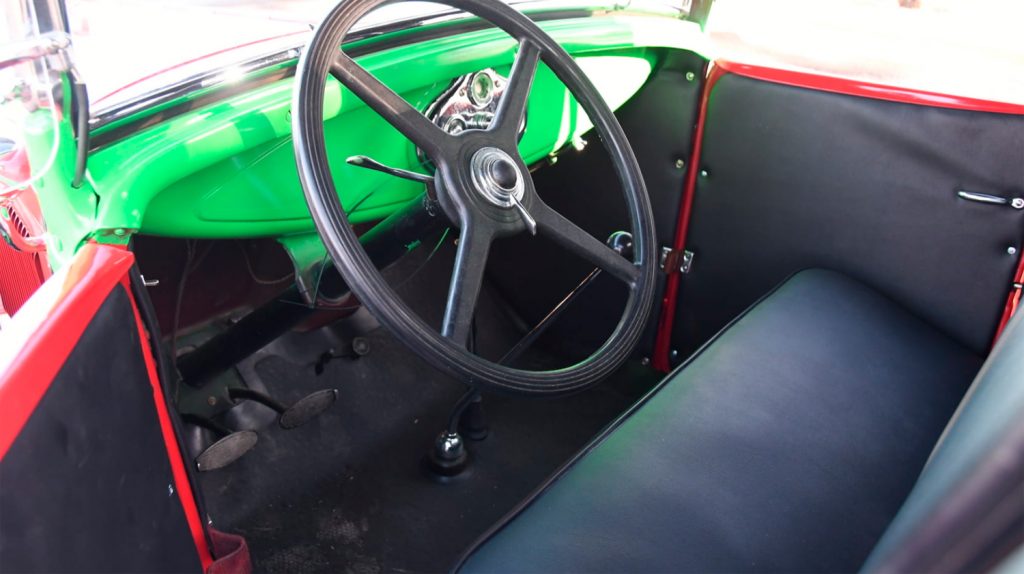 Other features include dual cowl lights, taillights, wind wings, and step plates. The truck is fitted with a chrome stone guard and has a varnished oak bed. All four tires are white walls, fitting for the era, mounted on green wire-spoke wheels with a side mount spare tire. As clean and unique as the truck is, and even though it was a star of the auction, the vehicle failed to sell. The truck would make a very cool car show cruiser. 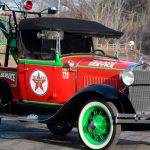 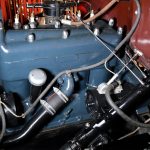 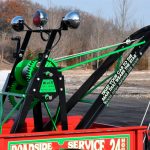 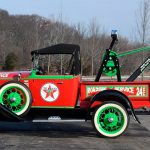 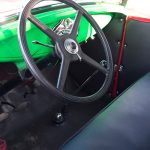 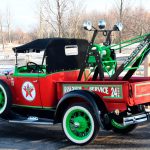