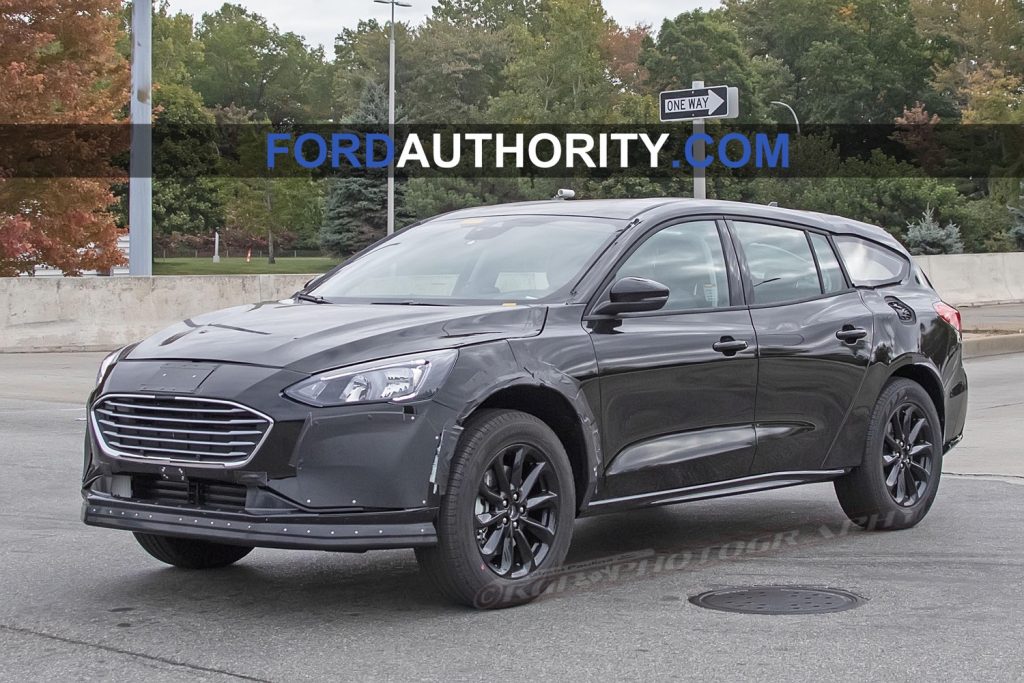 Ford wants people to buy SUVs, but some buyers are opting for other brands of cars instead of SUVs. With all Ford cars dead, including the Fusions, there has been some speculation that a lifted height Fusion Wagon may come to market to compete against cars like the Subaru Outback. We’ve seen images of just such a car in testing, and now we may know its name.

Ford Europe has filed a trademark on the Stormtrak name. Speculation is that Ford Stormtrak could be the name for the next-gen Ford Fusion-based lifted ride height car. A lifted ride height car would give divers the utility and driving position of an SUV while being more car-like, aiming to satisfy those wanting a car. Subaru certainly does well with the Outback, but VW didn’t fare so well with its Golf Alltrack competitor that was only around a few model years. There were rumors that Ford would retain the Focus Active in the U.S. before escalating tensions with China, and tariffs ended that plan. Interestingly, the lifted heigh Fusion was seen testing in the U.S. in October. That’s not a guarantee that the model would make it to the States if it did enter production.

With the trademark application being spied in Europe, it’s possible that the vehicle would only be for the European market. It’s also possible that the Ford Stormtrak name is for an altogether different vehicle, like a Ranger pickup. Considering we’ve seen the lifted Focus in testing and we know that a new Focus/Mondeo platform is coming in Europe, a lifted version skirting the gap between crossover and sedan would make sense. Would Ford fans not wanting an SUV be interested in a lifted Focus car in the States?