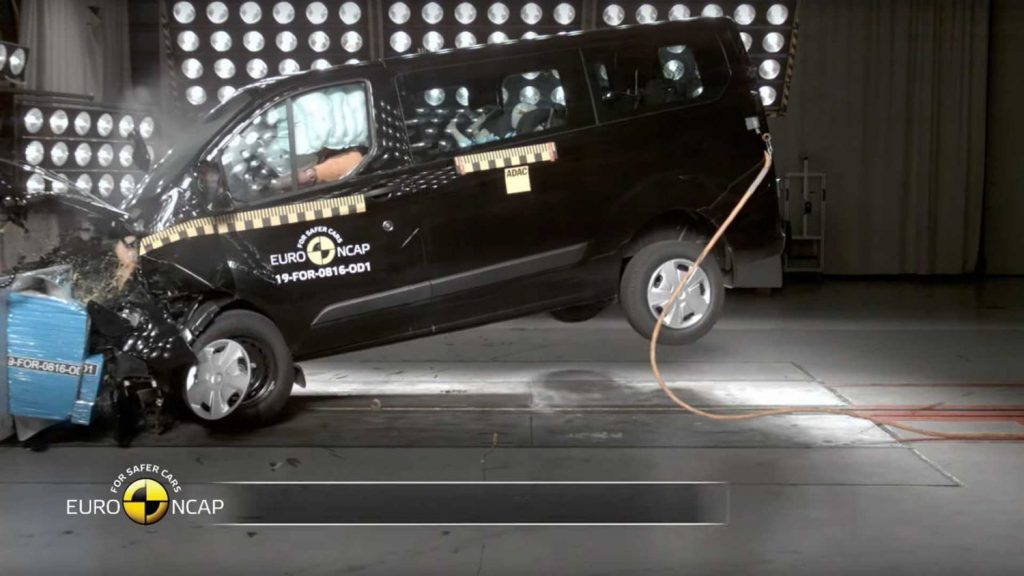 Just as happens in the U.S., in the U.K., vehicles are crash tested to determine a safety rating that is used by many consumers to make buying decisions. Recently the European crash testing body, Euro NCAP, tested the Ford Tourneo Custom PHEV/Ford Transit Custom PHEV. The only difference between the two vehicles is that the Tourneo is the passenger version, and the Transit is the cargo version.

Euro NCAP appears to have performed extra tests on the new PHEV version of the vehicle and added the results to the report that has been available of the Transit/Tourneo since 2012. The testing agency now says that the ratings apply to all Transit and Tourneo vans, including the PHEV, with the safety specification tested. The Ford Transit Custom PHEV maintained the 5-star score that the vans have had since 2012. Breaking down the test scores indicates the following:

The video of the updated model being tested is embedded here.
It’s always an eye-opener to see terrible accidents in slow motion in these sorts of videos. It’s also always a surprise to see how fast the airbags deploy. They are always out and ready to cushion a blow before the damage even shows up on the vehicle hood. The van holds up very well to a side-impact collision. The impact from the side into the pole looks bad, and it appears the seat comes lose in the accident. That poor baby crash dummy’s legs in the frontal impact video look as if they would come out of their sockets in real life. Ford stopped taking orders for the PHEV vans not long after opening orders up.