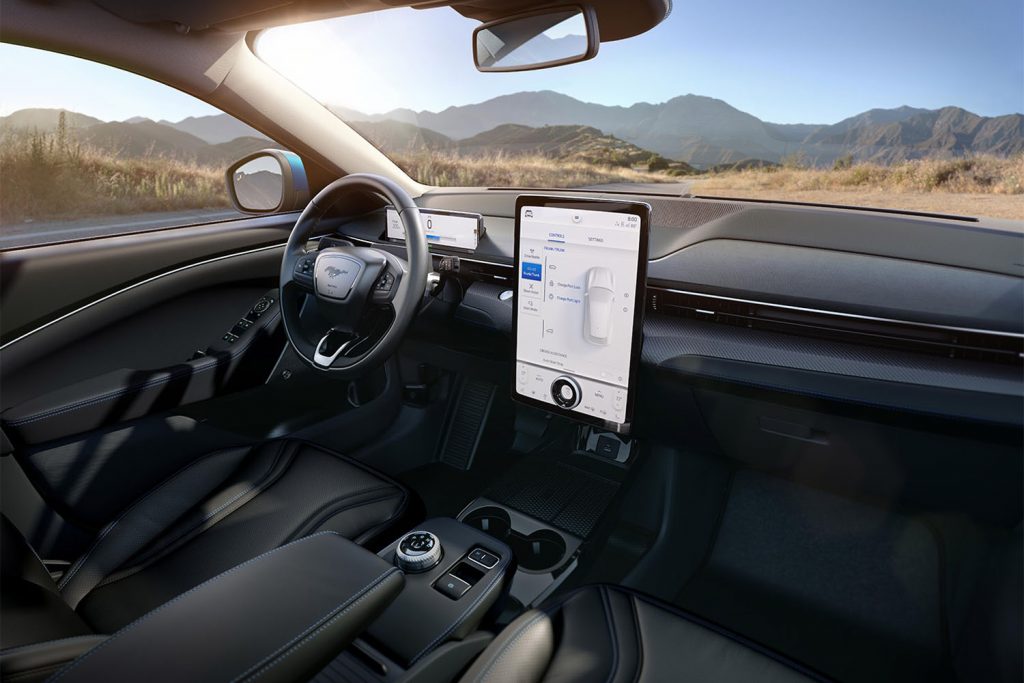 Garmin has announced that it has a new strategic relationship with Ford that will see Ford integrate the Garmin cloud-based navigation and connected services platform for Ford drivers. Garmin navigation technology will be integrated into the next generation of Ford Sync communications and entertainment system.

Garmin says that later this year, next-gen Sync users will get access to its industry-leading navigation features, including cloud-based mapping and routing, EV routing, range management details, and connected services to deliver an “optimal driving experience.” The first Ford vehicle to get these next-gen features will be the Ford Mustang Mach-E. Garmin’s Matt Munn, automotive OEM managing director, says that while the first collaboration will be the Mach-E, the company is looking forward to expanding its offerings across multiple vehicle platforms in the future. It’s no surprise that the Garmin software inside the Sync system for the Mach-E will help drivers to find charging stations or to map routes based on their range. This is the first confirmation we’ve seen of those features.

Garmin doesn’t say if its tech offered via Ford will include access to voice assistants, but it’s automotive OEM solutions do support Nuance, Amazon, and Google Voice assistants. Ford has talked a bit about the Sync 4 system that will be in the Mach-E, noting that it was OTA upgradable and that it could suggest actions for you to do at certain times of the day, such as call home when leaving work.

Ford And Rivian Scrap Plans To Collaborate On EV