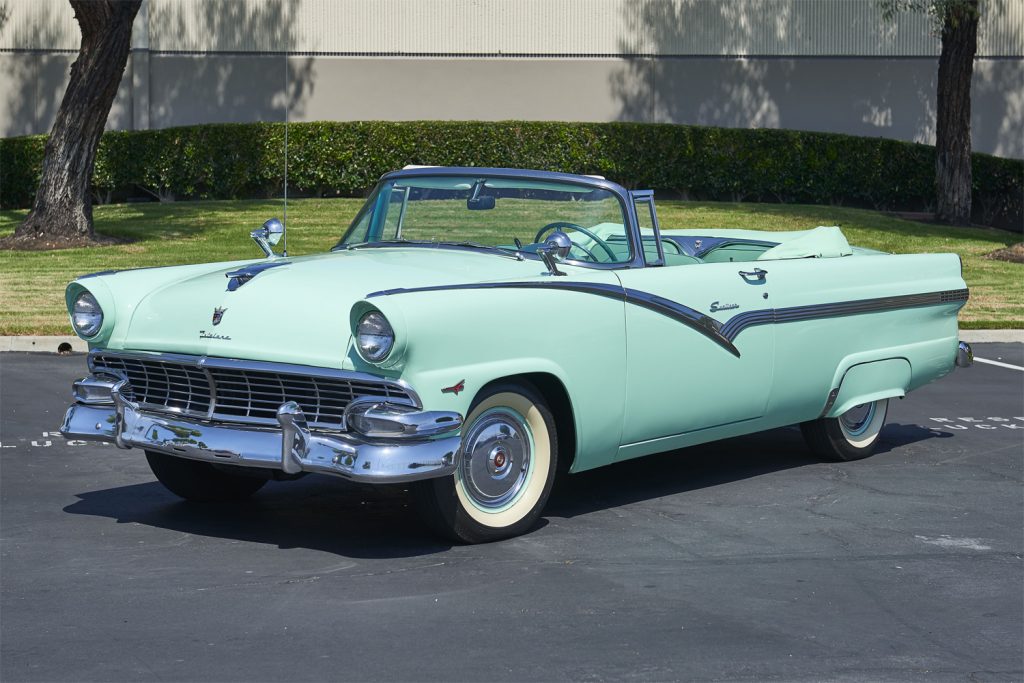 The cars of the ’50s are some of the most beautiful rides ever produced in America. Case in point is this excellent 1956 Ford Fairlane Sunliner convertible. The car is powered by a Ford 312 cubic-inch Y-block OHV V8 engine. The transmission is a three-speed manual with overdrive. The beautiful exterior color is called Meadow Mist Green, and the interior is green and off-white. The entire color scheme is beautiful. The soft convertible top on the car is white, and the entire car looks showroom fresh. The seller has owned the car for about a decade, and it originally had a 272 cubic-inch V8 under the hood. The seller says that the 1956 Ford Fairlane Sunliner engine needed a rebuild, and the original motor has been rebuilt so many times there wasn’t enough material left for the machine shop to bring it back. That original engine was replaced by the 312 cubic-inch engine and a Carter four-barrel carb from a 1957 Fairlane. The new motor was rebuilt with new and reconditioned parts. Relays for the electrically operated overdrive for the transmission were redone, and the clutch was replaced. The paint isn’t original and was a respray in a correct Ford color from 25 years ago. The paint isn’t Concours quality, but the car is a solid driver. The seller also notes that the side chrome is reproduction parts, the driver door has been replaced, and the bumpers will need a chrome at some point. The car does include a boot that matches the body color for the soft top. The seller says that the car is ready to cruise. The asking price is $41,700.