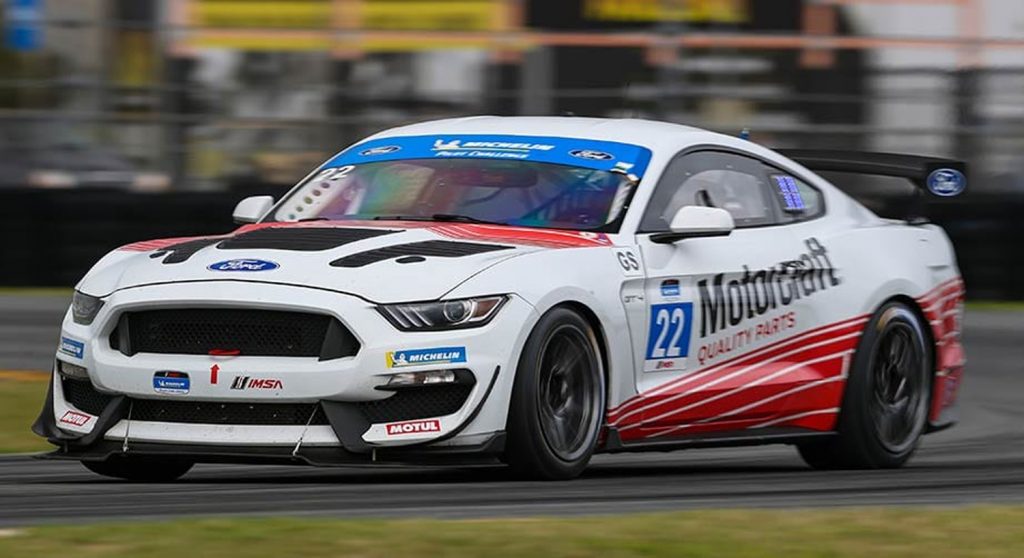 Hailie Deegan recently signed with Ford as a development driver with the DGR-Crosley team that is a driver development program for Ford. The goal is to prepare drivers to race the more significant series in NASCAR. Deegan got her first chance to drive for the team last weekend during the Road Before the Rolex 24 At Daytona practice sessions.

She is looking forward to her first debut race in the IMSA Michelin Pilot Challenge race at the grand track on January 24th. Deegan said that she didn’t think her first time at Daytona would be on a road course; she expected it to be in an ARCA car. She said that she was happy to be at the track running the road course. Her Menards Series debut at Daytona will come after the Rolex 24 race and only weeks after she was formally announced as a Ford Performance development driver. Deegan will co-drive a Ford GT4 Mustang with Chase Brisco in the IMSA Michelin Pilot challenge race at Daytona this month.

The team will have another car on the track with Austin Cindric driving a Multimatic Motorsports team car with Sebastian Priaulx as co-driver in the No. 15 Mustang. Deegan says that she is excited to gain experience in the new cars. She says that her career hasn’t had road courses.

She says that racing on the road course will help her to be a better all-around driver. She wants to be good at ovals and road course and feels that the experience in the GT4 Mustang will help her career progress. Deegan and her co-driver were 14th fastest in opening practice and ninth quickest in the second session.