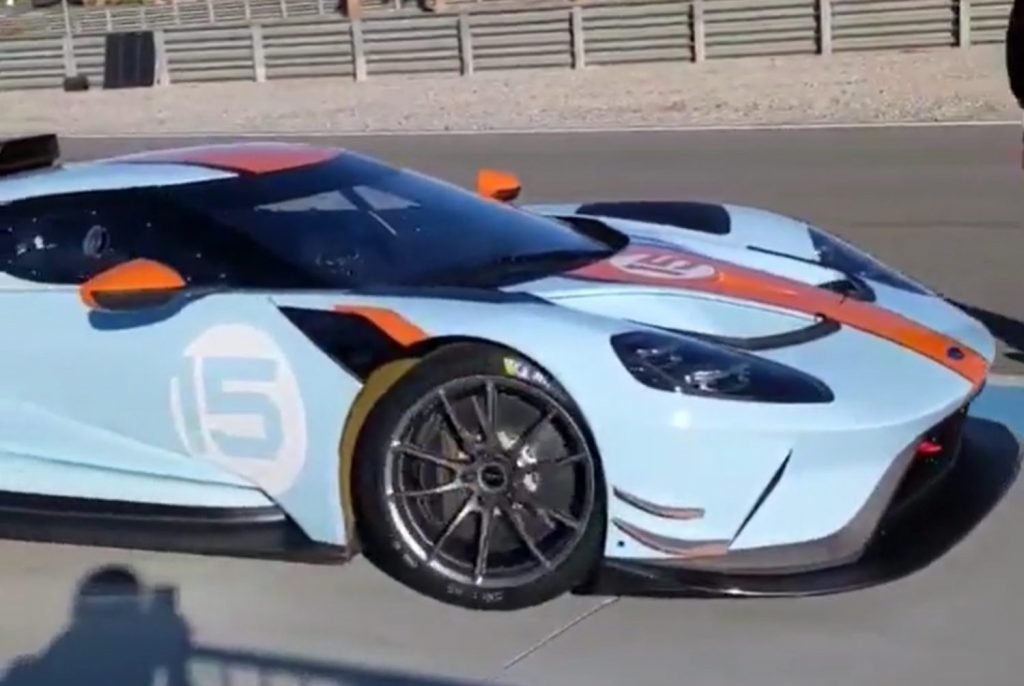 Of all the cars that Ford makes, one of the coolest is the Ford GT. The first-gen cars with their supercharged V8s were great, but the second-gen Ford GT cars are faster. Ford made an even faster version that launched last year called the Ford GT MK II. This version of the car was designed specifically for the track and isn’t street legal.

The cars are in production now, and the version we see here is the first customer car we have seen. It’s wearing the number 15 on the flanks and is painted in Gulf livery colors. We don’t know who this car is for, but you do get to hear what an actual customer car sounds like.

The car sounds very good; you can certainly hear the turbos spool. The Ford GT MK II is the version of the car that Ford made with no race series rules to see what the car can do. Ford is building only 45 of these rides. Each of the buyers gets to work with Multimatic, the company building the cars, to design their own livery.

All of the cars have a painted-on livery, none of them are using stickers of any sort. We had wondered about the large Multimatic gear logo on the side of the car; it’s on the side of this car, leading us to assume that the logo is a required part of the car. We wholeheartedly approve of this one painted in Gulf colors.

The car has a 700 horsepower 3.5-liter EcoBoost engine with race-proven aerodynamics and competition handling. That is 200 horsepower more than the race car produces and should make the Ford GT MK II very fast.