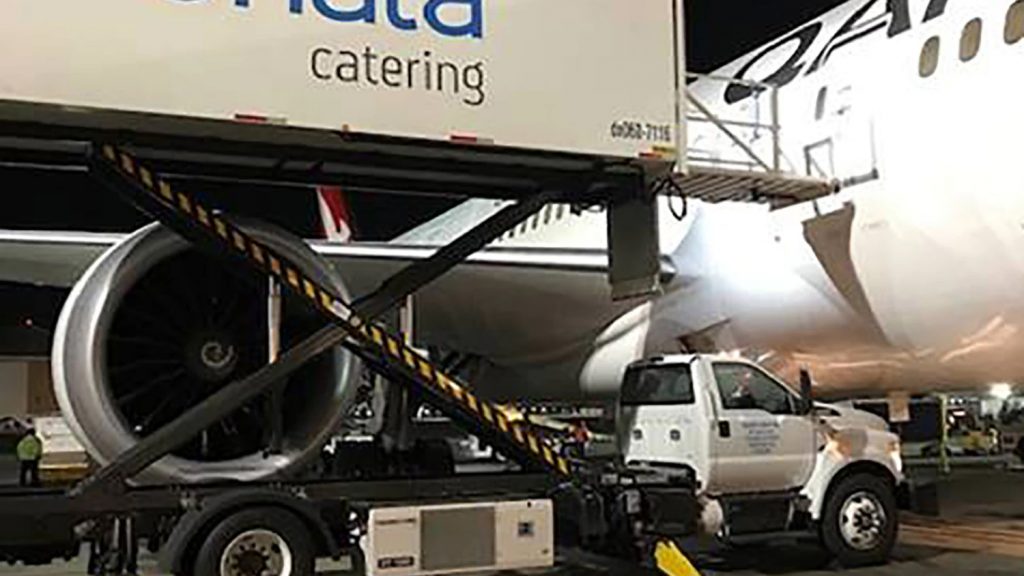 Big cities and municipal organizations are likely to be the biggest consumers of electric trucks when they land, particularly in California. Until that happens, there are retrofit kits to make Ford trucks EVs, and there are trucks powered by propane, which are near zero emissions. Los Angeles International Airport took delivery of eight propane-powered Ford F-750 trucks built by Roush CleanTech at the end of 2019.

Each of the Ford F-750 trucks uses a 6.8-liter 3V V10 engine that runs on propane. The eight trucks will be used at LAX by dnata, a company that supplies inflight catering to aircraft. The order of eight propane-powered trucks, Roush, has now built and deployed 20,000 propane autogas vehicles.

Roush started with propane vehicles in 2010 and has built a mix of Ford medium-duty trucks and Blue Bird school buses. So far, the trucks have accumulated more than a billion miles and have been used by more than 1,200 customers. The truck are 90 percent cleaner than the EPA standard for “certified to the optional near-zero nitrogen oxide level of 0.02g/bhp-hr.”

The CEO of dnata catering USA says that the top priority of the company is to operate a clean and safe fleet. The propane-powered Ford F-750 trucks allow the company to reduce emissions without sacrificing safety or performance. The company also notes that propane autogas is half the cost of diesel, and the trucks can refuel at mobile fueling stations.