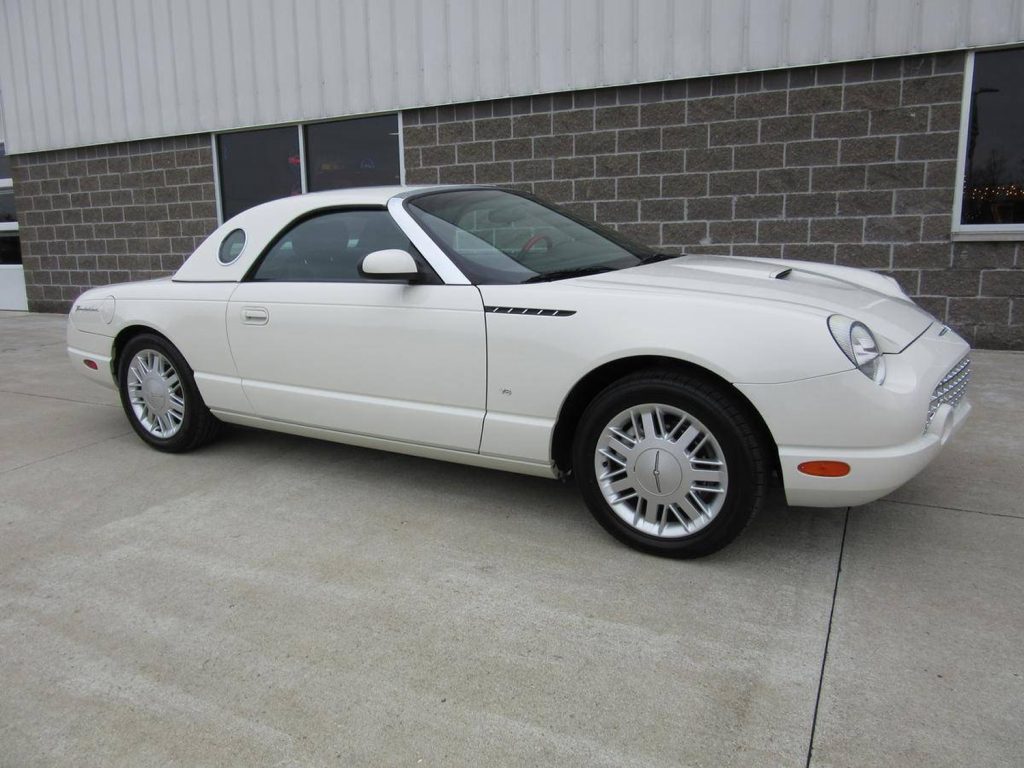 In the early 2000s, Ford made one of its very first retro-styles cars in the form of the 2003 Ford Thunderbird that was meant to be reminiscent of the first-gen Thunderbird of the ’50s. The car wasn’t made for many model years before Ford discontinued it. This example appears to be in near perfect condition. 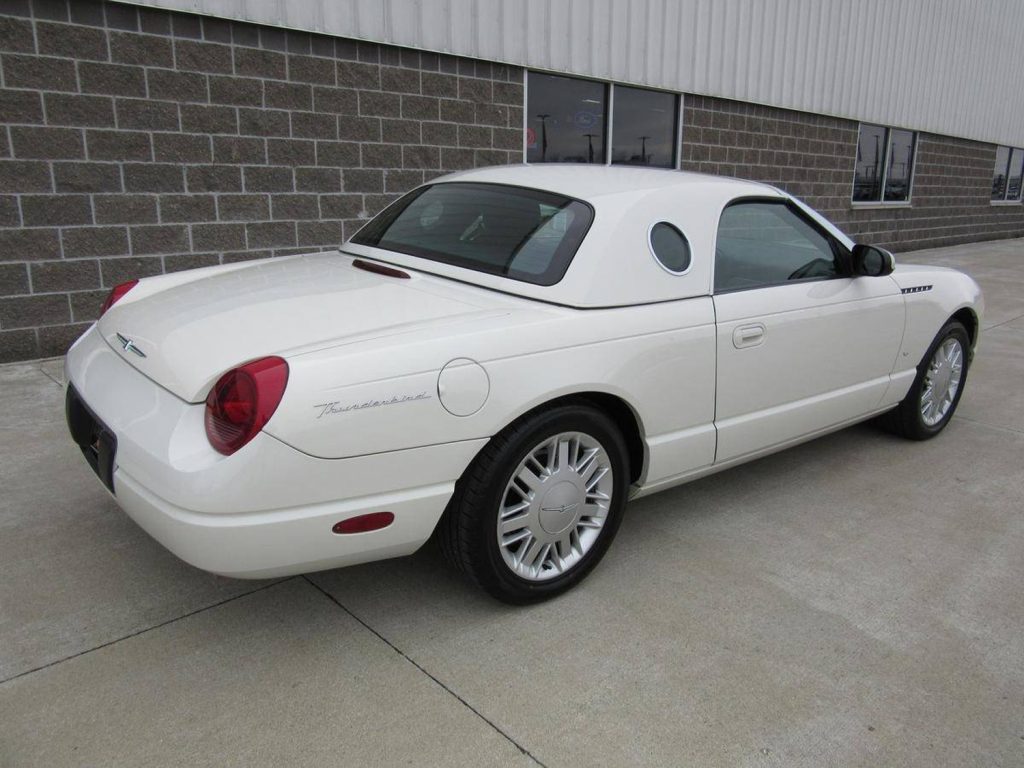 According to the seller, it was owned by one family since it was new. The car has 50,000 actual miles on the odometer. The original owner died in 2017 and left the car to his son. The 2003 Ford Thunderbird is whisper white on the outside with torch red and black interior. It has a hardtop and was garage kept. 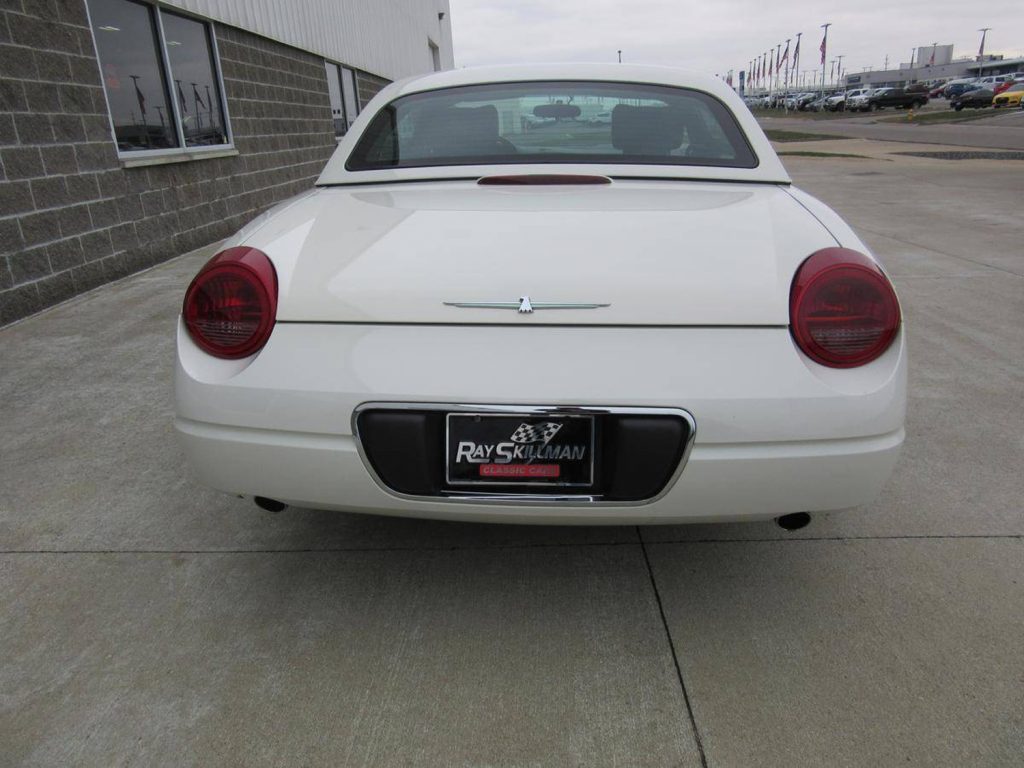 It was recently serviced and comes with the original window sticker, all factory manuals, new tires, and fresh service. The portal hardtop looks fantastic, and it’s unclear if the car has a soft top as well. Other features include automatic AC, AM/FM stereo with 6-disc CD changer, 17-inch aluminum wheels, and a nice sound system. 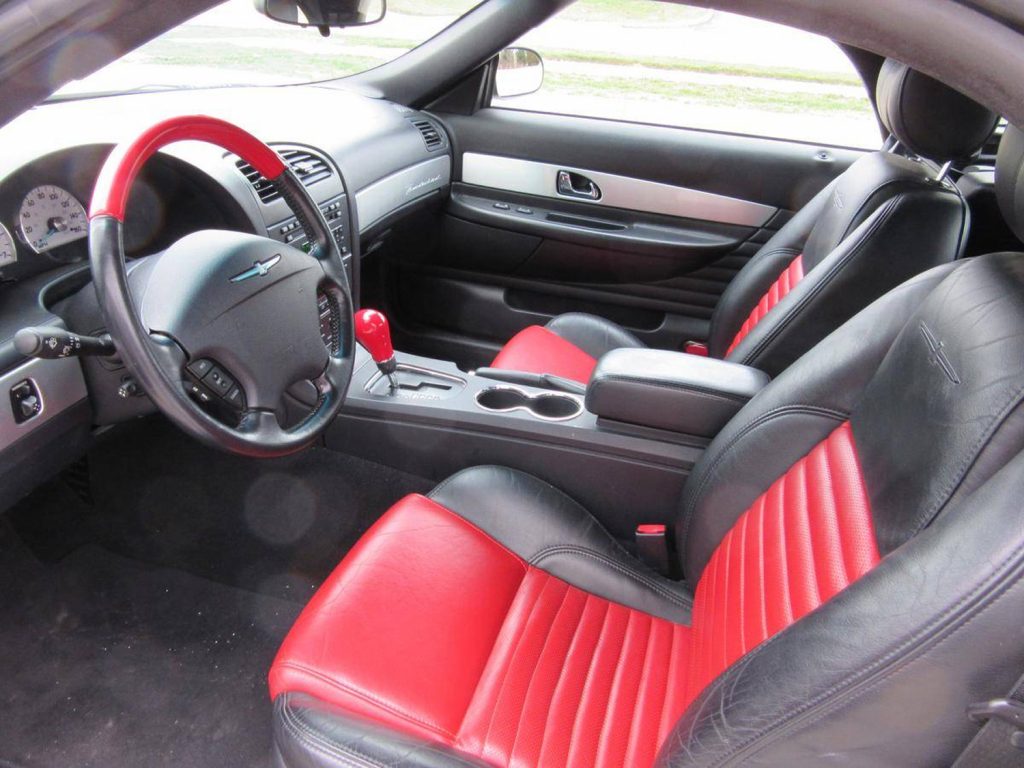 The Thunderbird had a 3.9-liter V8 engine paired up with a 5-speed automatic. It made 280 horsepower and 283 pound-feet of torque. The car was rear-wheel drive and included ABS and traction control. They were expensive cars at the time with a price starting at $36,815. the hardtop was a $2,500 option. 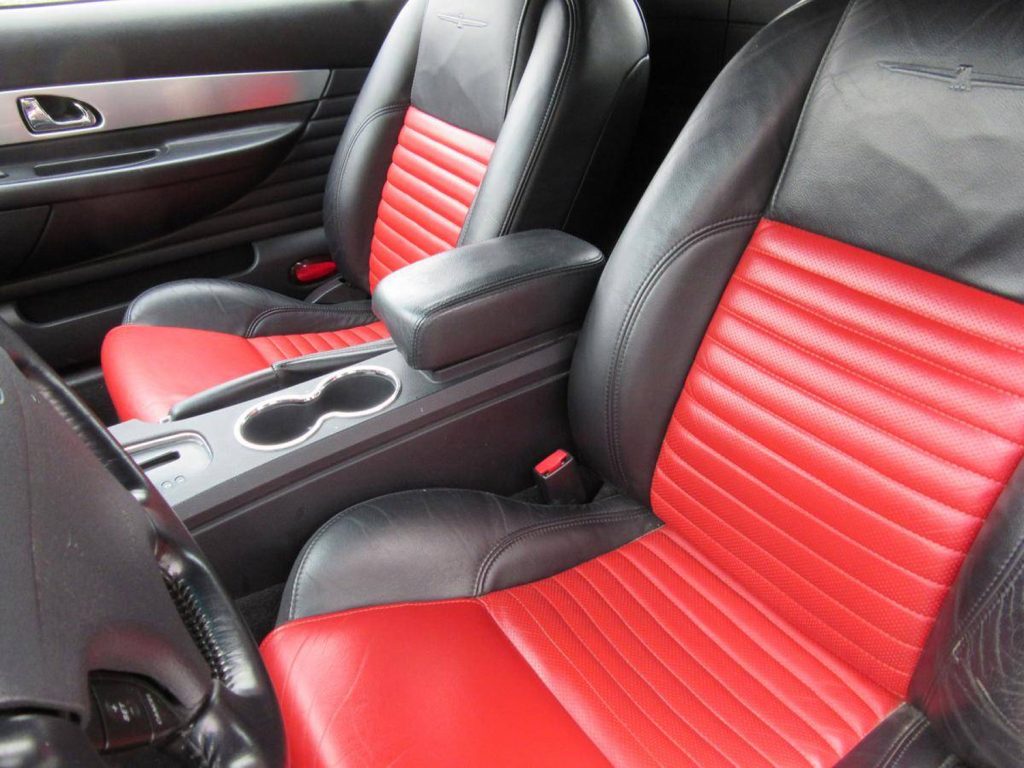 Worth noting is that in 2003, the car appeared in the James Bond flick “Die Another Day” and to celebrate that a special 007 edition was offered that was limited to 700 units. It does appear that this car has the partial color accent package that gave it color inserts in the seats, steering wheel, and shifter. The car is for sale on Hemmings in a classified ad from a dealer for $16,500.