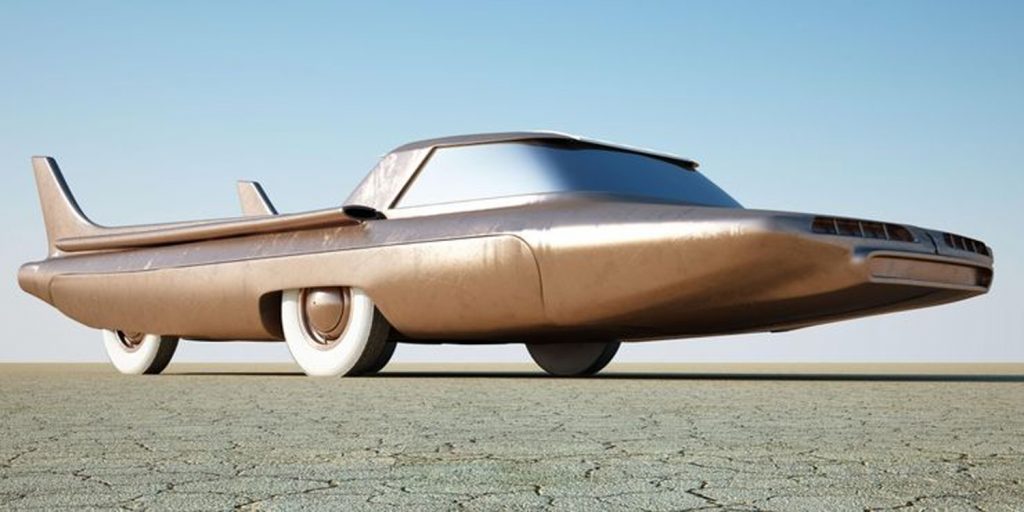 Concept cars are often interesting to see, but no one is surprised when they don’t make it to production. Sometimes a production vehicle is derived from the concept’s styling and some of the features seen on concepts do come to market every now and again. Other times the cars are so far-fetched they never leave the drawing board. The 1957 Ford Nucleon Concept is certainly one of those concept cars that never saw production.

The car came from an era when futurism and nuclear power were a dream many thought would eventually become a common reality. The concept car looked very futuristic, almost like something you would see in the video game Fallout. The concept vehicle would’ve been powered by a mobile nuclear reactor in the trunk of the car. The designers figured the reactor would create steam that would power the car. They believed the vehicle would go as far as 10,000 miles between refueling. The Ford Nucleon Concept was envisioned to be powered by a miniaturized version of a nuclear reactor of the sort found in a submarine. The fuel would be uranium pellets placed in the reactor core. When the nuclear fuel was spent, designers envision the car pulling into a service station to have its uranium swapped out.

Obviously putting a nuclear reactor into the trunk of a vehicle meant to be driven on the roads would be a bad idea. One accident could lead to disaster. The vehicle was never constructed, and the only model is currently on display at the Henry Ford Museum. The fact that this concept was even dreamed up goes to show how differently people in the ’50s thought about nuclear power. Check out the slick 2001 Ford Lightning Rod concept.