Back in 1969, if you bought a brand-new Ford Mustang Mach 1, the biggest engine buyers could opt for was the 428 cubic-inch Cobra Jet V-8 with RAM Air that was good for 335 horsepower. In 1969 that monster motor was $357 option. The stock motor was a 351 cubic-inch engine that made 250 horsepower. The 1969 Ford Mustang Mach 1 you see here might look like a slightly modified muscle car on the outside, but under the hood, it’s thoroughly modern. 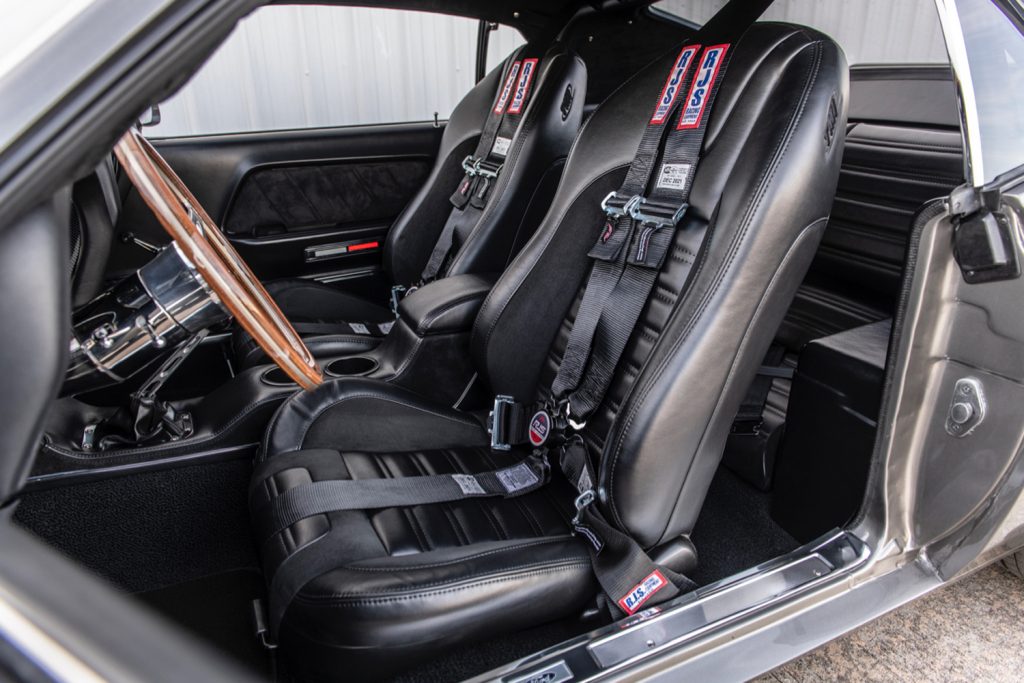 This car, known as “Hitman,” comes from Classic Recreations. Under the hood, it packs a Ford Coyote V-8 engine that makes 1,000 horsepower thanks to twin turbos. Classic Recreations is licensed by Ford to build continuation and recreations of classic Mustangs. 1969 or 1970 Mach 1 builds use either a vintage Mustang body or a new reproduction body, and a fuel-injected Ford crate engine. 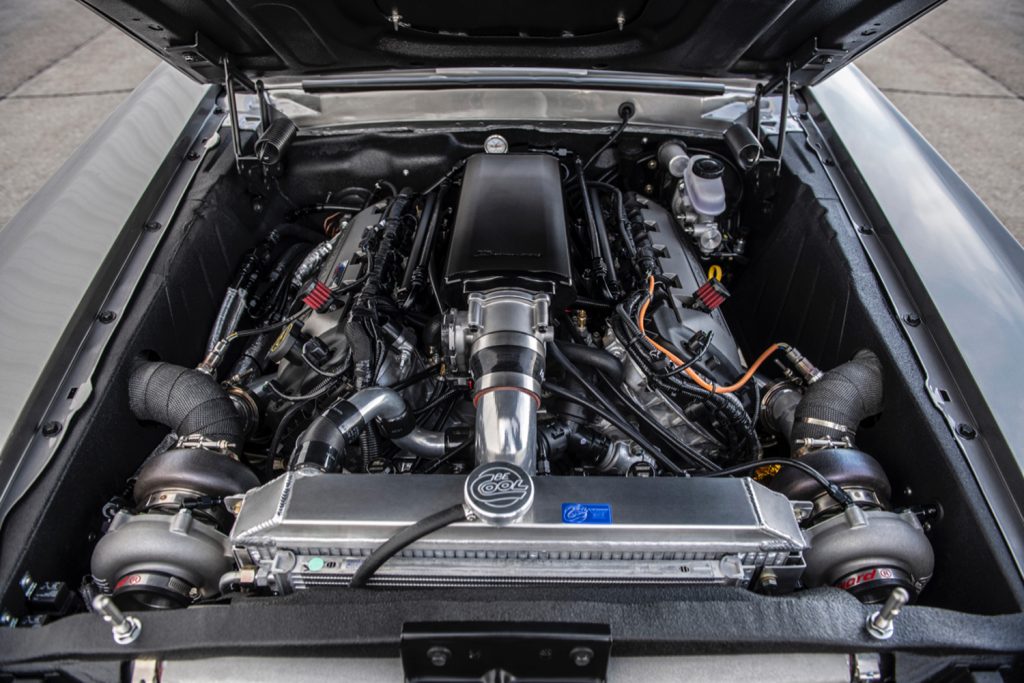 Prices for monsters of this ilk start at $169,000. Hitman, on the other hand, is not exactly stock or a starter vehicle but we aren’t sure what it cost to build. The 1,000 horsepower from that supercharged Coyote V-8 engine goes through a Tremec six-speed manual transmission and a 9-inch rear end with Posi-Traction. The car has coilover suspension front and rear, rack-and-pinion steering, six-piston Wilwood brakes, 18-inch American Racing wheels, and Michelin Pilot Sport tires. 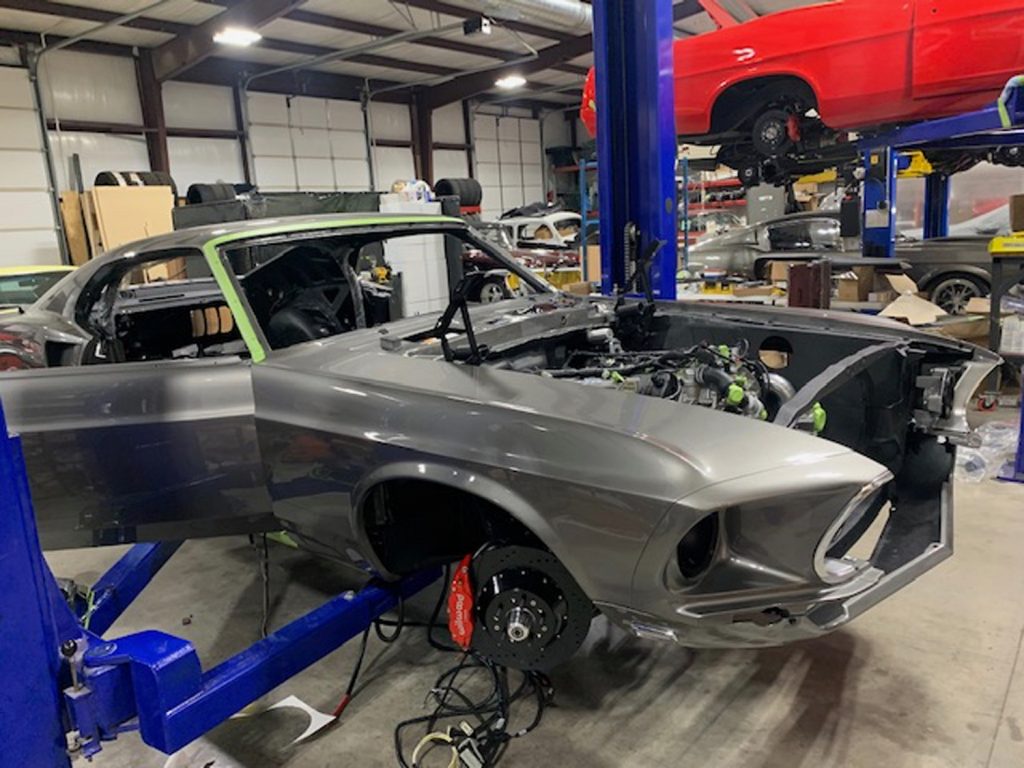 This Ford F-1 Has A 1000 Horsepower Shelby Engine