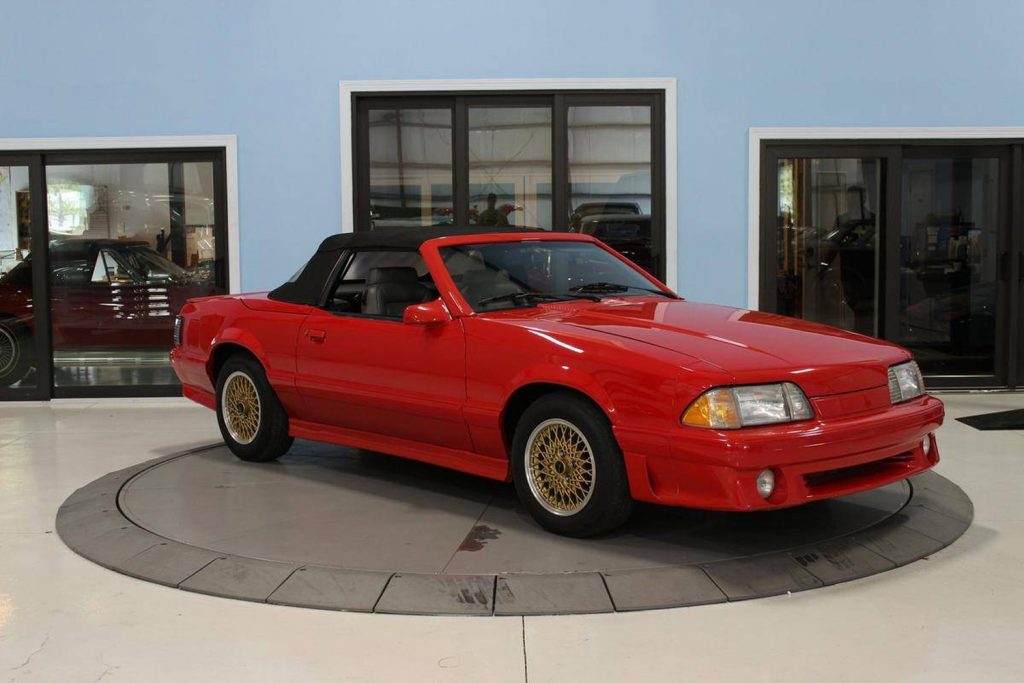 Back in the Fox-body Mustang days one of the coolest convertibles that you could buy was an ASC/McLaren Mustang. This car was notable for its interesting front grill and the fact that McLaren took the rear seats out of the standard Fox-body Mustang, turning it into a two-seater. McLaren built 1,806 convertibles according to the seller of this red 1987 Ford McLaren convertible. It will go up for sale at an auction in Lakeland, Florida later this month. 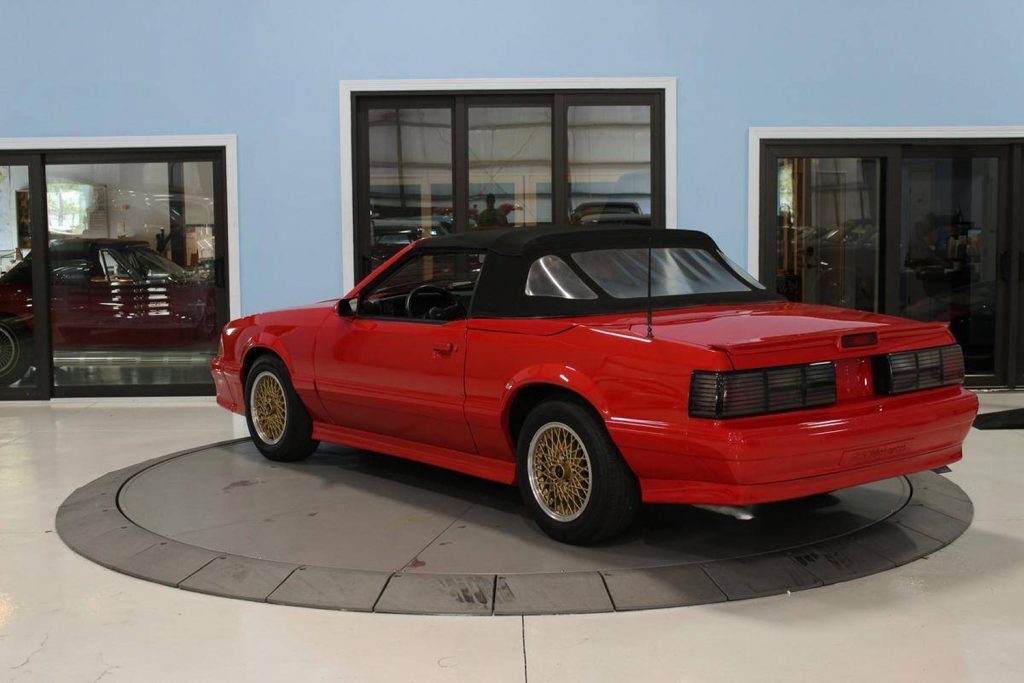 To make the car even rarer, it’s one of only 75 made in 1987 in red with black convertible top and gray custom leather upholstery. The two-tone ASC/McLaren bucket seats look perfect and very attractive inside the car. One potential downside is that this particular 1987 Ford McLaren convertible is an automatic transmission equipped ride whereas many prefer their Fox-body with a five-speed manual. 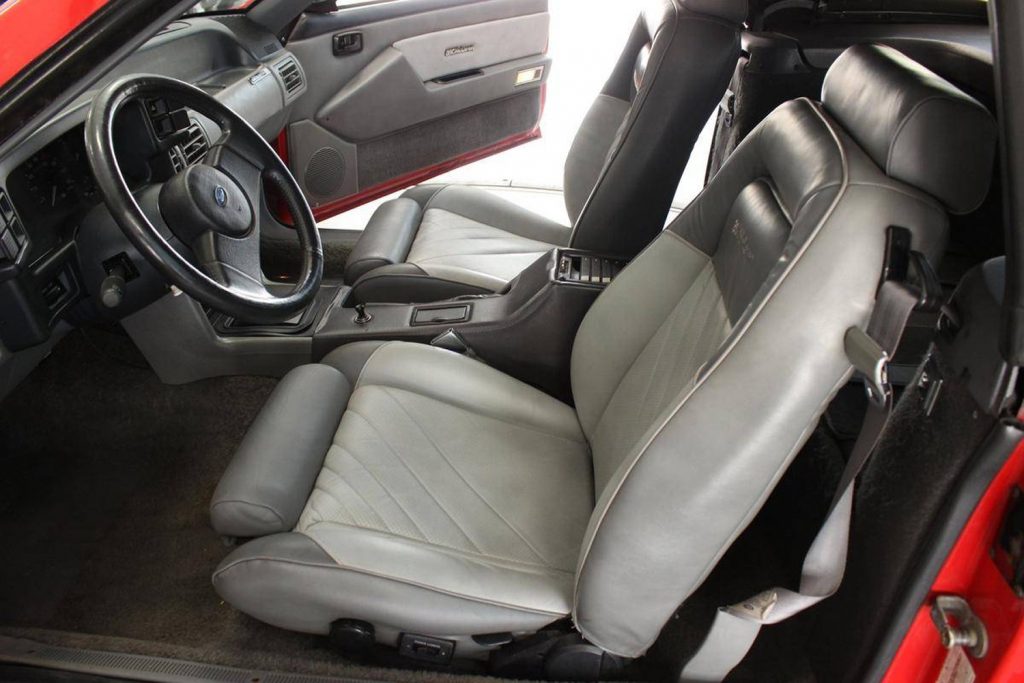 The car does have power windows and locks that function, tilt steering wheel, and cruise control. It has a premium sound system inside and rolls on 15-inch gold honeycomb wheels that look fantastic with the red and black color scheme. Other than style, the 5.0-liter V-8 engine is the same 225 horsepower V-8 that all Mustang GT and LX 5.0 models used in 1987. 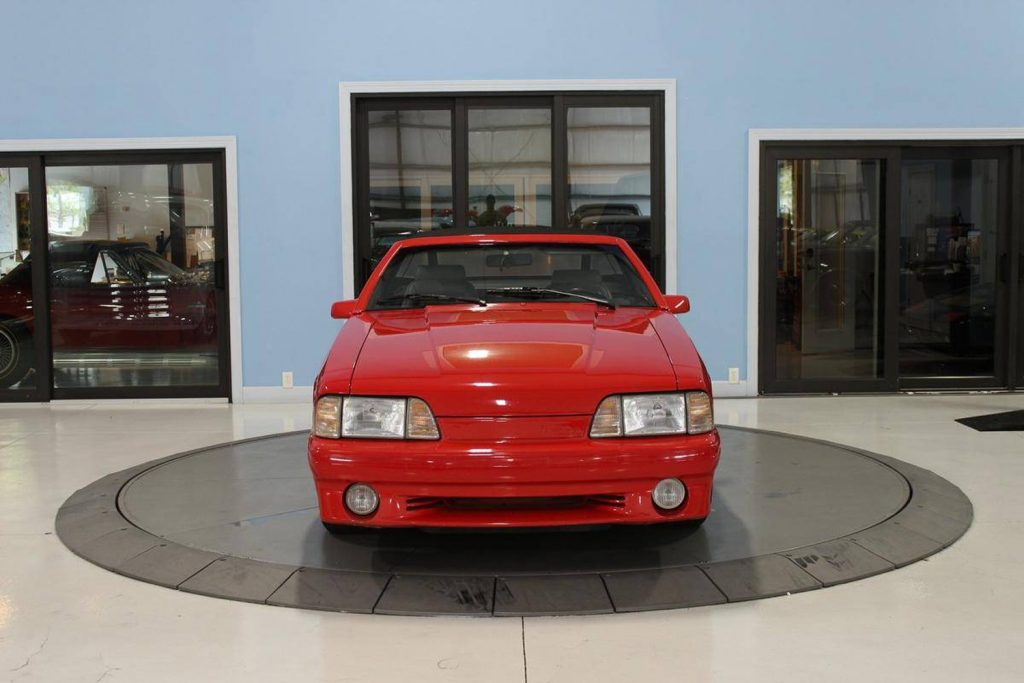 The car will be auctioned off by Carlisle Auctions in Lakeland, Florida on February 21st. We don’t know how much the car will bring, but we do know that the prices for clean Fox-body Mustang’s are soaring. Granted, the convertible doesn’t appear to be as popular as the fastback. This car looks very clean and original with no damage noted. Check out this very rare 1981 McLaren Mustang M81.