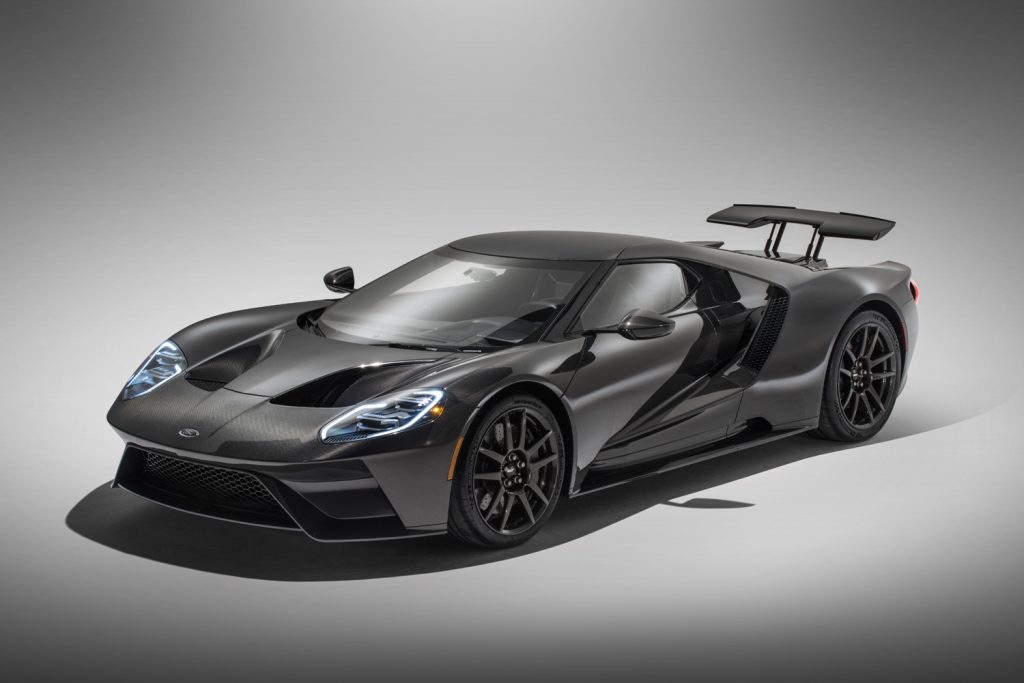 Ford Performance has announced upgrades to the 2020 Ford GT supercar. For the 2020 model, the 3.5-liter EcoBoost V-6 engine now makes 660 horsepower, which is an increase of 13 horsepower compared to 2017 through 2019 versions. The upgraded engine also has a broader torque curve and revised engine calibration along with mechanical updates that include gallery-cooled pistons and higher energy ignition coils. 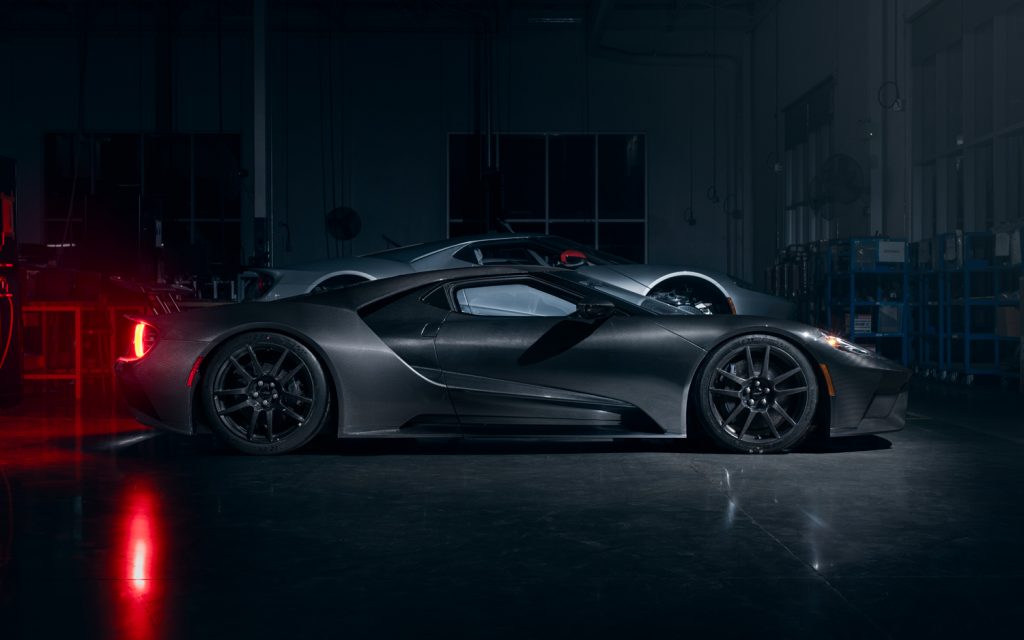 Ford says that these changes are courtesy of lessons learned on the track only Ford GT Mk II. Ford is also enhancing engine cooling and airflow with new buttress air ducts designed to increase airflow by 50 percent along with larger intercoolers to keep charge temperatures cooler and preserve peak power for longer sessions at the track. Suspension damping is increased in track mode to enhance handling and body control, particularly in high-speed sections of racetracks. 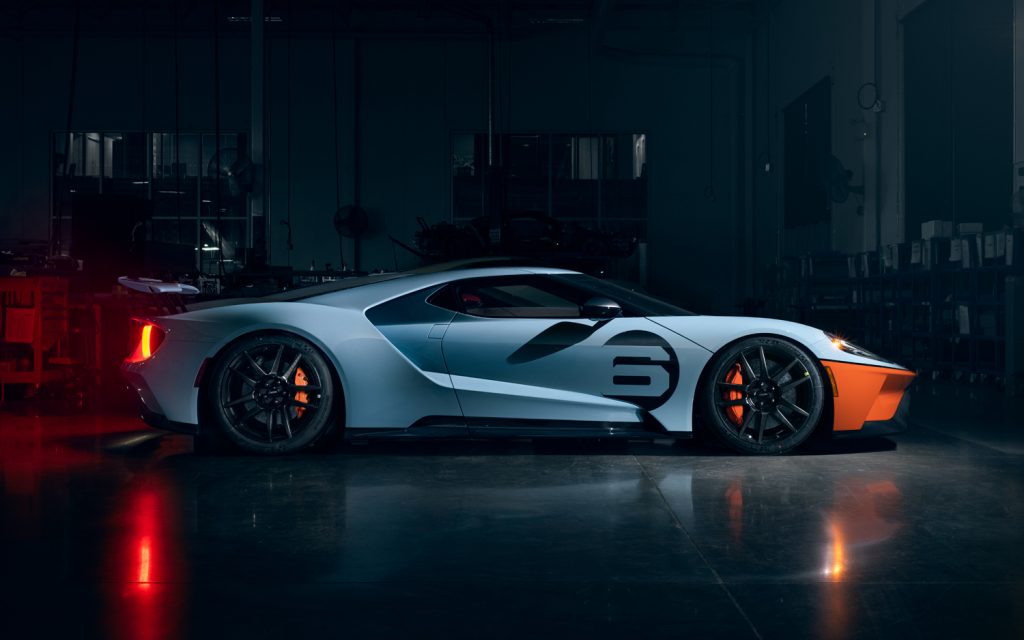 Ford Performance has also announced that the previously optional Akrapovič titanium exhaust system is now standard equipment on the 2020 Ford GT. That exhaust shaves nine pounds off the weight of the car compared to the previous system. One of the coolest things available for the 2020 year model is a newly available Ford GT Liquid Carbon scheme that leaves the car in completely exposed carbon fiber with no paint. This version of the car features carbon fiber wheels as standard equipment, and owners can choose titanium lug nuts, six-point racing harness anchors, five interior options, and five caliper color options. 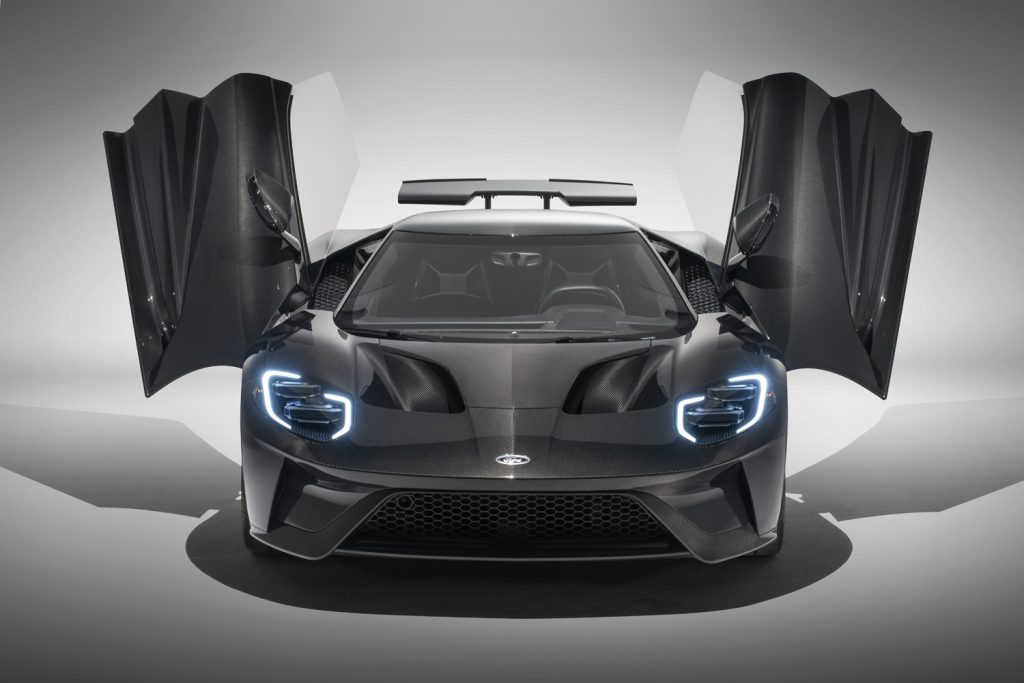 Liquid Carbon buyers also have two over-the-top stripe options, including dual center stripes offered on the standard for GT or the single stripe found on the carbon series along with optional painted mirror caps. Stripes and mirror caps are available painted any of the seven standard paint colors, as well as colors in the extended color palette. Ford is also offering an updated Gulf Racing Heritage livery. Ford notes that the optional carbon fiber number switches from 9 seen on the 2019 model to 6 for 2020. Ford also notes that for the first time on the Heritage model, carbon fiber wheels are available. Ford still intends to wrap up production of the GT in 2022. 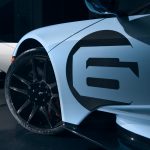 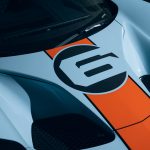 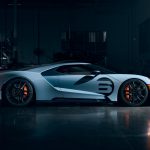 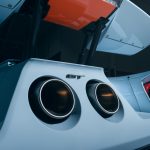 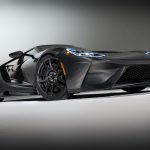 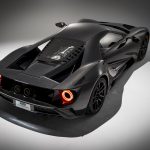 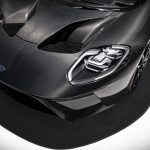 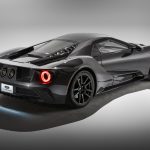 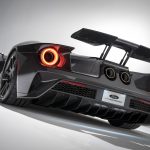 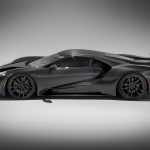 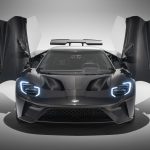 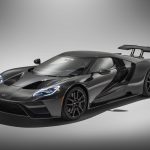 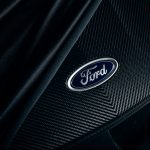 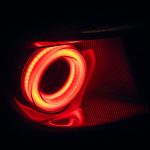 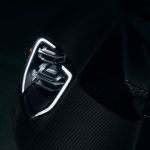 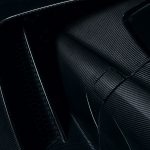 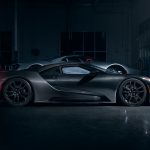