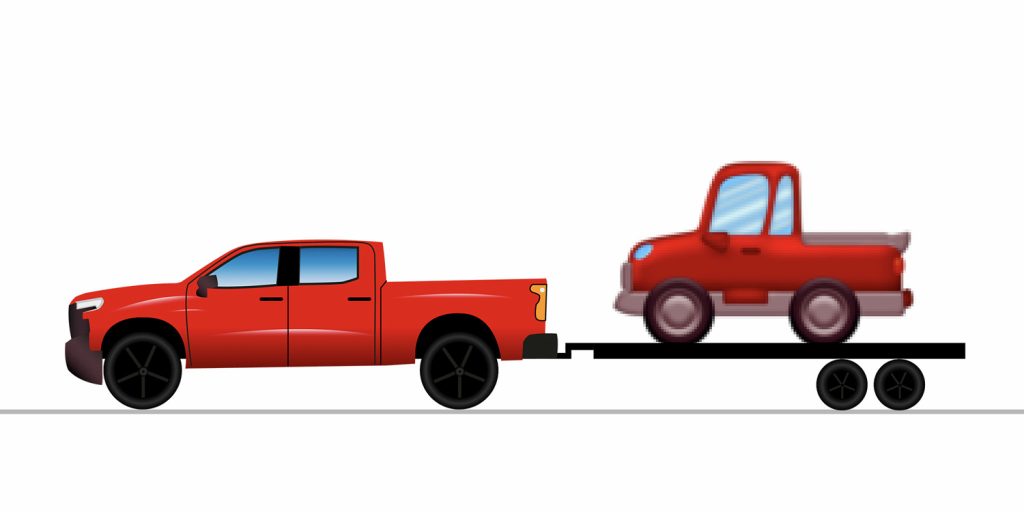 Ford’s Mike Levine recently celebrated on Twitter that the world is finally getting a pickup truck emoji. Emojipedia has an image of the pickup emoji, and it’s nothing like the one Ford wanted to get approved. The actual pickup truck emoji that was approved looks nothing like any production vehicle out there. As Levine celebrated the addition of the emoji, Chevrolet took the opportunity to poke fun at Ford.

The official Chevrolet twitter page took that pickup emoji and photoshopped it into an image where the pickup truck emoji was being pulled on a trailer by a Chevrolet. The Chevrolet tweet, which can be seen above, has a caption that says, “Looks like Ford trucks finally got the emoji they wanted. #NotOurTruckEmoji.” Chevrolet would be correct since the emoji is not their truck. It looks like no truck on the market today.

Many of the comments left on the Chevrolet tweet show that truck fans don’t care much for the styling of the new Chevrolet pickups. I’m not sure any hard-core truck fans are particularly excited about the addition of a truck emoji. Ford was all-out lobbying for the truck emoji that it designed. It went so far as to produce a video that showed the development of the truck emoji. At the time Ford’s emoji teaser video surfaced, many were hoping that it was going to show off the long-rumored Courier pickup. We’ve not heard anything more about the Courier truck expected to sit beneath the Ranger in the Ford pickup hierarchy.