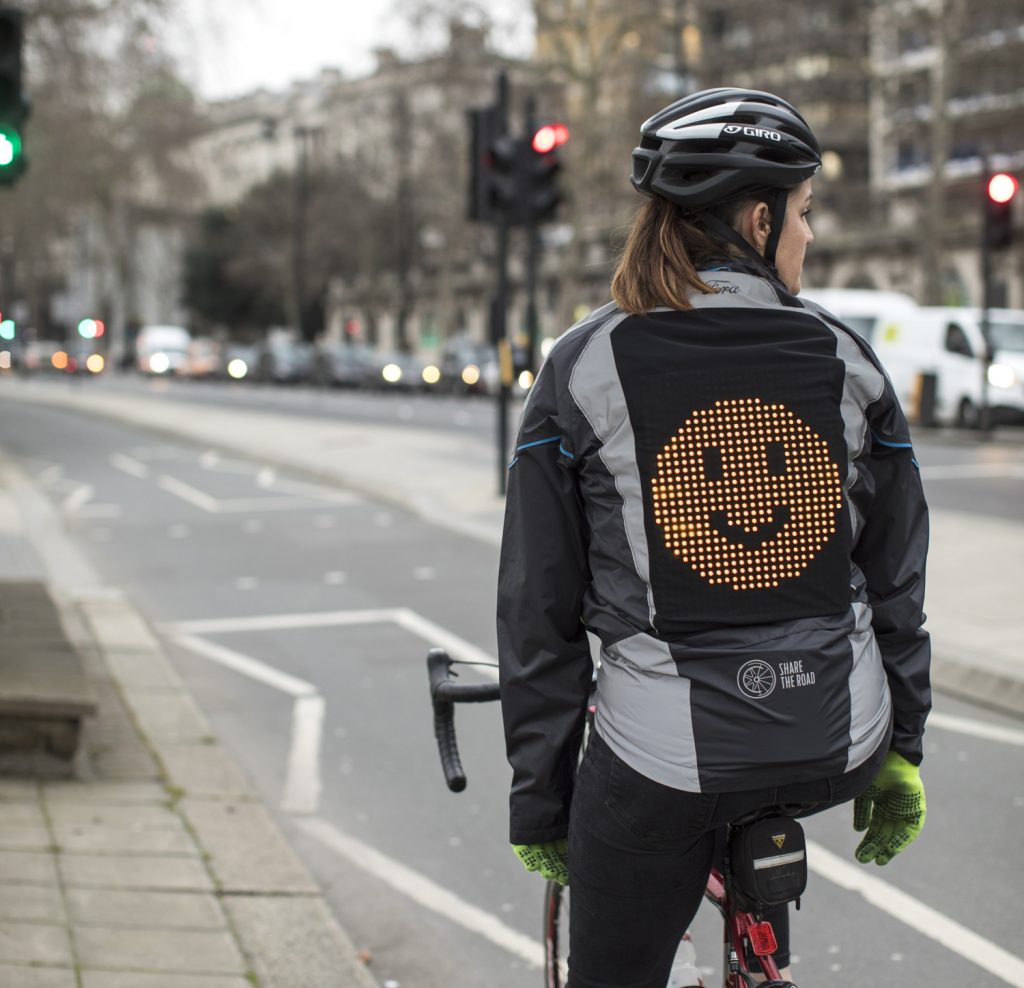 Ford Europe has announced it has created what it calls an Emoji Jacket that is designed to improve understanding between cyclists and drivers. The jacket is worn by the cyclist and has a display on the back that allows the cyclist to display certain emoji’s to let drivers know what their intentions are and how they are feeling. The Emoji Jacket has six different emoji that can be displayed on the back of the jacket. 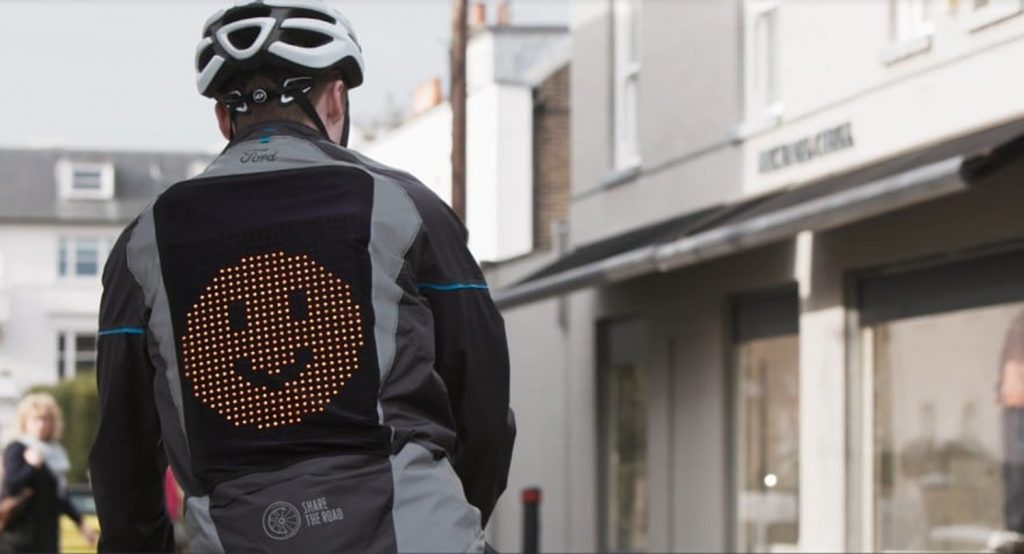 The jacket was created as part of Ford’s “Share The Road” campaign, and for now, it is a one-of-a-kind creation. While the jacket isn’t available to buy, the designers believe that it highlights how tensions could be eased by enabling cyclists to more easily and clearly show drivers what their intentions are. Supported emoji’s include a smiley face, a neutral face, and a frowning face.

The Emoji Jacket can also show arrows to indicate which direction the cyclist is turning. The final option for emoji is a hazard signal. Each of the emoji can be activated using a wireless remote that’s mounted on the handlebars of the bicycle. The designers of the jacket say that it could allow for universally understood communication without the cyclist having to remove a hand from the controls of the bike. 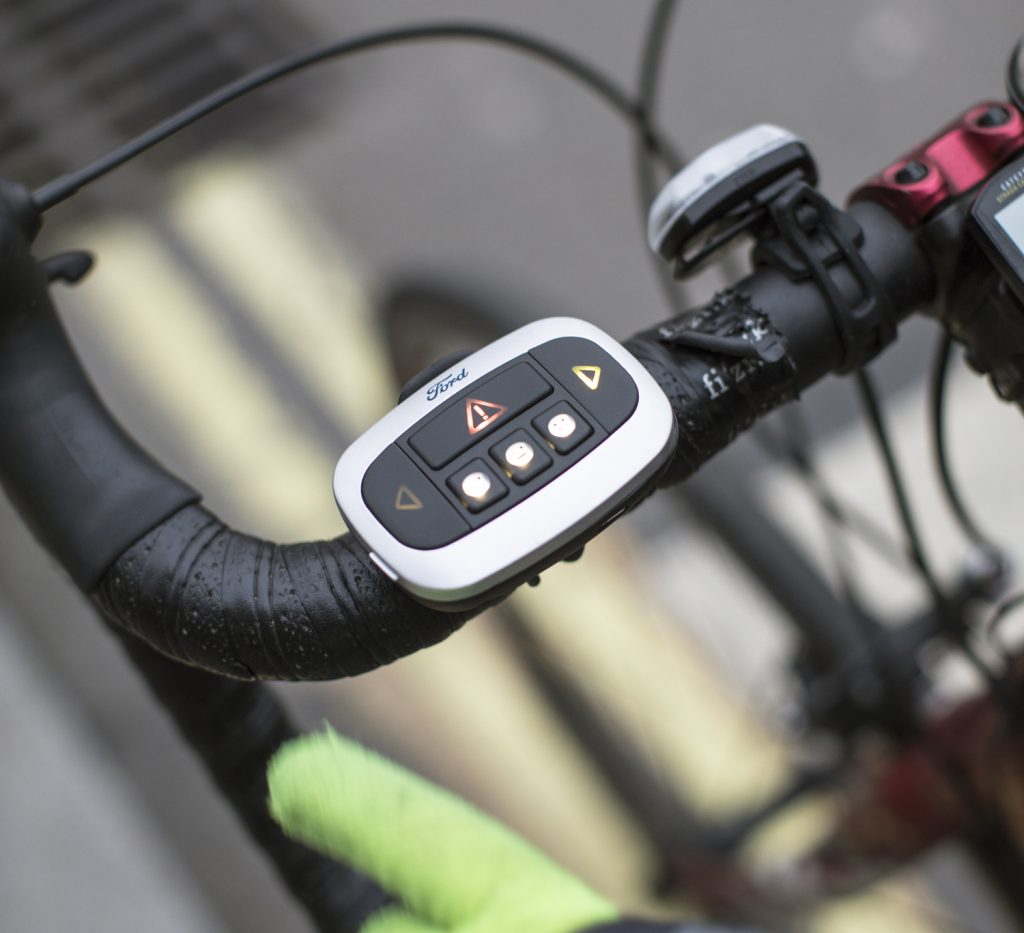 Ford has been working on multiple projects to get motorists and cyclists to understand how each other feels when on the road. In December of last year, Ford had VR training that was designed to give van drivers a cyclist’s point of view. Ford bragged that the time that 91 percent of the 1,200 people who participated in the training said they plan to change their behavior. Ford showed off a different type of Smart Jacket for cyclists a few years back.