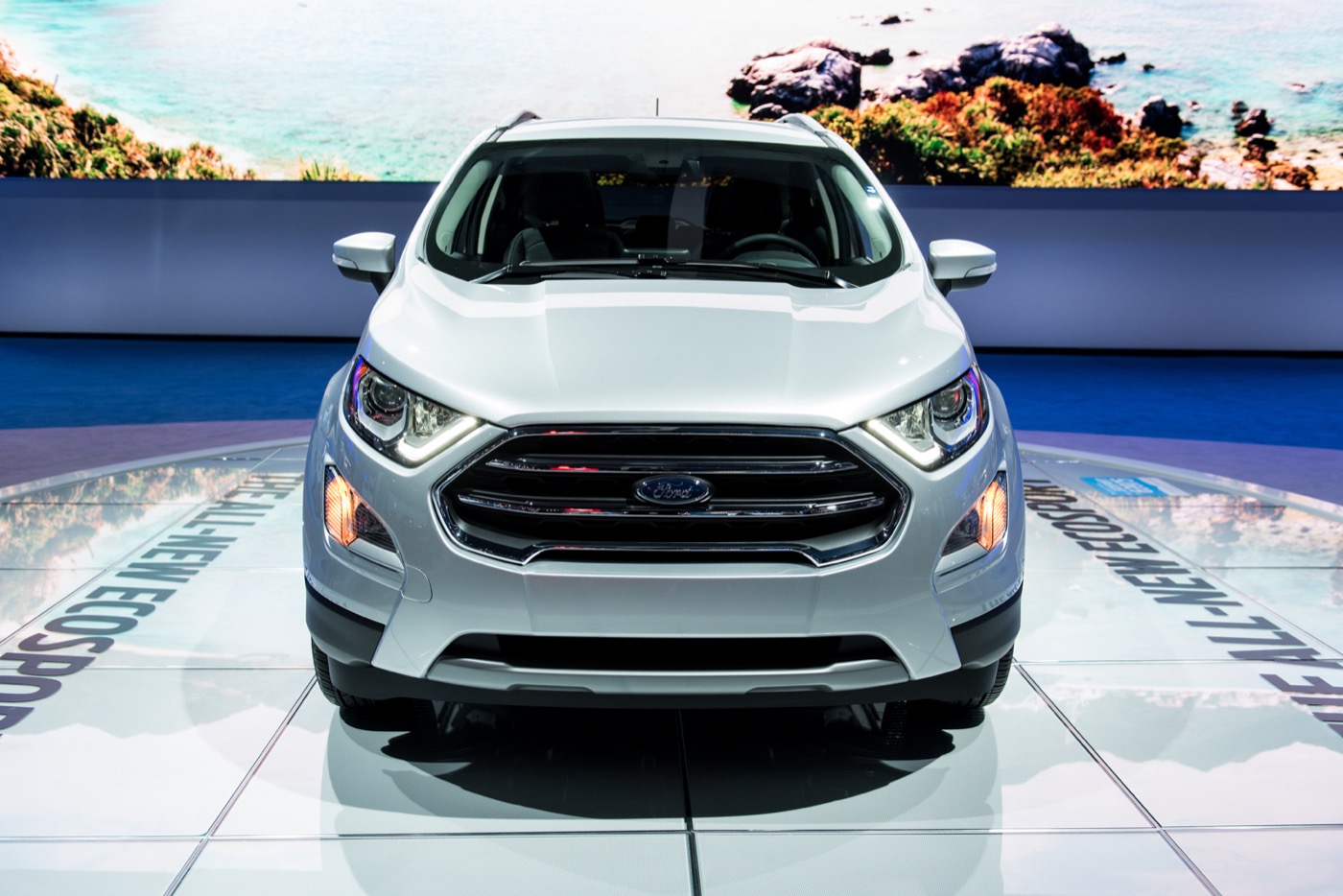 Ford EcoSport sales decreased in the United States and in Mexico, while increasing in Brazil during the fourth quarter of 2019.

During the complete 2019 calendar year, EcoSport sales increased about 19 percent to 64,708 units.

During the complete 2019 calendar year, EcoSport sales decreased about 13 percent to 4,235 units.

During the complete 2019 calendar year, EcoSport sales decreased about 1 percent to 34,206 units. Ford EcoSport sales performance during the fourth quarter of 2019 enabled the small crossover SUV to place in the seventh spot in its competitive set from a sales volume standpoint. Ahead of the EcoSport, in descending order, were the Jeep Compass, Chevrolet Trax (see Chevrolet Trax sales), Honda HR-V, Buick Encore (see Buick Encore sales), Jeep Renegade and the Hyundai Kona.

The mainstream subcompact crossover segment expanded 10 percent to 217,683 units during Q4 2019, with the Trax significantly outpacing that average growth rate. Ford EcoSport sales underperformed the segment average during the fourth quarter of 2020, with the small crossover SUV seeing its share of the segment decline from 8 percent in Q4 2018 to 6 percent in Q4 2019. The EcoSport is a newcomer to the U.S., entering a very competitive segment against very attractive all-new rivals such as the Jeep Compass, Honda HR-V, Toyota C-HR, Nissan Kicks, as well as the Kia Niro and Hyundai Kona. In addition, GM is about to add all-new entries in this segment – the new Chevrolet Trailblazer and Buick Encore GX, which will complement the current Trax and Encore, respectively, while Hyundai and Kia are in the process of bringing to market the all-new Hyundai Venue and Kia Seltos that will complement the Kona and Niro, respectively. In that regard, the EcoSport has its work cut out for it, as it will be competing against much newer and (arguably) more attractive models in the space.

Going forward, we expect Ford EcoSport sales to continue ebbing and flowing as a result of a growing segment. However, we do not expect the EcoSport to be sold in significantly higher numbers or to substantially eat into the segment share of its direct rivals. The only way in which we see that taking place is if The Blue Oval offers substantially higher incentives on the vehicle. We also posit that the The Blue Oval would be significantly more competitive in its segment if it replaced the EcoSport with the new Ford Puma.