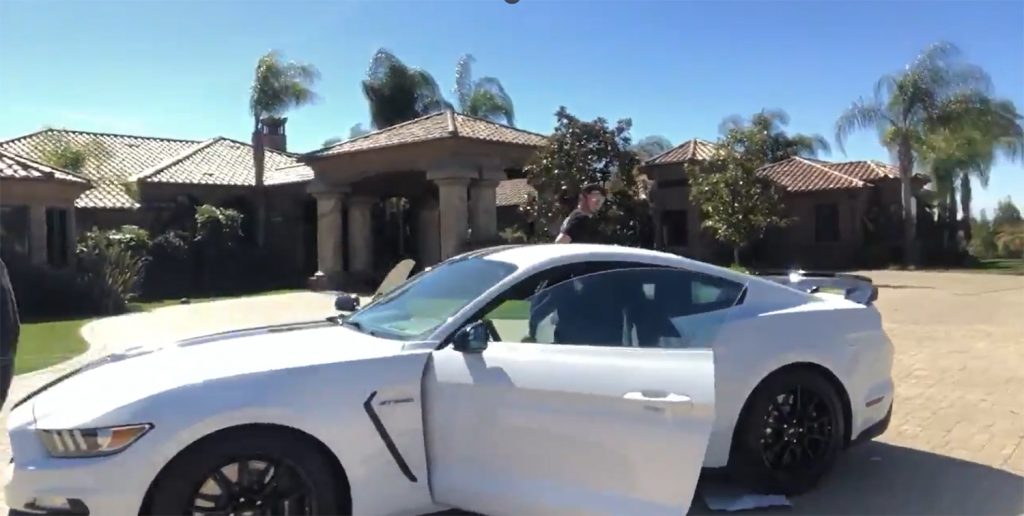 Late last year, we mentioned that Hailie Deegan had signed with Ford Performance and would be part of the driver development program along with several other up-and-coming talents. Hailie Deegan has been doing well for Ford Performance and her team, and she recently finished in second place at the ARCA Daytona race. Recently Deegan posted a video to Twitter of her receiving a new car that was a gift from Ford. The new car appears to be a 2020 Ford Mustang Shelby GT350.

The car is white with black stripes, and it looks pretty cool. Deegan is understandably excited about the car noting at the beginning of the video that she had just returned home from testing to find that her new car had been delivered. It’s unclear if the car is a loner or if Ford gifted it to her for doing so well in her recent race.

She says, “my new car,” so the assumption is that the car is hers to keep. It’s certainly not out of the realm of ordinary for automakers to gift their racing drivers who do well with vehicles. They certainly want their drivers to be seen on and off the track driving a Ford.

Deegan has the skills to handle the Shelby GT350 on the road or at the track. The Shelby has 526 horsepower and starts at $61,350. In her tweet, Deegan said that Ford was “the best.” Her tweet also garnered some replies from other NASCAR drivers noting how cool it was and wishing her well with her new car.