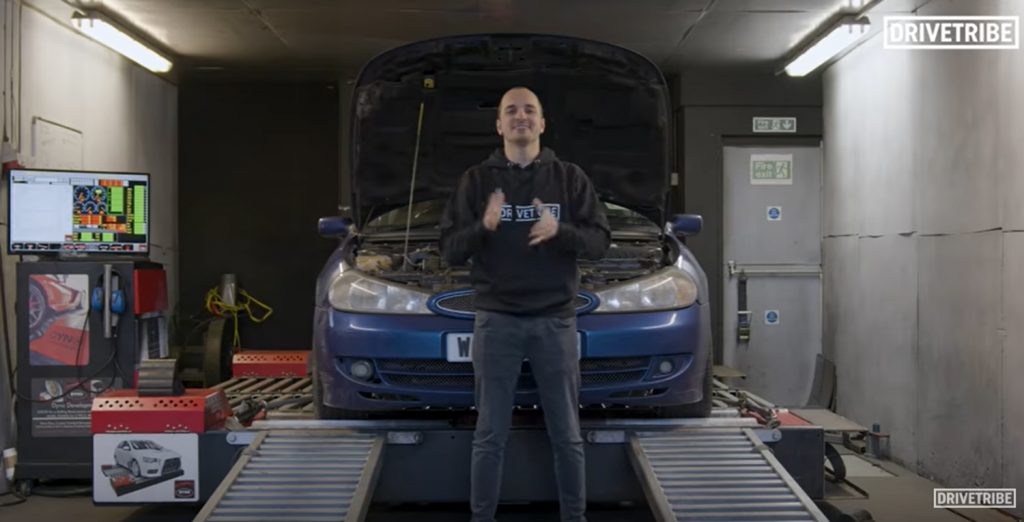 There are probably a lot of people out there who own older cars with higher miles wondering exactly how much their vehicle has lost in power over their ownership. The folks at Drivetribe have a 2000 Mondeo ST200 that they want to restore. Since the car is 20 years old and has 150,000 miles on it, they wondered how much power and performance the vehicle may have lost.

They decided to take the car to a dyno and compare it to factory numbers. It’s worth noting that the dyno they used takes wheel horsepower and translates it to crank horsepower to allow direct comparison to Ford’s numbers. Americans may not be super familiar with the Ford Mondeo ST200. It was a car offered in Europe that was launched as an enthusiast car featuring a 2.5-liter V-6 engine with 24 valves making 202 horsepower.

When new, the 2000 Mondeo ST200 could reach 60 mph in 7.7 seconds and had a top speed of 151 mph. Ford produced a version of the Mondeo in the United States known as the Contour. The car in the video is used as a daily driver. After strapping it to the dyno, the car was run to see how much power it is making.

The result was 156 horsepower and 200 Nm torque on the first run. The second run was better with the car making 163 horsepower. The third run showed the car make 168.56 horsepower and 210.53 Nm of torque. The final run made 169.37 horsepower. Since the dyno is said to be calibrated to show crank horsepower, they reckon the car has lost about 30 horsepower due to age and mileage. A report from last year claimed that the Mondeo was coming back as a crossover.