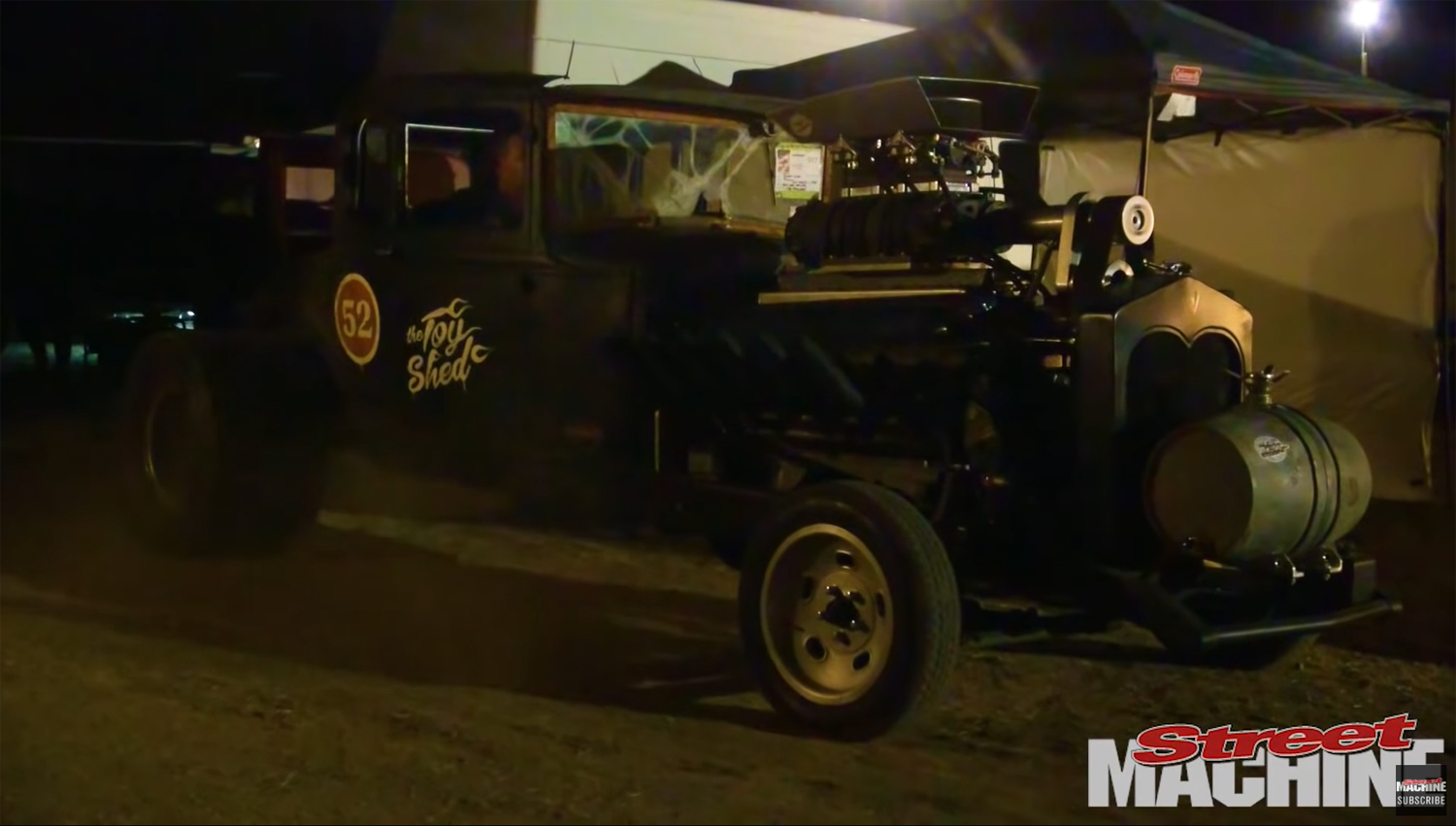 This Model A is using a 27-liter Rover Meteor V12 that was pulled from a Centurion tank. For those unfamiliar with Army tanks, the Centurion was the primary British main battle tank post-WWII and was introduced in 1945. It remained in production into the 1960s and saw frontline combat in the 1980s. The engine was built by Rolls-Royce and in the tank, it was fitted with a five-speed gearbox and made 650 horsepower.

It appears that 650 horsepower wasn’t enough for Russell Lowe from The Toy Shed in New Zealand. Lowe strapped a 16-71 supercharger atop the motor that makes six psi of boost and a pair of 1250 CFM Dominator carburetors. He estimates that the V12 engine is making somewhere between 1,000 and 1,200 horsepower. The drivetrain uses a DAF truck planetary reduction hub, a Powerglide automatic transmission, and Ford nine-inch transmission.

One of the more interesting and challenging aspects of the engine swap was that since it was a military engine, there were no manuals or specifications out there. The builder says that they didn’t have the tools to set the cams, but it all worked out. The thing sounds mean and looks awesome shooting flames out of the open headers. Check out this Model A that was converted to electric power.