The Ford Bronco is a highly anticipated vehicle that is shaping up to be one of the most important vehicle launches Ford has had in recent memory. Fans of the Bronco are salivating for any details they can get, and recently we’ve seen new Ford Bronco test mules out testing clad in camo. An image of what appears to be a two-door Bronco has surfaced, giving us a good look at the rear end of the SUV.

Of note is through the mesh screens, you can clearly see the taillights of the vehicle. The taillights have a red outline that is glowing in the image. The picture makes the taillights look square and very similar to what is found on the Jeep Wrangler that the new Ford Bronco will go directly against. 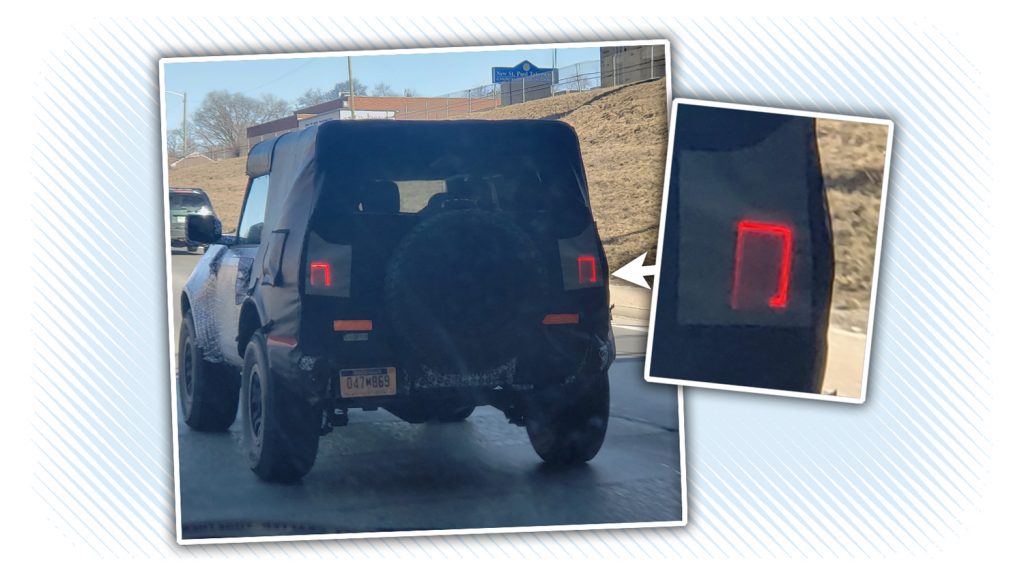 What we don’t see is a white section for backup lights, but that could be underneath the rear taillights hidden by the mesh. Interestingly, in this image, the taillights don’t appear to be symmetrical. We see both taillights appear to have the top and right side illuminated. Perhaps it’s a malfunction, or perhaps when they built this prototype, a right-side (or left) taillight was all that was available.

Another feature that is prominent in this test mule from this angle is the bulging front fenders covering what appear to be very wide off-road-oriented tires. We also get a good look at the mirrors that are attached near the A-pillar rather than on the doors. The doors have long been rumored to be removable. 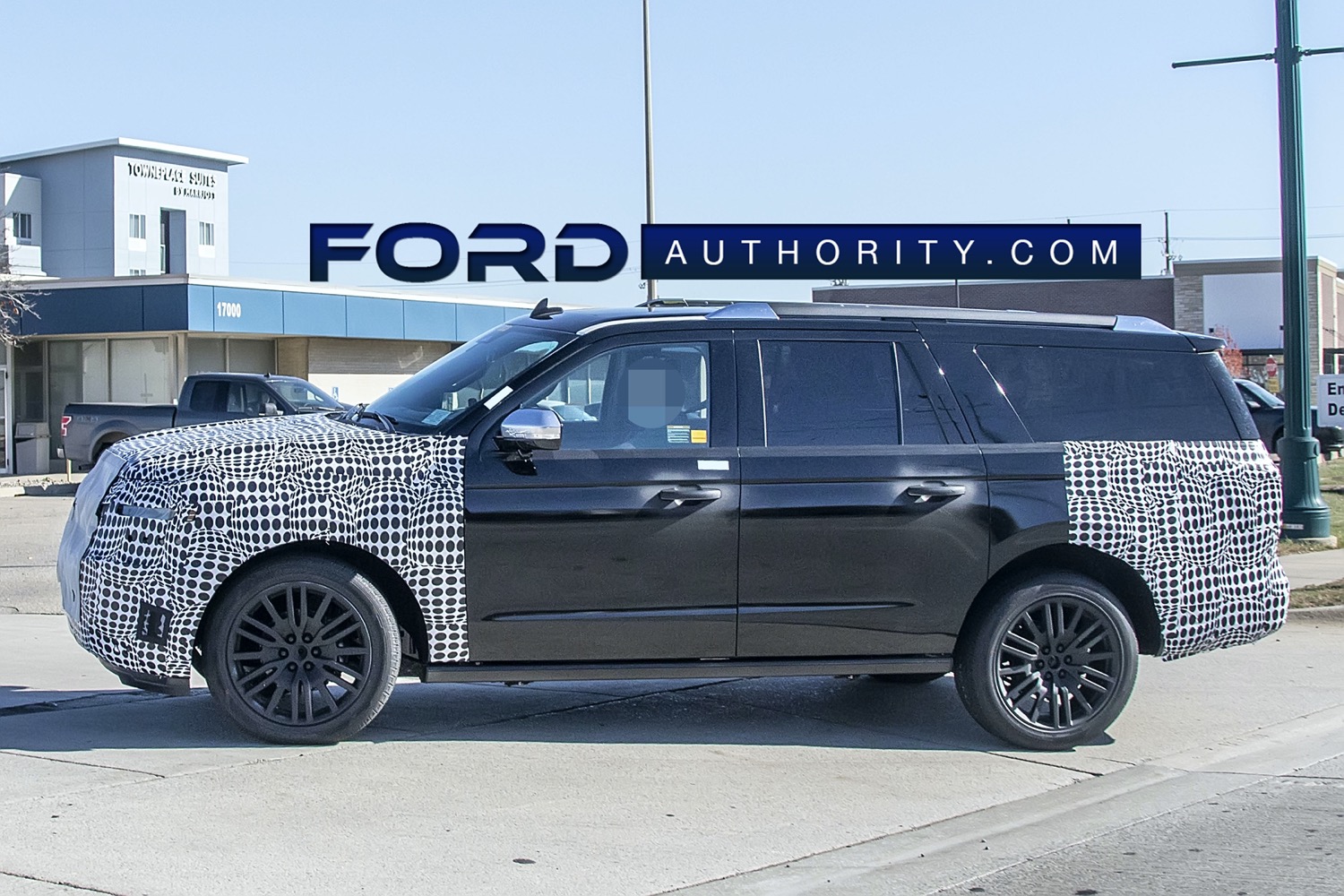