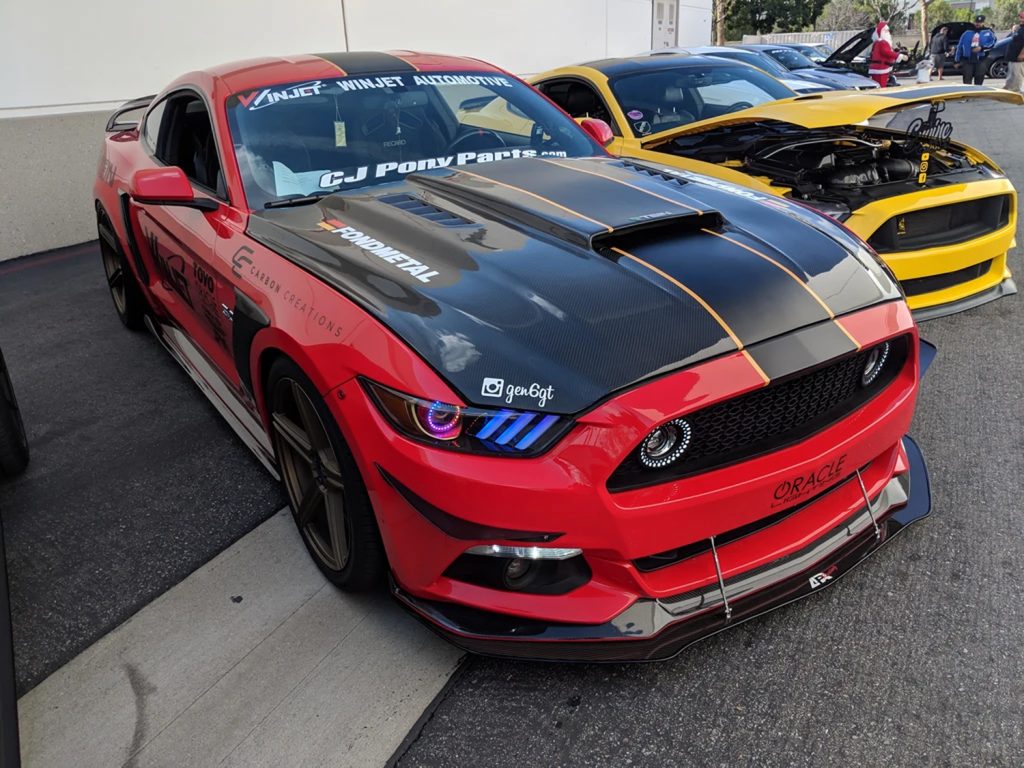 Not long ago we talked about Oracle Lighting when it unveiled Mustang grill vent lights that had all sorts of colors buyers could program in. The company is back and this time out it has complete headlights for 2015 through 2017 Ford Mustangs. The headlights are preassembled and are called the Oracle Lighting Dynamic ColorShift RGB+A Black Edition headlights. The +A section of the name indicates that they also have an amber LED that can be used for dynamic turn signal effects.

For the amber LED to be used for a turn signal requires the installer to tap into the positive turn signal wire. The complete headlights have dynamic halos around the projection bulb holes. The headlights also feature dynamic tri-bar daytime running lights and dynamic Demon Eyes. They come with everything a Mustang owner needs for the installation. 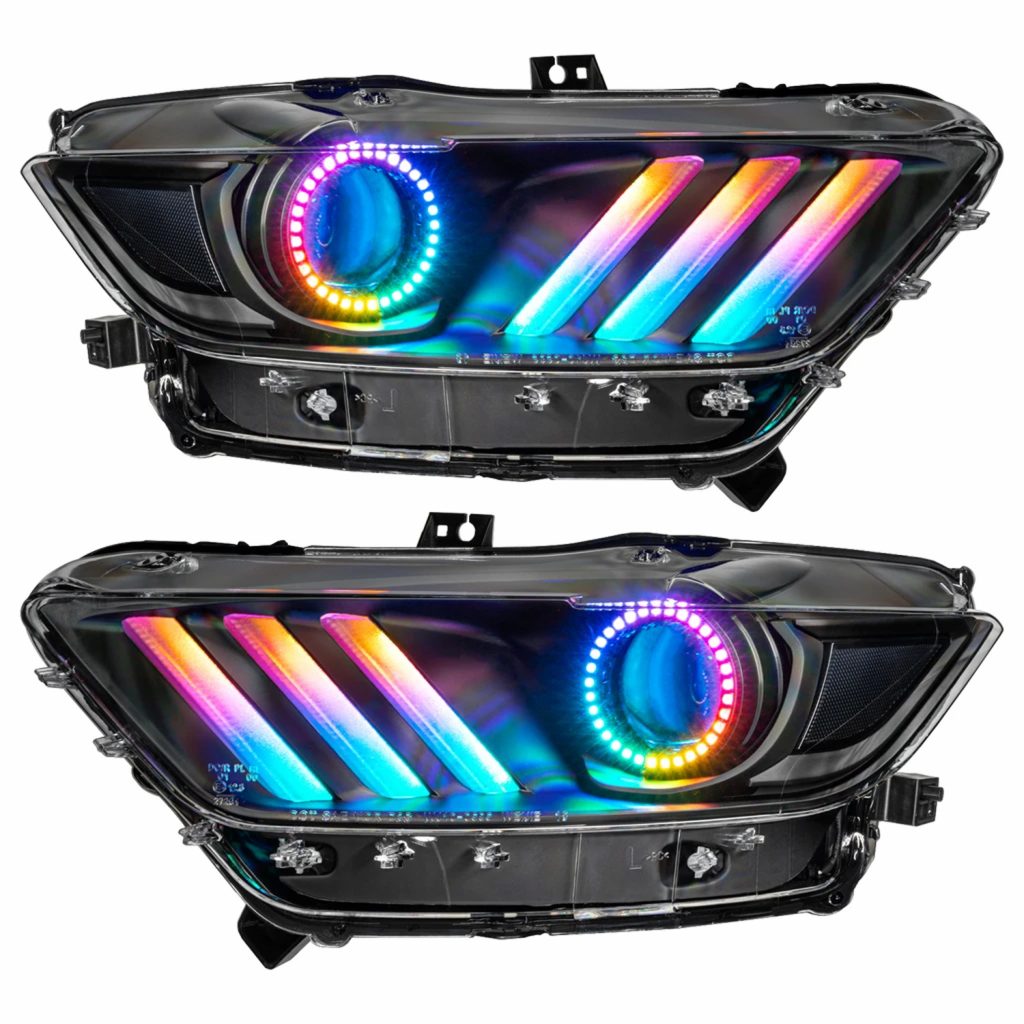 During install the owner switches over the original HID Bulbs and Ballasts. The colors and lighting patterns are controlled via smartphone app with over 200 pre-programmed moving patterns as well as static color control and a white daytime running light mode for normal street driving. Users are also able to create custom designs using pixel editing in the app.

The app features an LED color wheel that allows users to make standard white colors as well as any static color. Lights are also able to display a variety of moving patterns within the app with over 200 patterns available. The headlights fit 2015 through 2017 Mustangs including GT, Shelby, base, V-6, and EcoBoost vehicles. Another thing that sets the Black Series headlights apart from other models is that they feature matte black housing, satin black bezel, and smoked marker lights. The manufacturer says that the design looks good without compromising safety or function while maintaining appropriate reflectivity and visibility. The Dynamic ColorShift RGB+A Black Edition headlights aren’t cheap retailing for $989.95.