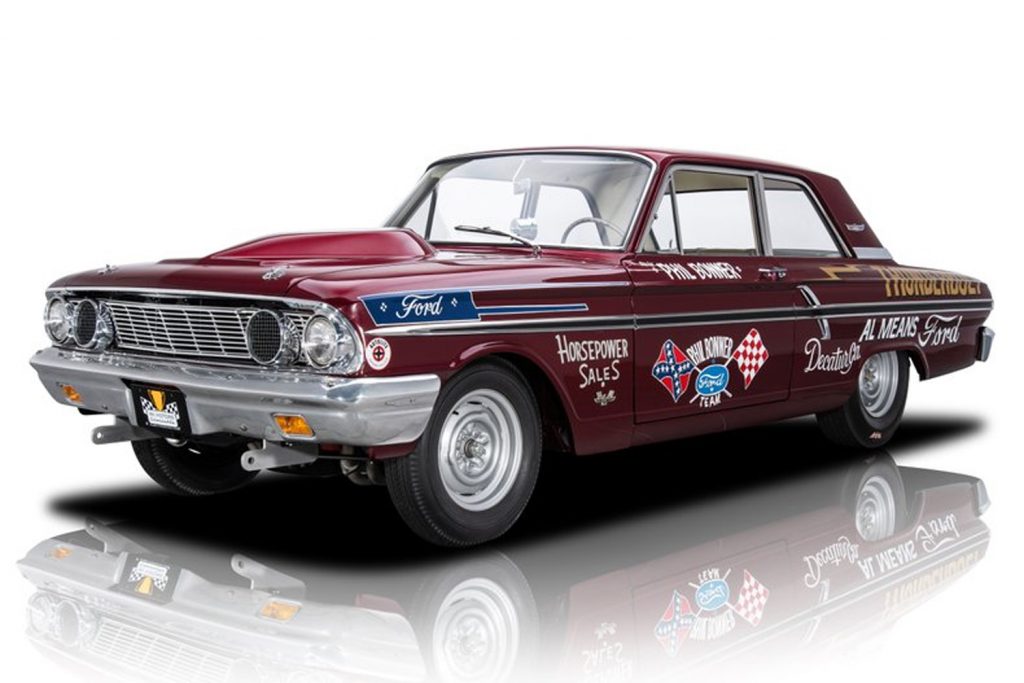 One of the rarest of vintage Ford muscle cars is the 1964 Ford Fairlane Thunderbolt. The car in these images is even rarer because it is a legitimate and well-known racing car from the 60s that was driven by Phil Bonner. The car is for sale, and this is the first time it has never been offered for sale. RK Motors is asking a whopping $359,900 for this extremely rare and iconic racing car. 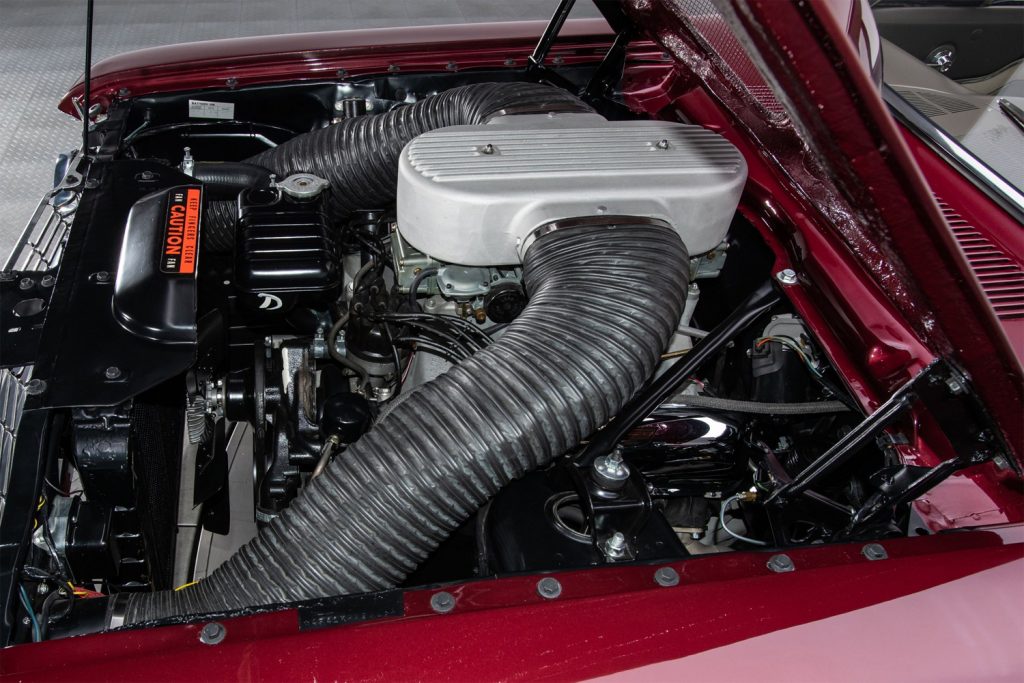 The car is authentic and documented and had a nut and bolt restoration performed using many rare original and NOS parts. The car is number 53 of only 100 Ford Fairlane Thunderbolt cars ever produced. Phil Bonner raced this example in the 1964 NHRA Super Stock competition. It was restored by expert Donald Allen, who is a well-known restorer of unique and limited production Ford vehicles. 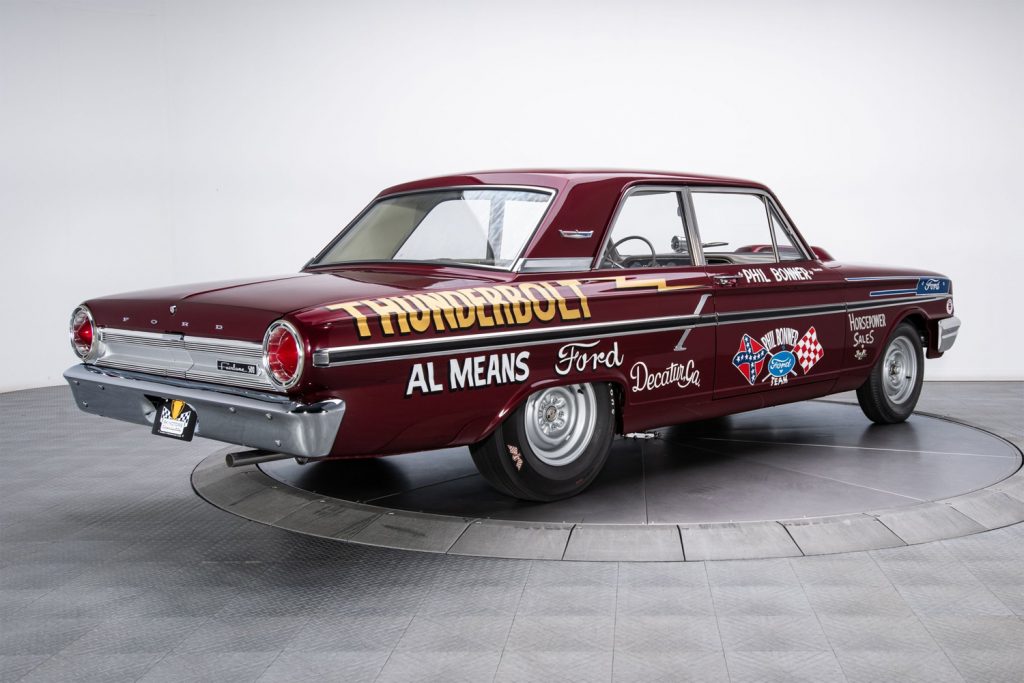 The 1964 Ford Fairlane Thunderbolt is fitted with the correct “Bonner” branded 427 cubic-inch Ford FE V8 with a date-correct dual-quad induction system. The car also has the correct Borg Warner aluminum case four-speed manual transmission and the correct Ford nine-inch rear. The car is painted in a color called vintage burgundy and has the correct Palomino vinyl interior with the original seats. One thing that sets this car apart from some others is that it has lightweight doors in addition to lightweight front fenders, hood, and the original front bumper. 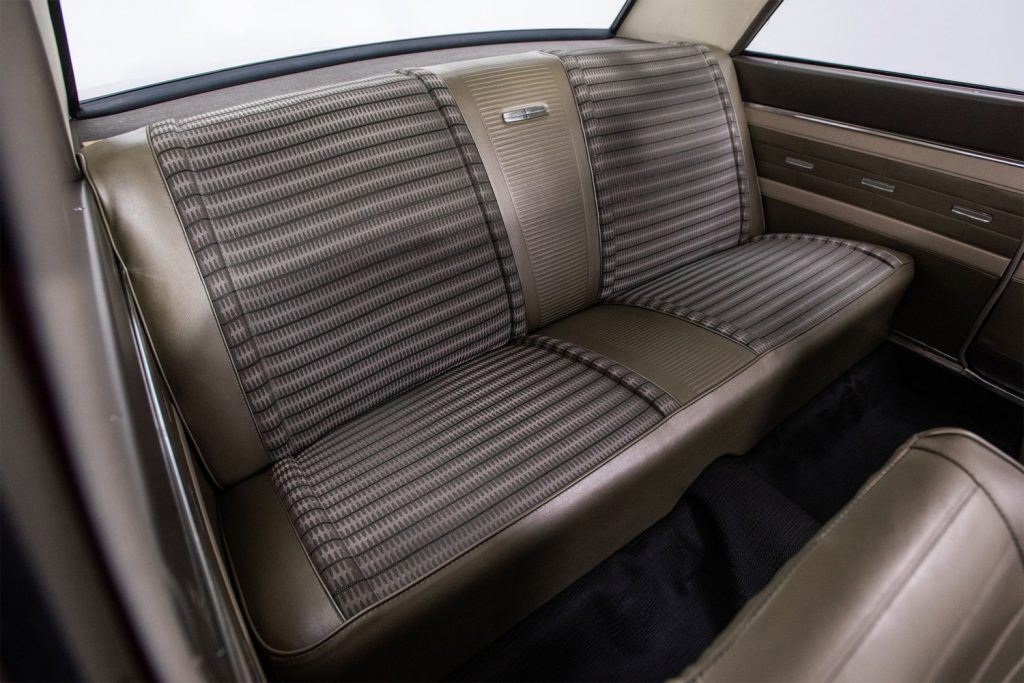 Only a few of the 100 Thunderbolts built came with fiberglass doors. The car also rolls on the correct 15-inch wheels that are shod with NOS Firestone rear tires with lightning bolts in the tread pattern. The sale includes documentation from Ford Motor Company that verifies this car was built specifically for Phil Bonner. The car also comes with a bunch of vintage photos as well as restoration photos. The last time we talked about a Ford Fairlane Thunderbolt heading to auction was 2016, and it wasn’t a rare car that was raced. 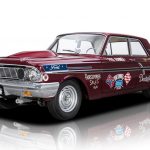 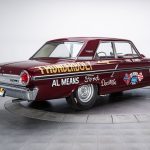 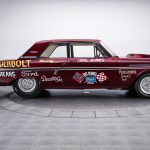 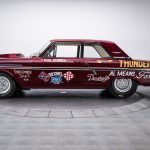 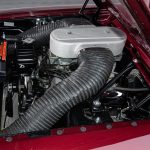 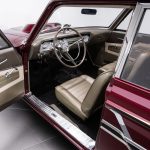 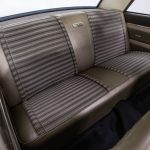 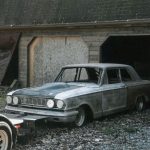