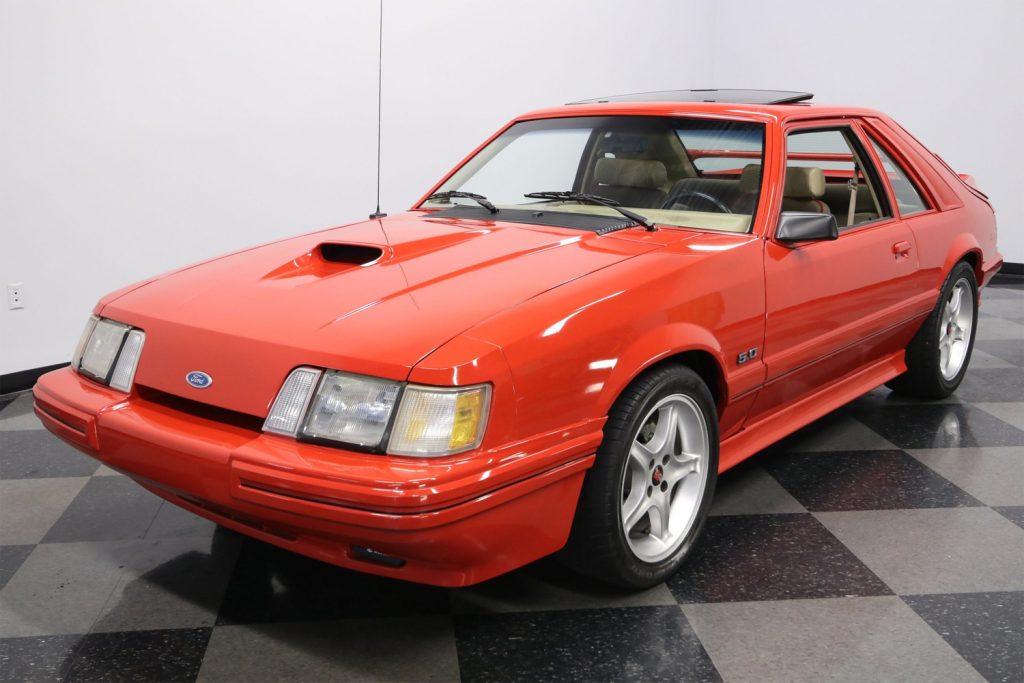 Back in 1985, the typical 1985 Ford Mustang GT had the 5.0-liter V-8 engine that made the car so famous. That year the V-8 was carbureted with the move to fuel injection coming in 1986. Typically, when you look at a 1985 Ford Mustang GT, you’re looking at a Fox-body car that fans call the four-eye because it has four exposed headlights. 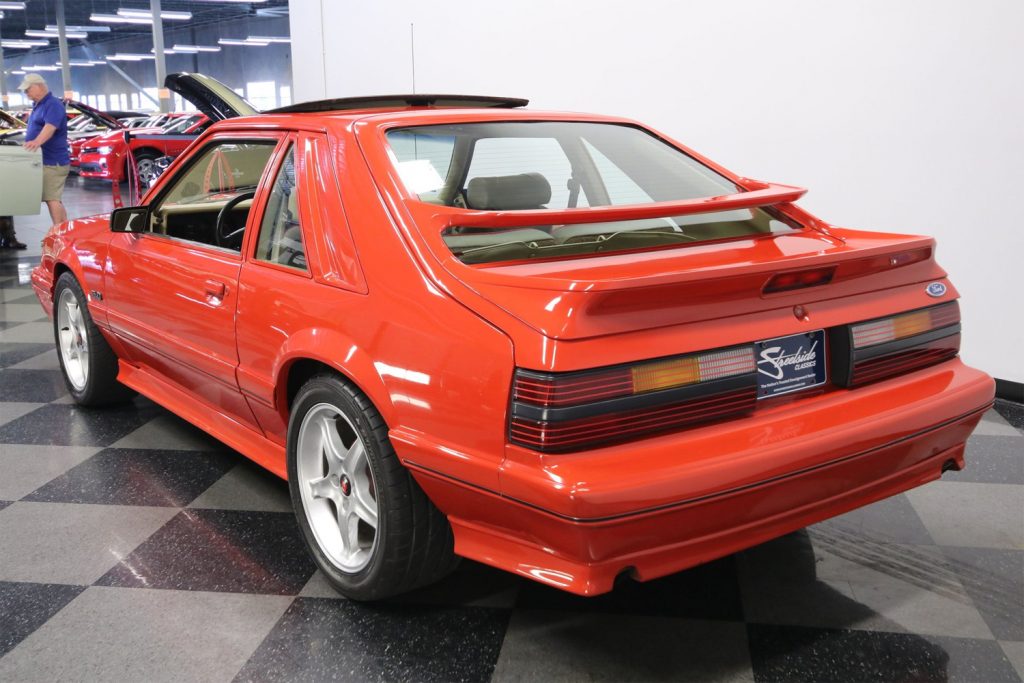 Starting in 1987, the flush covered headlights like what you see on this particular ’85 GT where standard. The only way to get this type of headlight before 1987 was with the rare and very popular Ford Mustang SVO turbo. At some point in its life, an owner of this 1985 Mustang converted the car to an SVO body kit complete with the dual-element rear spoiler. The body trim on the outside of the car, which is typically in black, was also painted the same red as the body. 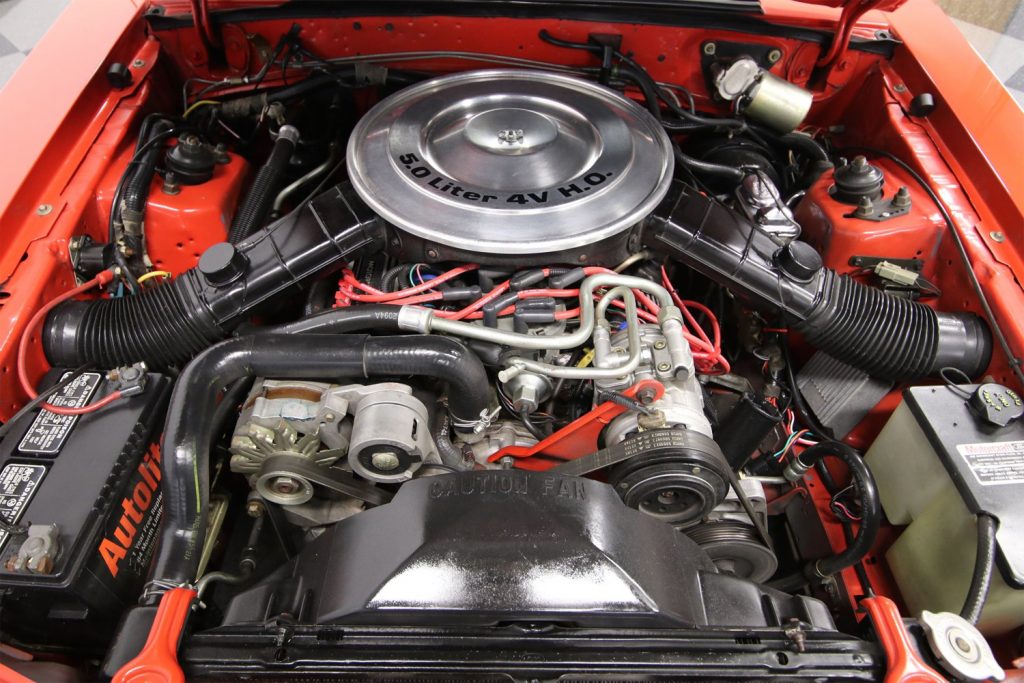 It’s a very attractive look. The car rolls on Cobra R-style wheels all around. Inside, the car looks extremely clean with factory gray cloth that appears to have no tears or holes. We do not like the bizarre aftermarket headrests with speakers in them and wish the car had its factory headrests installed. The exterior paint is not original, but it looks to have been applied professionally. 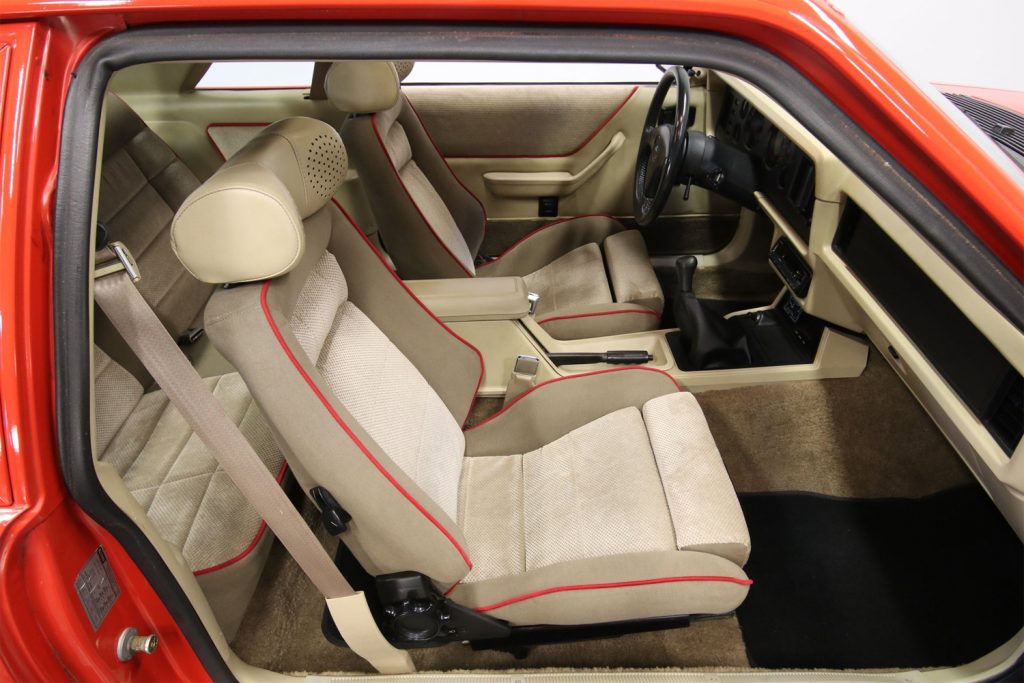 The car also has working air conditioning, sunroof, power locks, aftermarket stereo, and power windows. We particularly like that the 5.0-liter V-8 engine is backed up by a five-speed manual transmission. The odometer reads 10,216 miles, and the seller admits it has no idea if those are original miles or if the odometer has rolled. It’s fair not to know if that is actual mileage considering how clean the interior is and the 5-digit odometer. The car is for sale via Streetside Classics for $18,995. 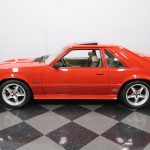 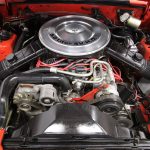 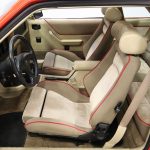 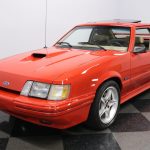 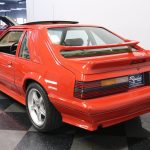 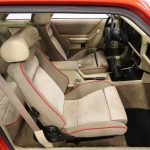