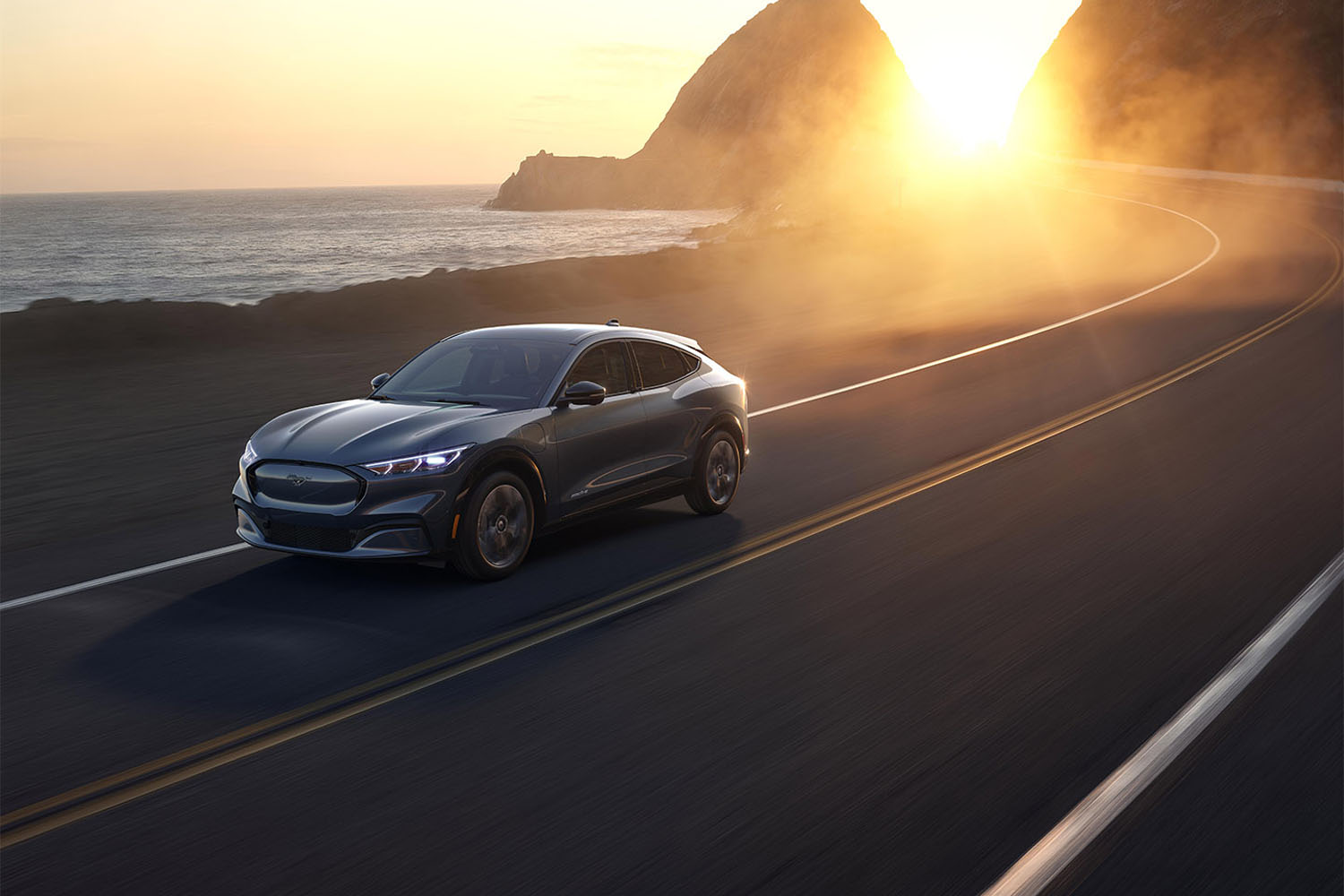 Despite the controversy over the name, there is little to dislike about the Ford Mustang Mach-E EV. It will deliver strong competition against Tesla and its coming crossover, the Model Y. We already know the specifications of the Ford Mustang Mach-E, and we know that Ford has taken orders for all of the First Edition models. Recent unofficial totals claim that there have been about 30,000 Mach-E reservations with Ford having stated in the past that could build about 50,000 units the first year.

We’ve seen the Mach-E on video before with Ken Block behind the wheel, but that was a rather mundane video compared to Block’s usual fare. A new video has turned up from a press event that was held indoors and shows the acceleration of the Mach-E from a standstill, and it’s impressive.

We aren’t sure which version of the electric vehicle we see in this video (GT, etc.), but we do know it comes in both rear-wheel drive and all-wheel drive. We are looking the all-wheel-drive version and are impressed by how little wheel spin we see on acceleration. The vehicle will come with up to 300 miles of all-electric driving range.

Reports indicate that the Mach-E GT should be good for a sprint to 60 mph in four seconds. The gang at GTspirit says that the car is “real quick.” They also note that the convention center where this event was held had a slippery concrete floor and that the all-wheel-drive version they tested struggled for traction through the entire acceleration run. We’d like to see the EV go down the dragstrip.

Watch This Ford Mustang Detonate A Tire On The Dyno: Video