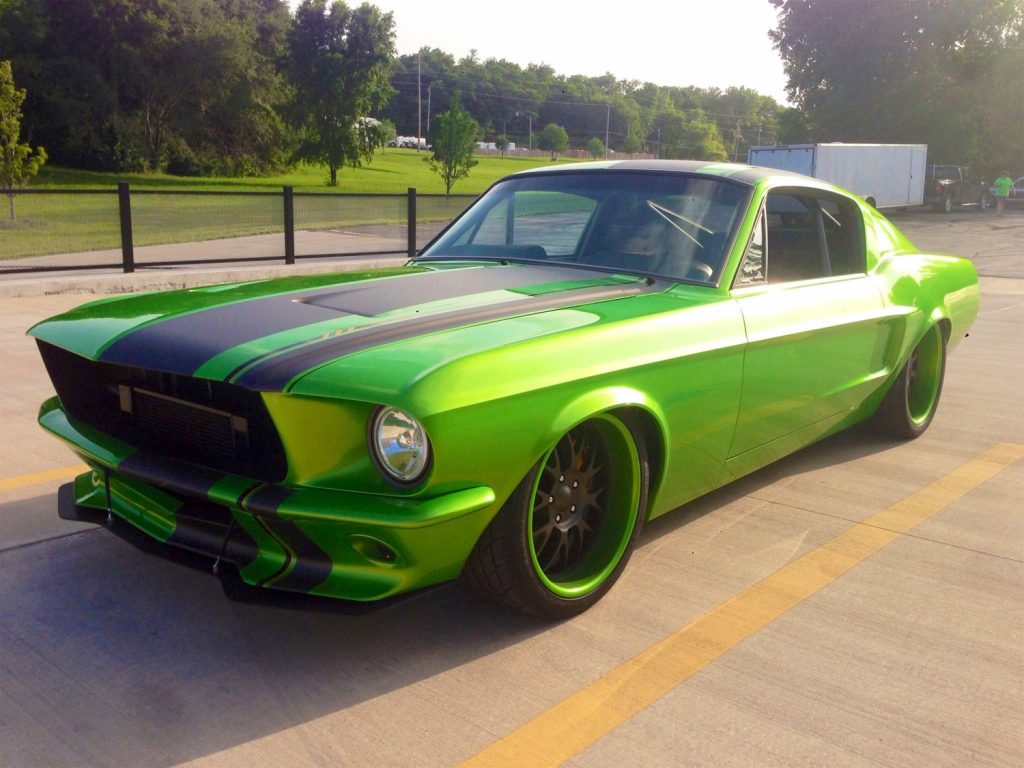 When some people go to restore a 1967 Ford Mustang, they want it to be box stock. Others want their restored Mustang to be their own creation with some modern conveniences. The latter sort of restoration is typically called a restomod. There’s a shop in Independence, Missouri called The RestoMod Shop and the company does some very impressive work. 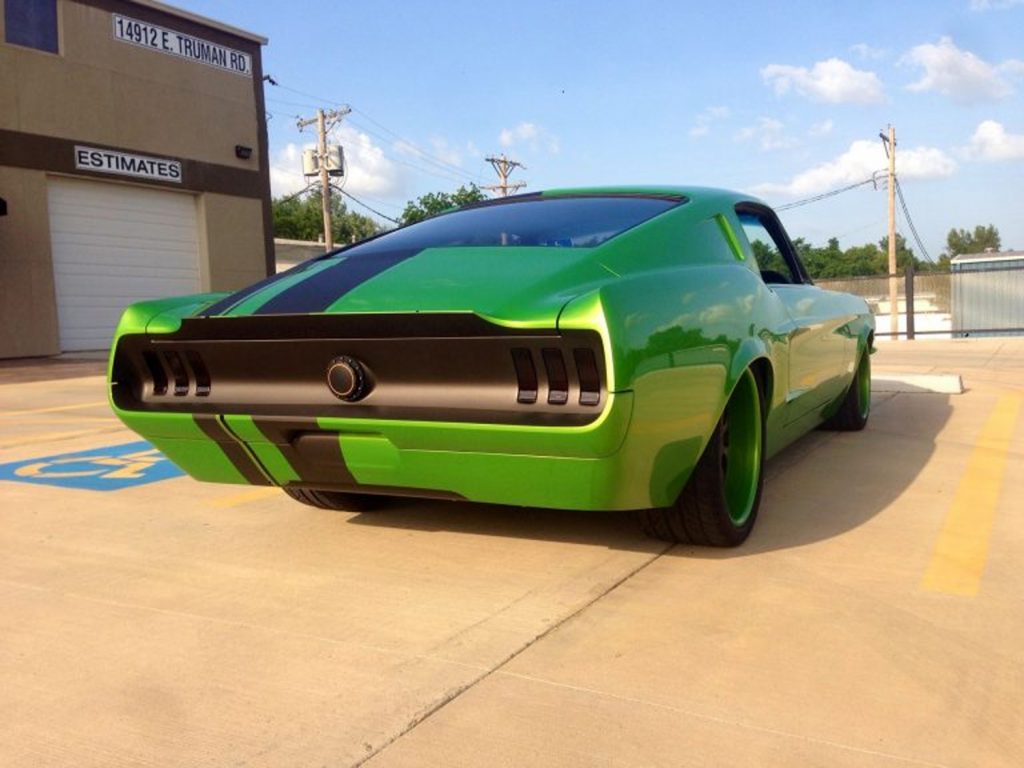 One look at this slick green 1967 Ford Mustang with its black stripes shows that the car is most definitely built to exacting standards. The stripes on the car remind of the common Ford Mustang Super Snake stripes, but are different. The heart of this special 1967 Ford Mustang is a 5.0-liter Coyote V-8 engine that makes 620 horsepower and 545 pound-feet of torque. All that power comes courtesy of a Sean Hyland Motorsports 2.3-liter supercharger feeding the engine 10 psi of boost. 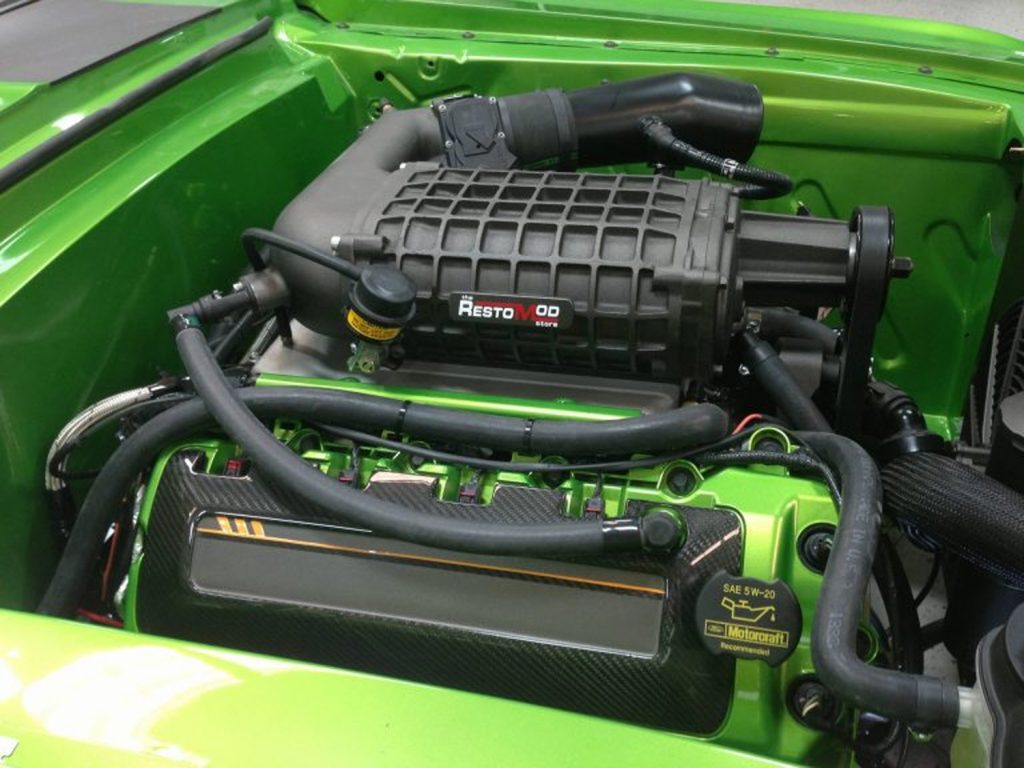 To help the Coyote V-8 live under all that boost, the engine was fitted with a Forged steel crank and forged steel rods. The pistons used are hypereutectic aluminum units. The engine is also fitted with a 16mm dual-bore throttle body and 47 lb/hr injectors. Feeding all that power to the road is a TKO600 five-speed manual transmission with a Ram PowerGrip clutch inside. 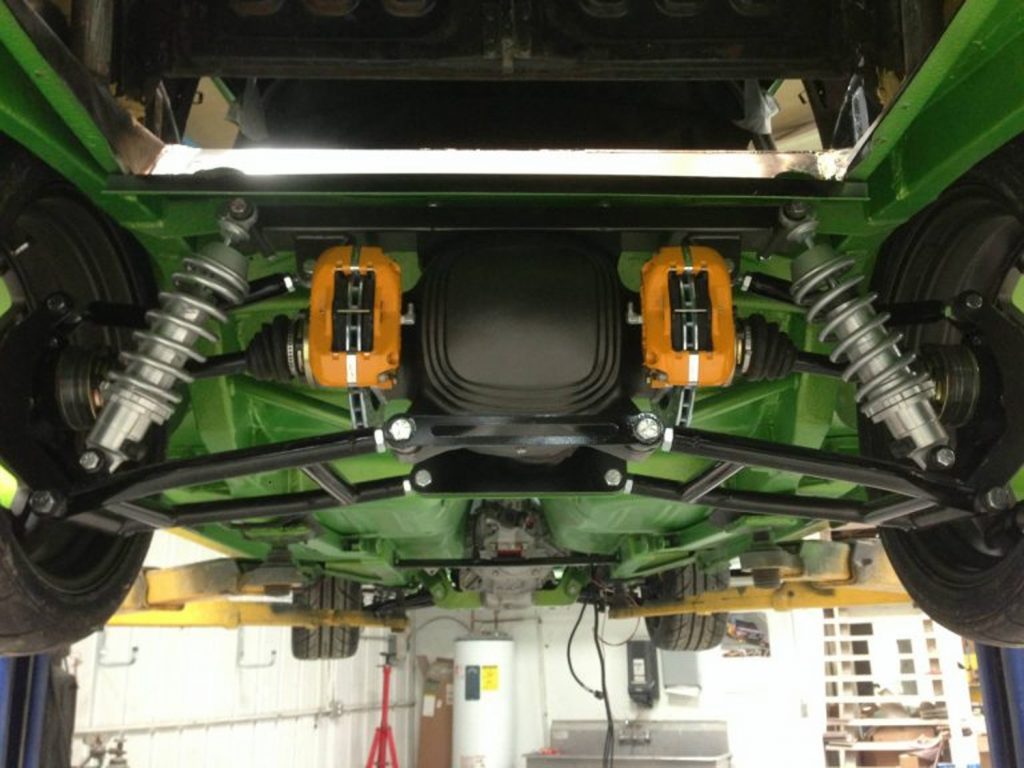 The rear end is a Heidts Pro-G fully independent suspension the features adjustable coil-overs, tubular control arms, power steering rack, and Wilwood four-piston disk brakes with 12-inch rotors in the front and 10.5-inch rotors in the back. In the rear rather than being fitted near the wheels, the brakes are fitted closer to the rear end. The RestoMod Shop Facebook page has an entire build album showing transformation the car went through. Checkout the Revology 1967 Mustang.