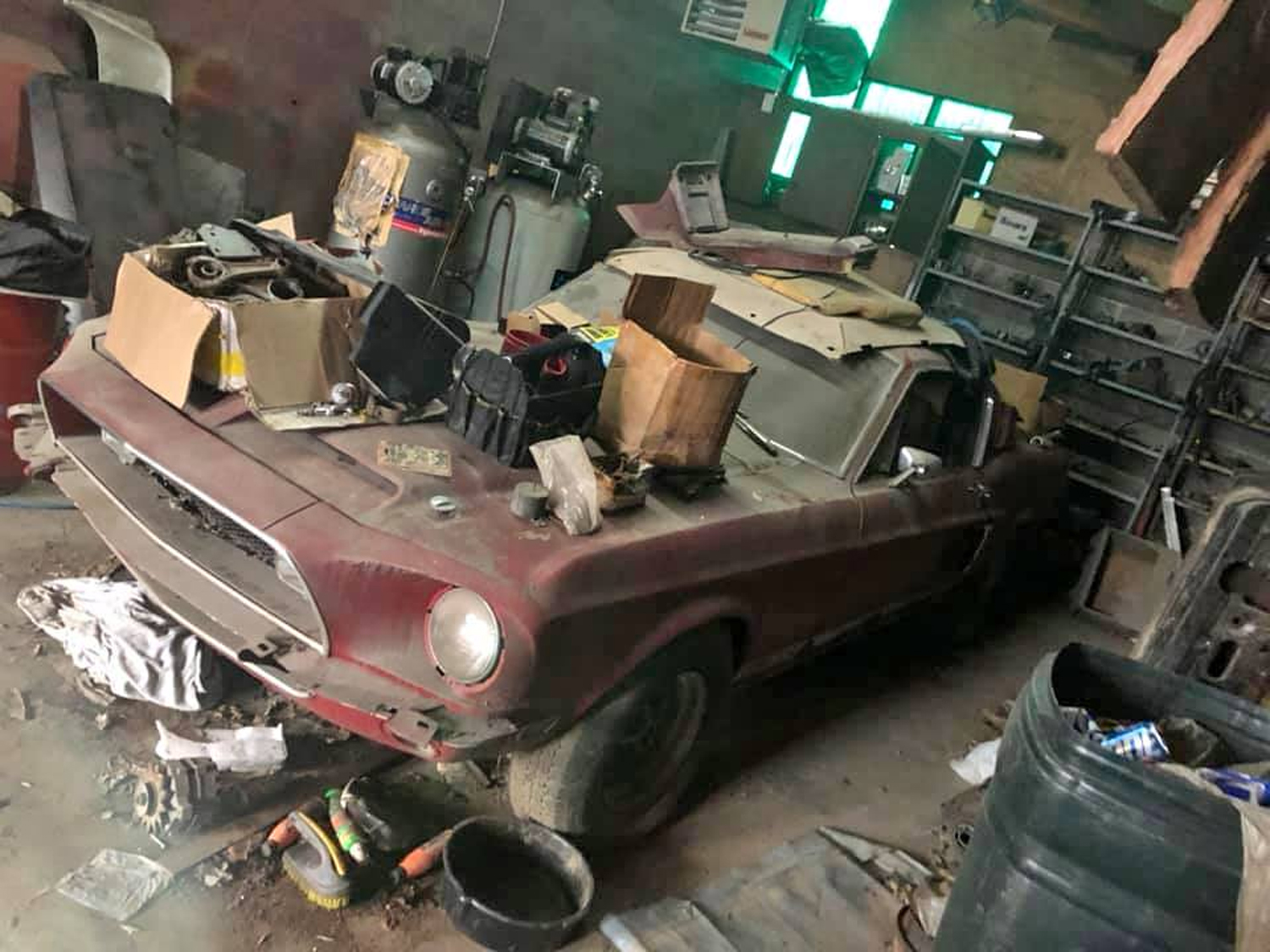 When it comes to classic Mustangs, one of the most desired cars is the 1968 Shelby GT500. Fully restored these cars bring well into the six-figure range, and even very rough examples can bring tens of thousands of dollars. A 1968 Shelby GT500 has turned up on the Facebook Marketplace in Louisville, Kentucky. The seller says that the car said the same owner for 45 years and has matching numbers with a 428 cubic-inch V-8 and C6 automatic transmission. 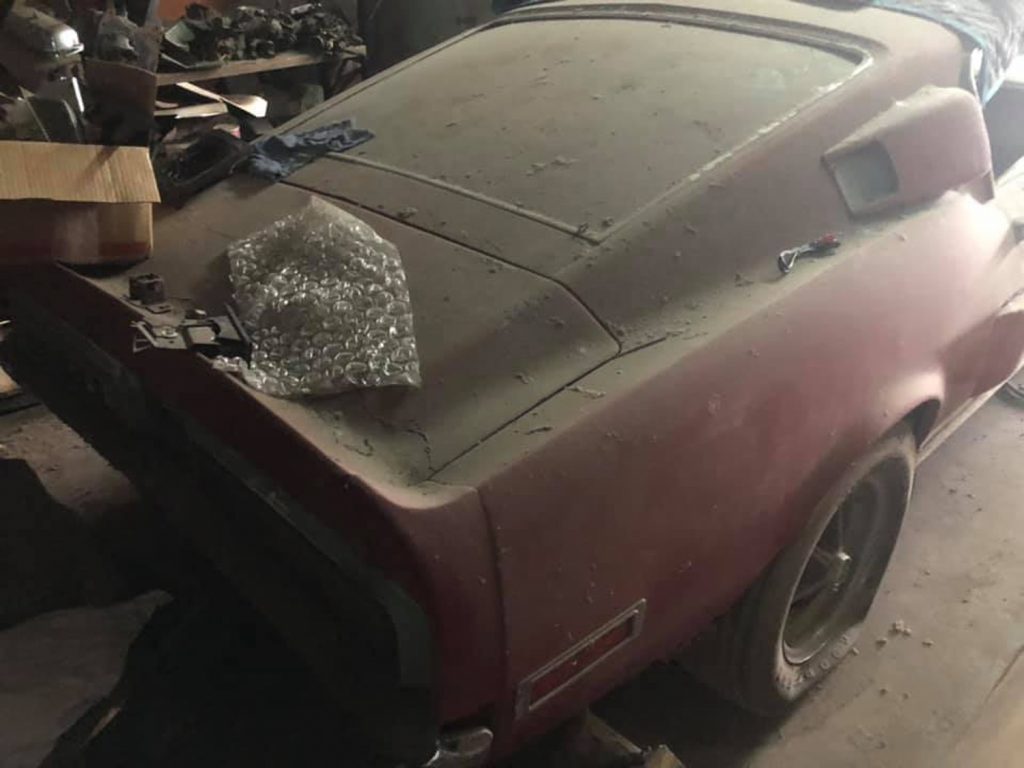 As evidenced by the photos showing the car sitting in a garage somewhere covered in dust and debris, the vehicle has been stored for decades. The seller says that the GT500 needs lots of love and has rust in various locations. The car hasn’t been run in 30 years. 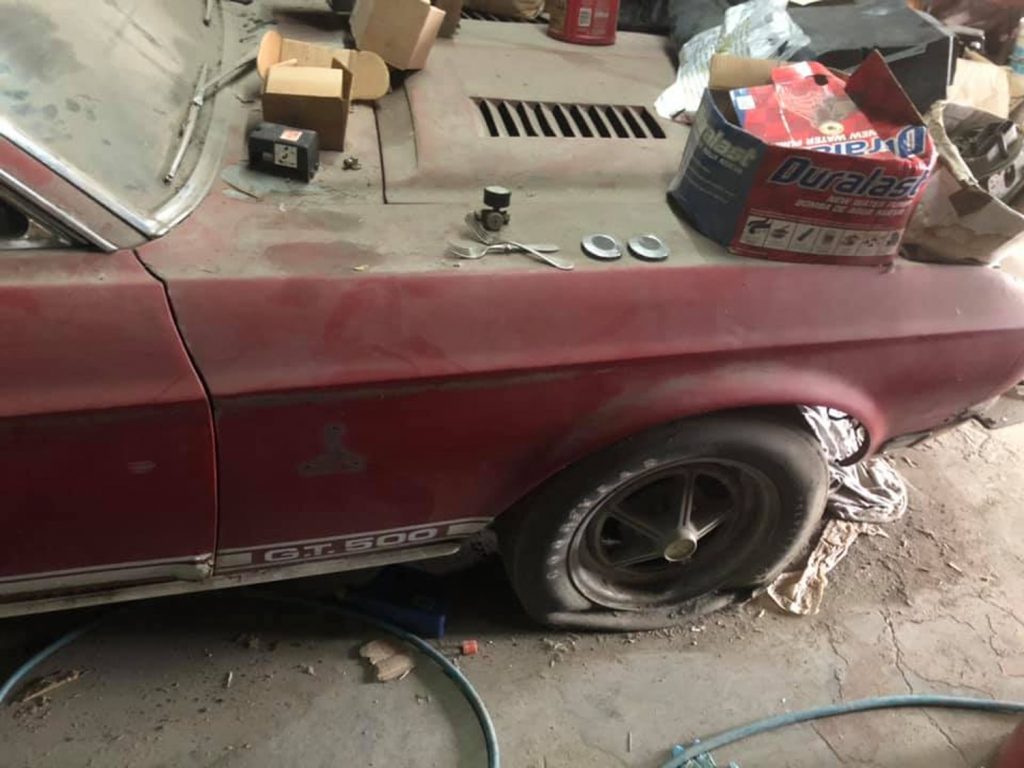 The seller also notes that the car comes with lots of new parts, but exactly what those new parts are is undescribed. The car is red and is claimed to have 100,000 miles on the odometer. All we have are images of the faded red exterior; the interior is said to be tan in color. The seller is asking $70,000 for this very rough and in need of restoration GT500. 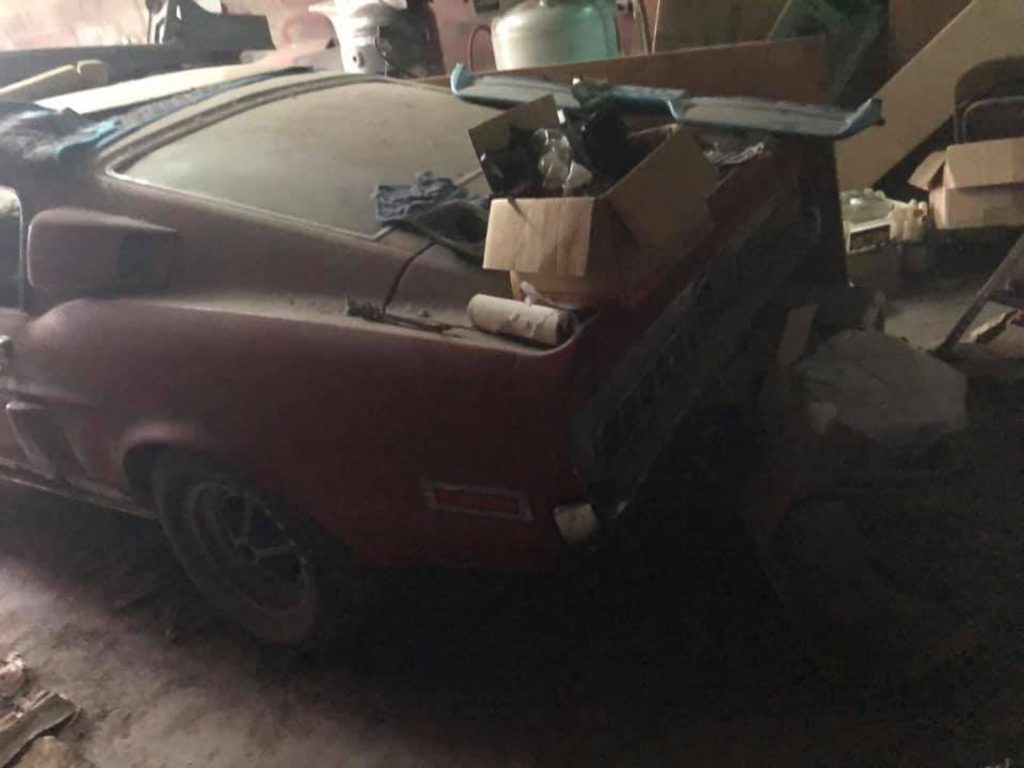 That sounds like a lot of money for the car to us. Back in October of last year, a 1968 Shelby GT500 went up for auction at Mecum that looked to be in better condition than this car, but was still rough. The auction house estimated only around $25,000 for that car. Since we don’t have pictures of the interior of the car on Facebook Marketplace, we can’t rule out that this example may be more complete. A real numbers matching 1968 Shelby GT500 is difficult to find a and someone will probably pay the money for the car.