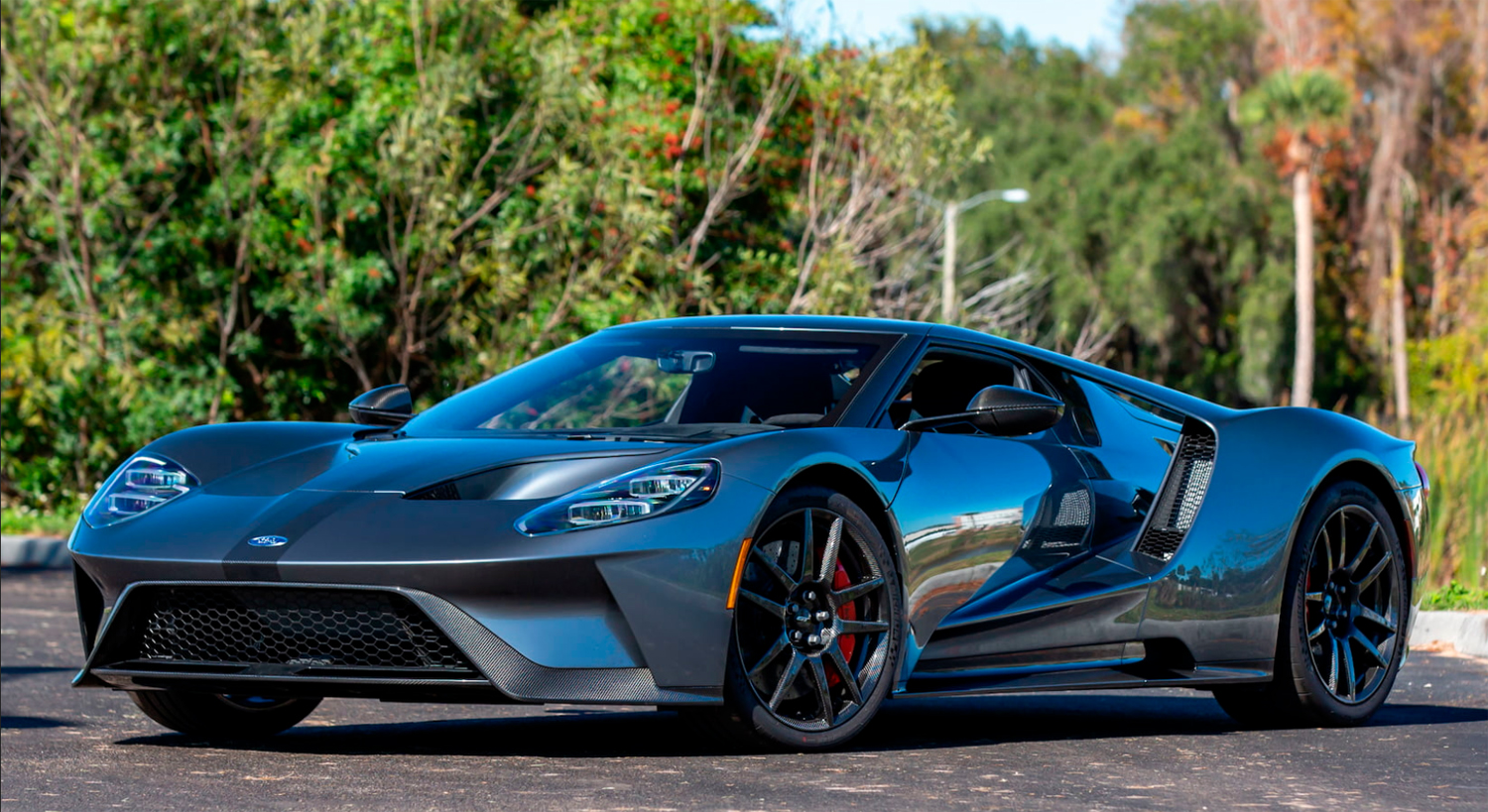 It pays to be a good driver and win races for Ford. The automaker has a history of giving its winning race drivers cars to commemorate their success. In fact, Ford recently gave Hailie Deegan a new Shelby GT350 after a particularly good race outing. One of the most famous racing drivers in modern times to get behind the wheel of a car for Ford was Sebastien Bourdais, who won the GTE class at the 24 Hours of Le Mans in 2016. His personal 2017 Ford GT Competition Series is going up for auction with Mecum Auctions. 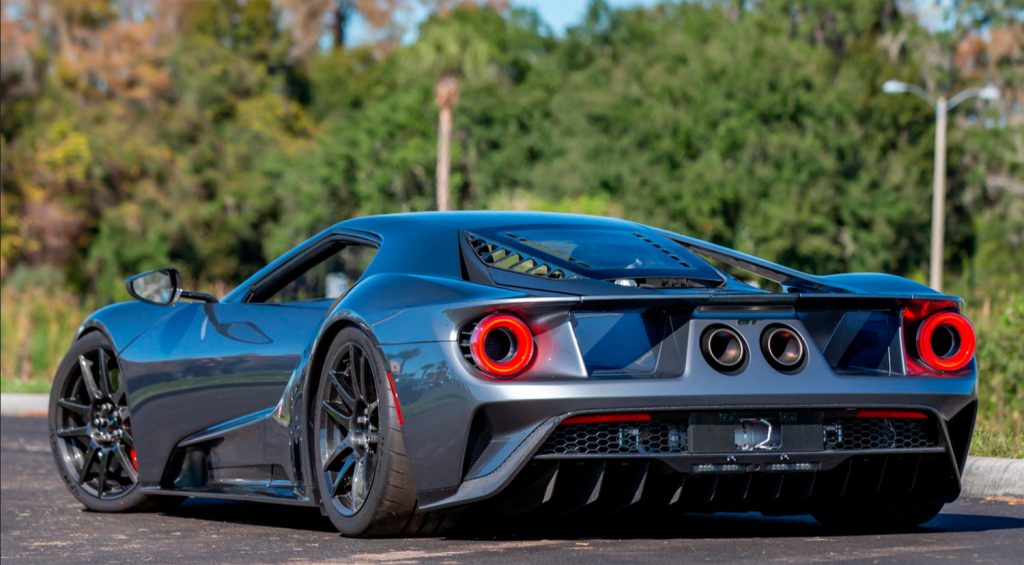 It’s not clear if the vehicle was gifted to Bourdais, or he purchased it. What is clear is that Ford allowed the drivers who were part of the Ford GT racing program to get a street Ford GT. Bourdais says that the options were limited on the car with the factory having chosen most of the features. He says there were a few different colors and the Competition Series added more features. He says that he chose the Competition Series because it had the full Alcantara interior. 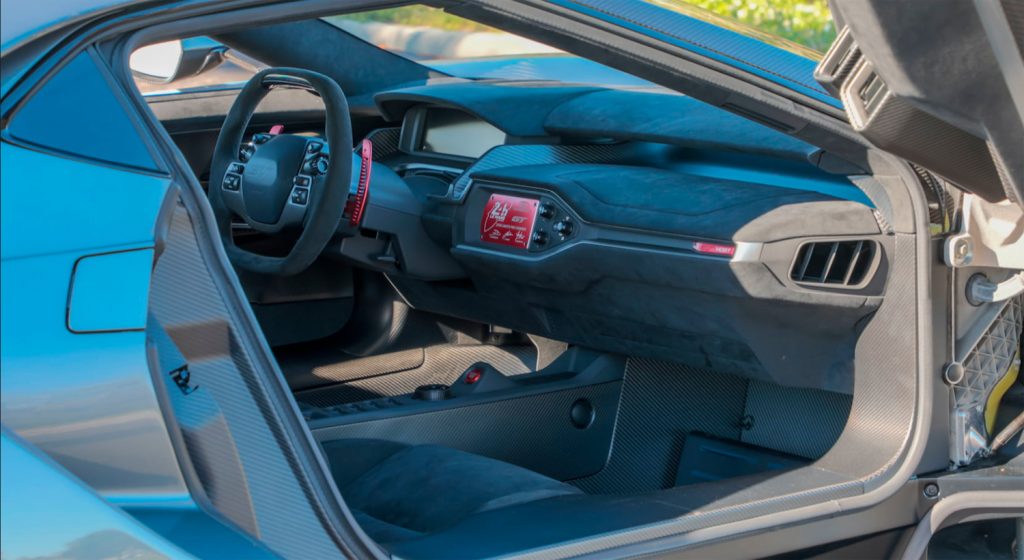 The 2017 Ford GT Competition Series has a single full-length stripe exposing the carbon fiber bodywork of the car and different accommodations on the inside. The Competition Package was aimed at reducing weight and lowering the center of gravity along with some specific cosmetic details to set it apart from other cars. The car has the 3.5-liter EcoBoost twin-turbocharged V-6 engine that makes 647 horsepower and 550 pound-feet of torque with a seven-speed dual-clutch transmission. 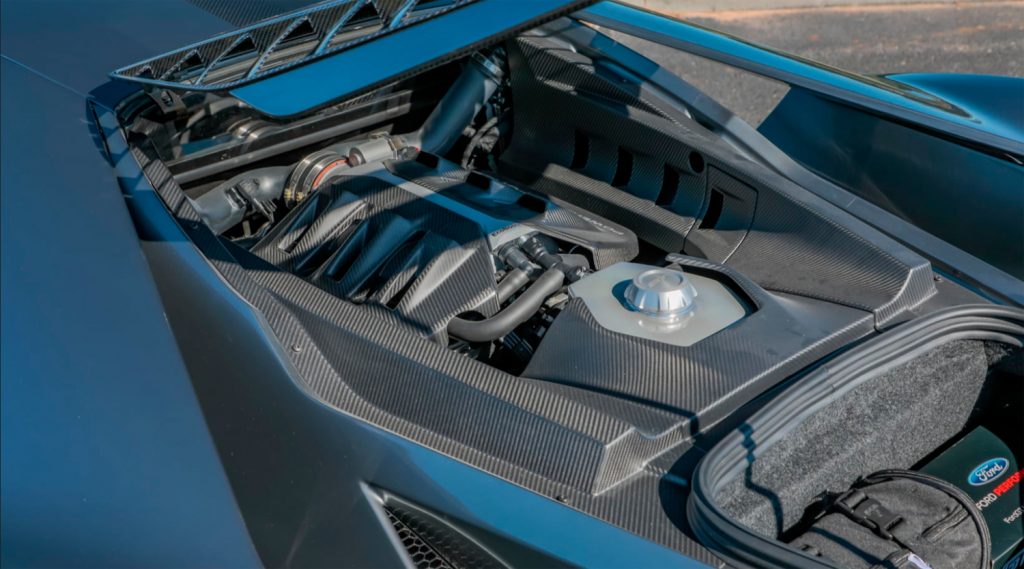 This particular car is in Liquid Gray and has a unique livery. It also had some specifications from the normal cars removed, including air conditioning, the stereo and speakers, storage bins, and cupholders. It has a special race-inspired lightweight engine cover with a manual latch and a two-piece carbon fiber prop rod. The car also features carbon fiber 10-spoke wheels, titanium lug nuts, and a titanium exhaust as standard. The car has only 265 miles on it and is one of three cars with a direct connection through the original owner to Ford’s 2016 Le Mans win. It’s unclear how much the car will sell for the auction, but these cars have been bringing roughly twice their standard MSRP. The assumption is the car will bring somewhere in the million-dollar range.