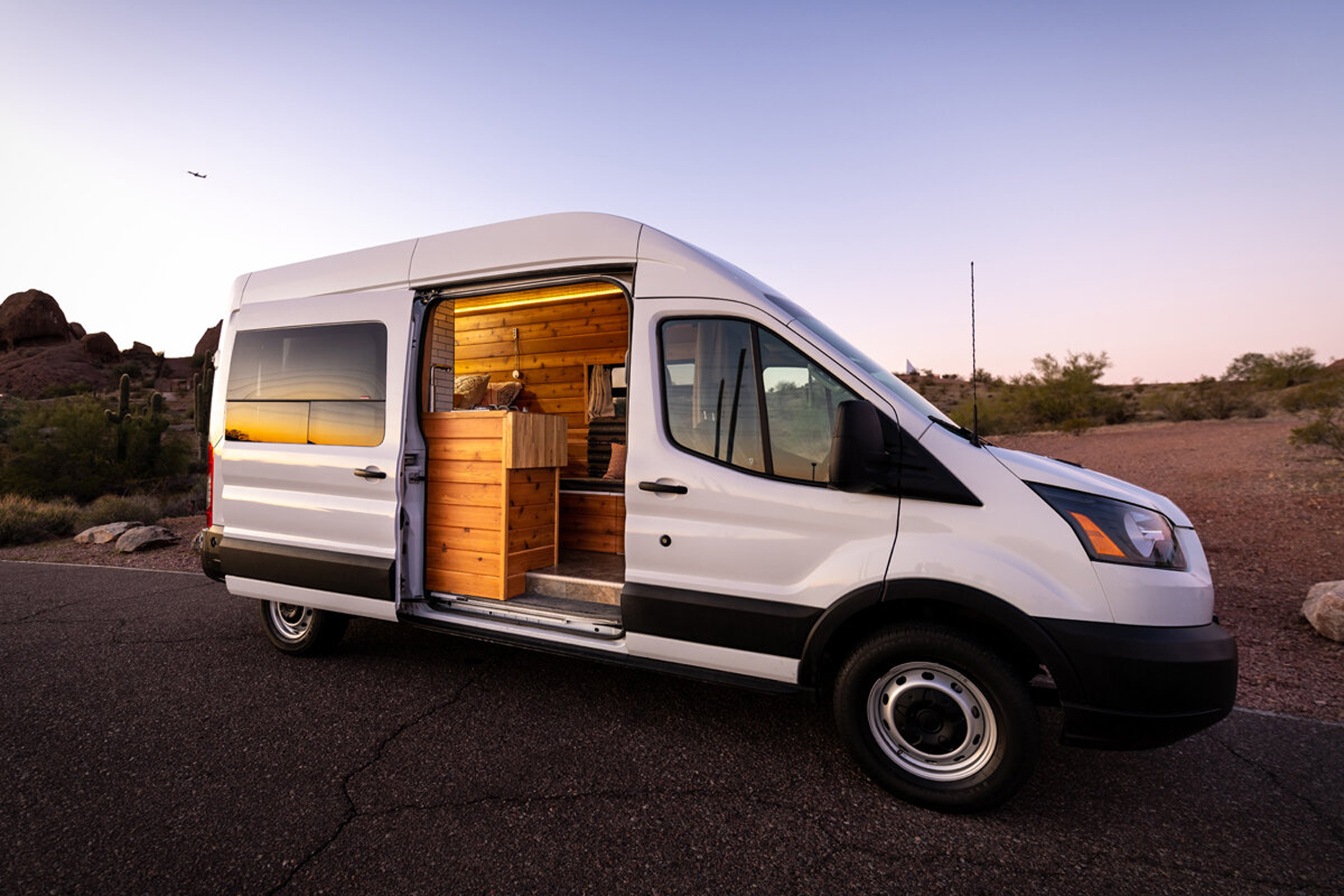 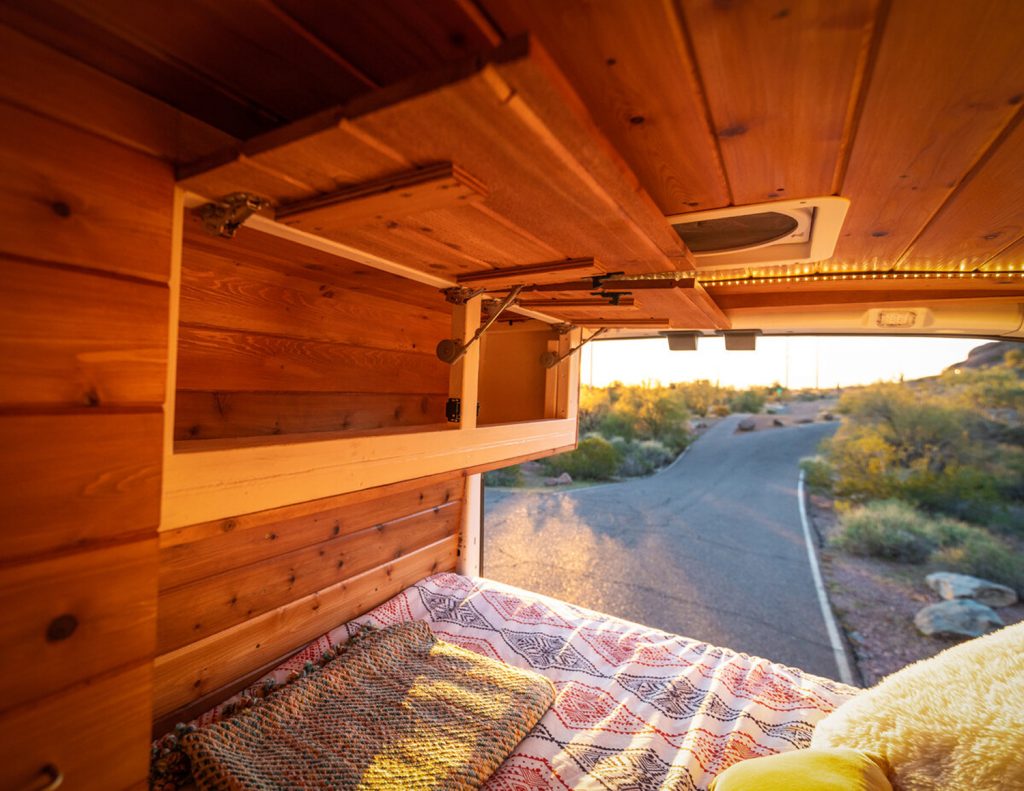 The camper van has an onboard solar electrical system that allows the van to be used off-grid and to power itself in sunny and cloudy weather. The camper van lacks an indoor shower but has everything else you need to live for as long as you want. In the very back of the van is a full-size bed with an eight-inch memory foam mattress. The vehicle has 300 watts of solar power and a 3000-watt inverter. 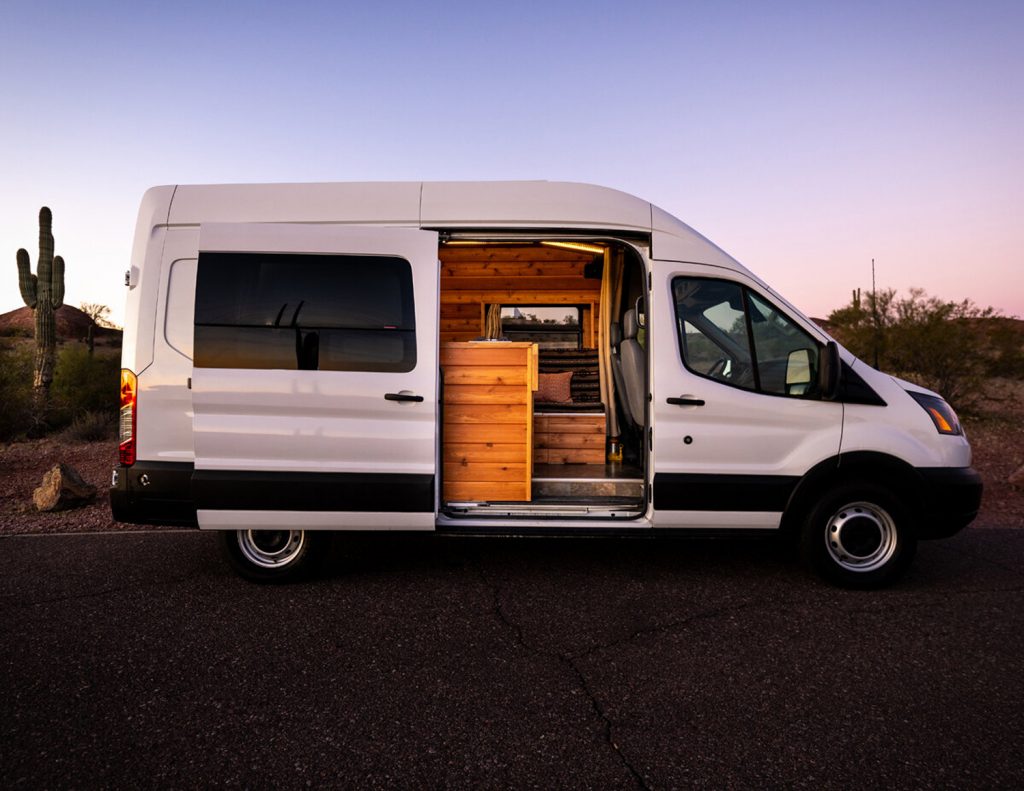 Over the bed is an intake/outtake roof fan to keep the interior comfortable and the camper has a 25-gallon water tank and outdoor shower. The entire interior is fitted with LED lighting and a dimmer switch. It has a removable Lagun table that swivels and a butcher block kitchenette with a sink. The refrigerator is a Dometic CFX 40W electric fridge, and the camper also has a stowaway Dometic portable toilet. 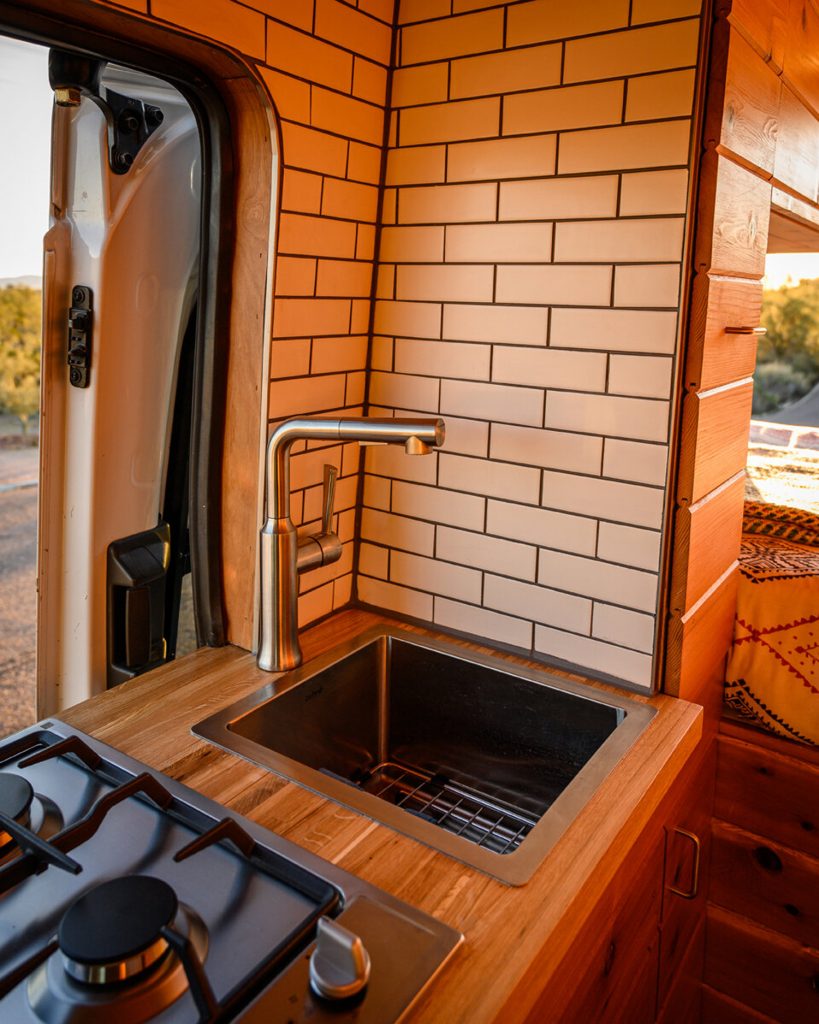 For cooking, there’s a two-burner propane cooktop, and for lounging about, there is a two-person sofa with custom upholstery. A pull out pantry stores plenty of food and there are multiple AC outlets scattered around the camper. Other features include a custom tile backsplash, custom vinyl flooring, a secret compartment under the bed, and a passenger swivel chair. It’s unclear how much this custom Ford Transit camper van might’ve cost, but it looks very expensive and is built on a 2019 Ford Transit 250 High Roof van.