1993 was the last year for the Fox-body Mustang, and for many Mustang fans, a clean Fox is their ultimate pony car. In the year 1993, the Mustang that was most wanted in high schools around the country was a 1993 Ford Mustang SVT Cobra. Those cars are still highly desirable today and RM Sotheby’s has announced that it will have a 1993 Ford Mustang SVT Cobra heading to auction in Palm Beach March 20th through 21st. 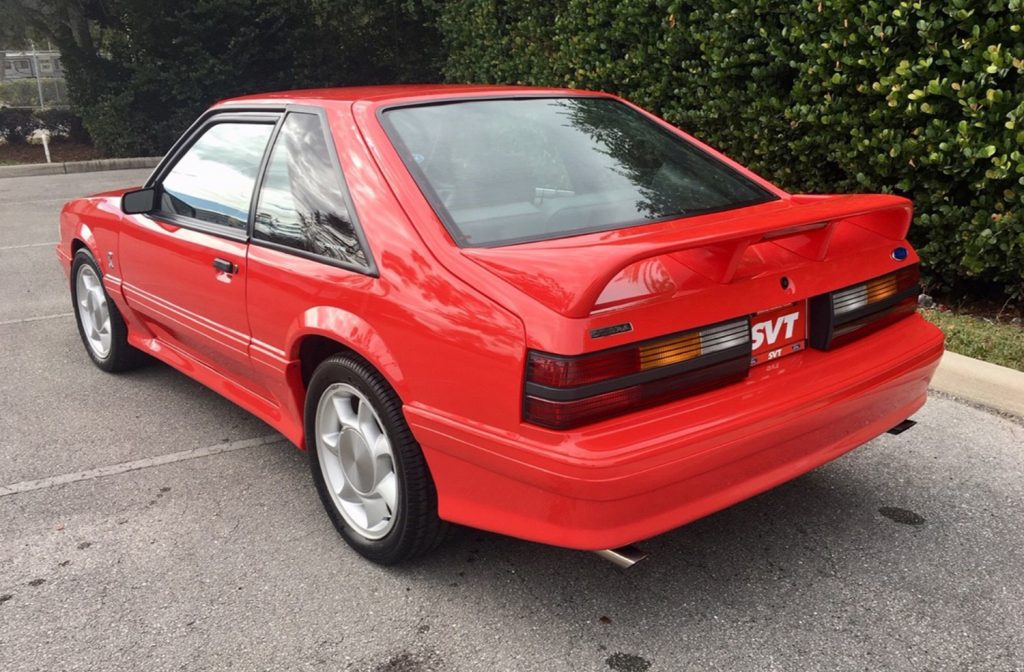 Like all GT or LX Mustangs of the year sporting a V-8 engine, this SVT Cobra has a 302 cubic-inch V-8 engine known as the 5.0, with improved performance over normal 5.0 cars. This particular car is Vibrant Red with gray leather interior, which is one of the best-looking colors for the car. Our hands-down favorite color for an SVT Cobra is teal, but we wouldn’t complain about a red one. 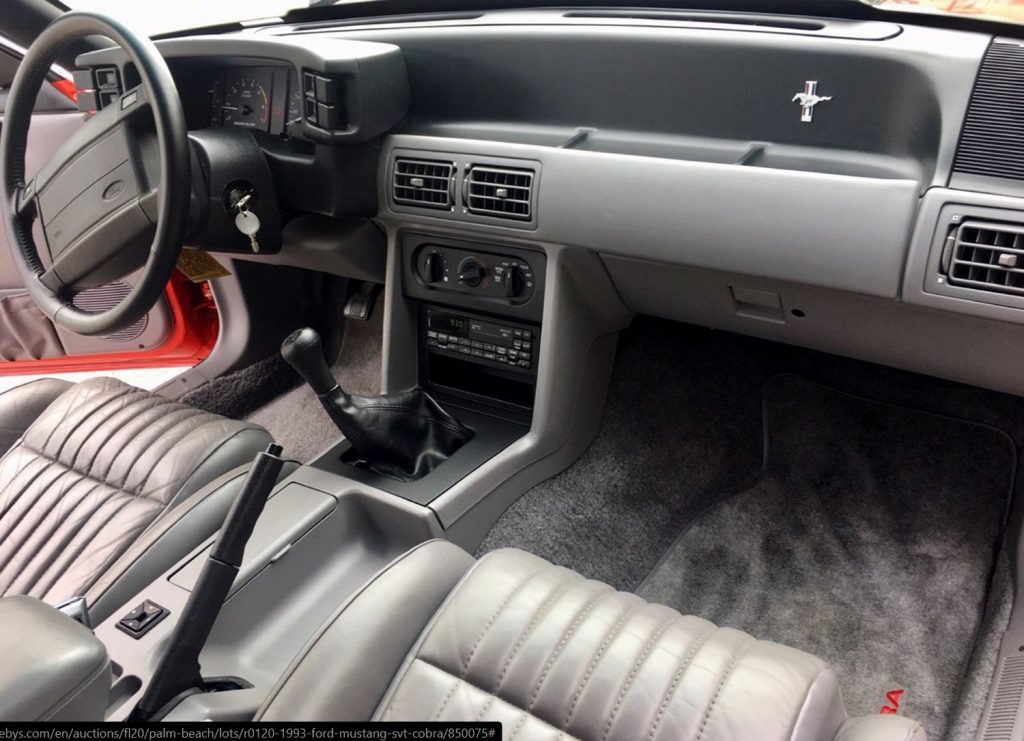 This particular example has less than 3000 original miles on the odometer and is one of only 4993 SVT Cobra Mustangs built in the year. The sale includes the original framed window sticker, owner’s manuals, and SVT certificate. We’ve seen lower mile examples of Cobra Mustangs from the era, but none any cleaner than this red car. 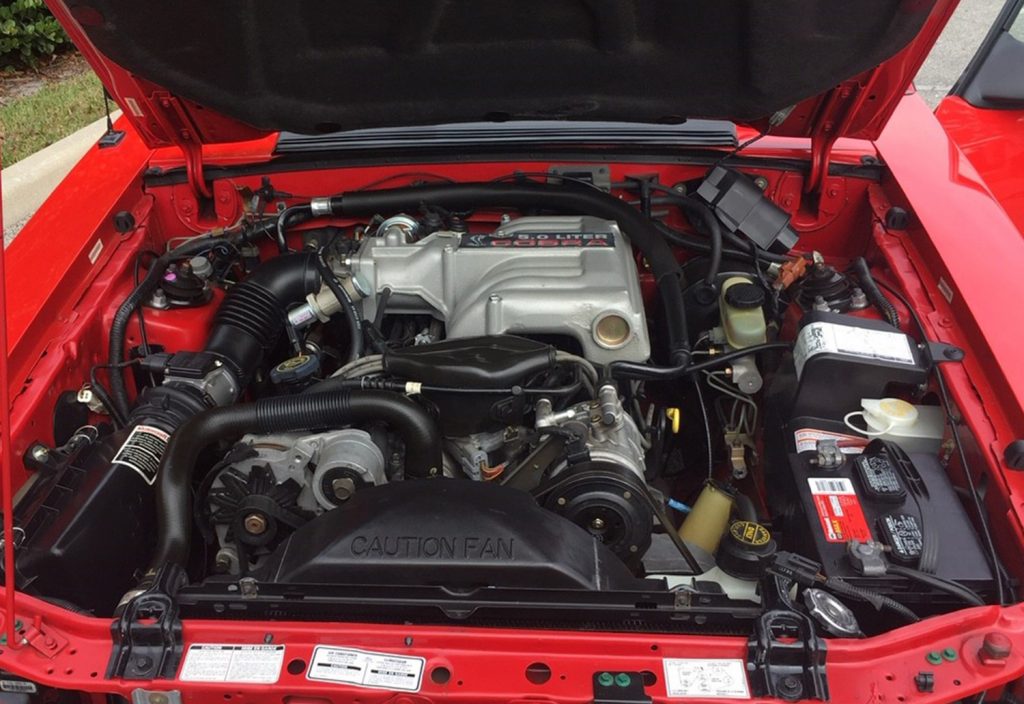 RM Sotheby’s isn’t clear on which a build number this particular car is. While the Cobra Mustangs of this vintage and Fox-body cars, in general, are bringing significant money, this car is likely to be one of the more affordable classics at the auction. A lower mile example we mentioned last year sold for a little over $58,000. The most expensive Fox-body sold so far was a 1993 Cobra R that sold $132,000. 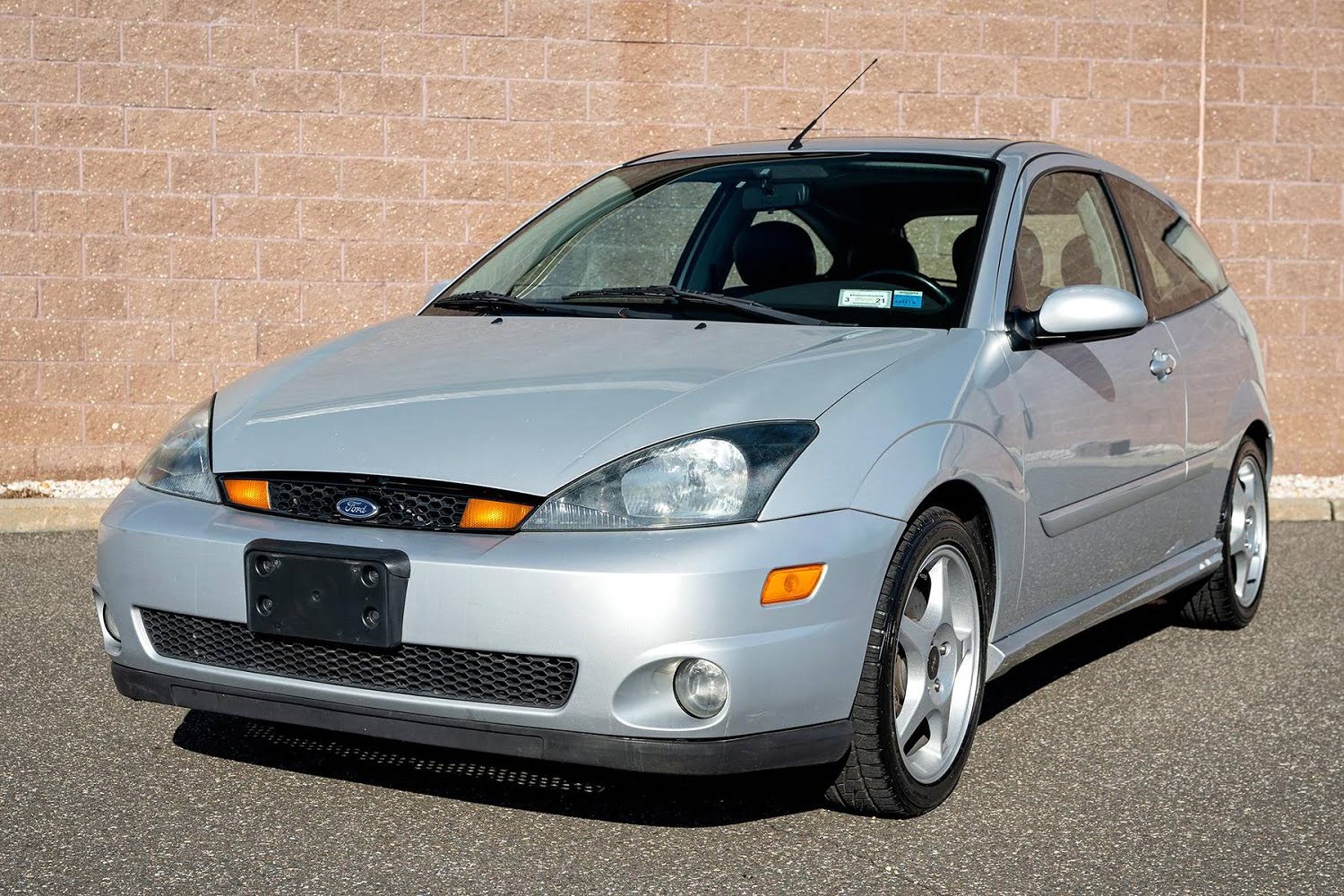