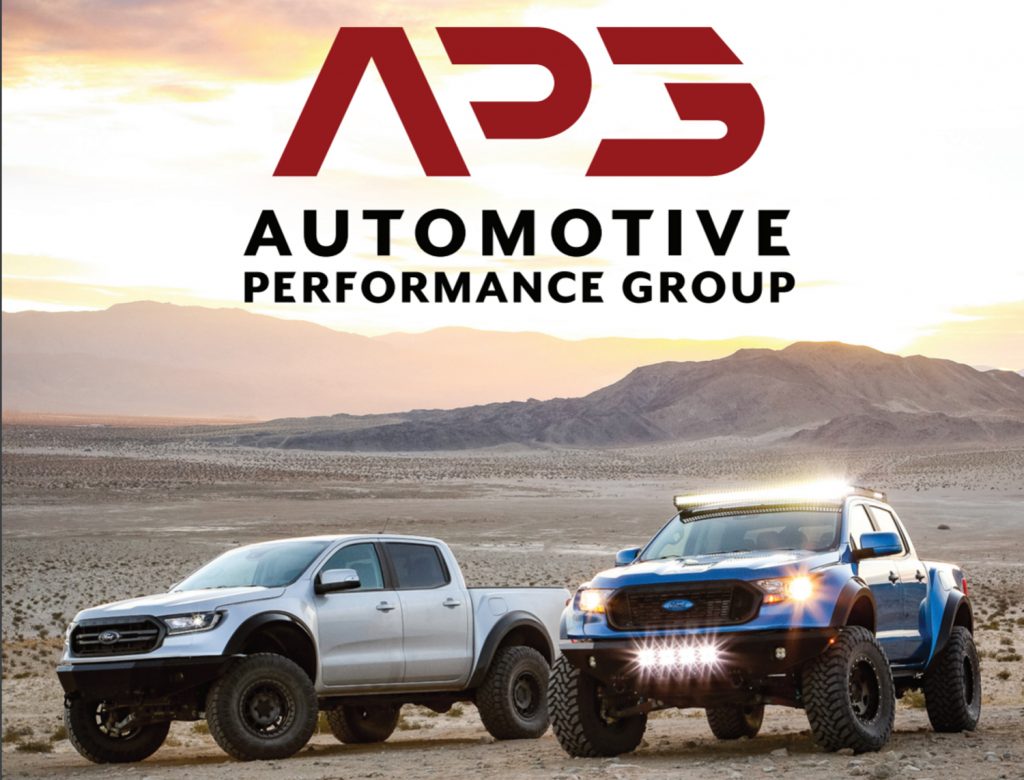 Ford Ranger fans who want something that’s a little more off-road-oriented and live in the United States where they can’t get the Ranger Raptor have a tuner package from a California company called Automotive Performance Group that looks very cool. The package is the APG ProRunner Series 1, and it adds some nice off-road upgrades along with styling modifications.

On the performance side of things, the APG ProRunner Series 1 gets long-travel suspension that gives the Ranger 12.5-inches of wheel travel and allows the truck to roll on 35-inch tires. The package doesn’t come with shocks, tires, or wheels. The package includes some carbon fiber body bits and a wide body kit that makes the truck significantly wider. 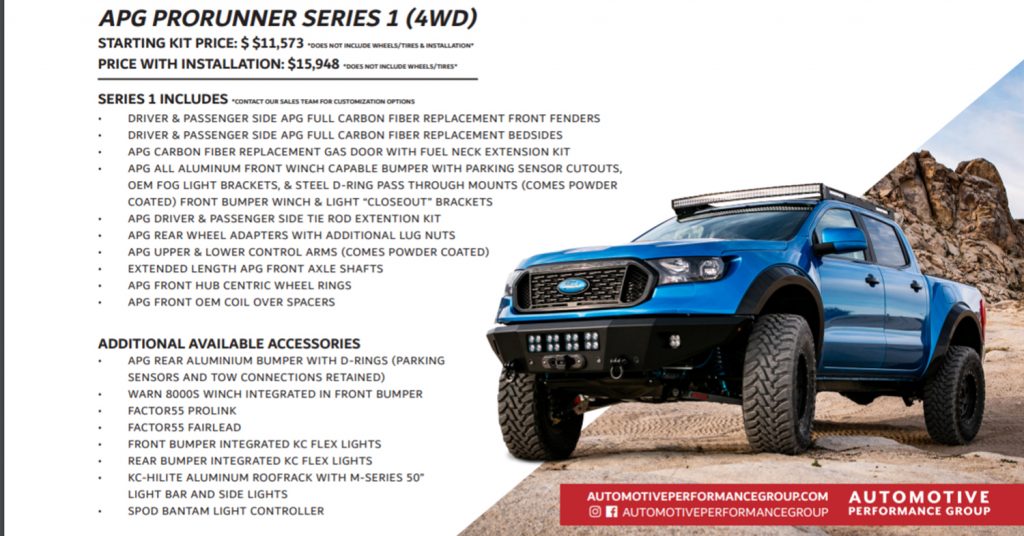 The wide-body kit makes the truck 10 inches wider overall. Also included are aluminum front and rear bumpers with the front bumper supporting a winch. There are plenty of LED lights front and rear along with a roof rack that also holds a light bar. It appears that there are LED lights on the side of that roof rack as well.

APG will put the ProRunner Series 1 package on either a four-wheel-drive or rear-wheel-drive Ranger. The parts cost $11,573 and 20 added installation and the needed paint you’re looking at $15,948. Keep in mind that wheels, tires, and the shocks aren’t included in that price. That would put a Ranger buyer right at the same price of a well-equipped Jeep Gladiator with a base 4×4 Ranger priced at $28,570. It seems like a lot of cash when you can figure in quite a bit more for shocks, wheels, and tires. Ford recently issued another recall on the Ranger pickup.

Check Out The SEMA Hellwig Ford Ranger In Action