Ford says that in the UK, 60 cyclists are seriously injured or killed each year from something called “car dooring.” Car dooring occurs when drivers or passengers open the door of a car into the path of a cyclist. In Germany in 2018, car dooring caused around 3500 accidents, and Ford says the problem is expected to get worse. The problem is getting worse because more people are riding e-scooters and bikes in cities.

However, Ford has new technology that it believes can one day make it easier for cyclists to avoid dooring accidents called Exit Warning. The feature provides visual and audible alerts to road users and vehicle occupants when it detects that opening the door of a parked car might cause a collision. It could also prevent a vehicle door from opening into someone’s path.

Ford says that its vehicles already feature sensors and technology able to detect and brake for cyclists automatically and to help drivers know when other road users are in their blind spots. Using the existing sensors, Exit Warning would be able to analyze and understand the movement of approaching road users, whether they are cyclists or motorcyclists, on both the driver and passenger side of the vehicle. If the system detects opening the door could cause a collision, an alarm would sound to warn the driver or passenger of danger, and bright red LEDs on the side mirrors would begin to flash as a visual warning for cyclists.

A strip of red LEDs along the inner trim of the door would become visible when the door opens, providing further warning for passing road users. Engineers are also testing a new mechanism for the car door that momentarily prevents them from fully opening until the Exit Warning system determines the passing road user is clear of the vehicle. The vehicle occupant might be able to override that system in the event of an emergency. Ford announced recently that it was expanding its Spin e-scooter program into the UK and Europe. The automaker has also shown off a prototype emoji jacket that could allow cyclists to signal if they intend to turn, making them more visible to drivers. 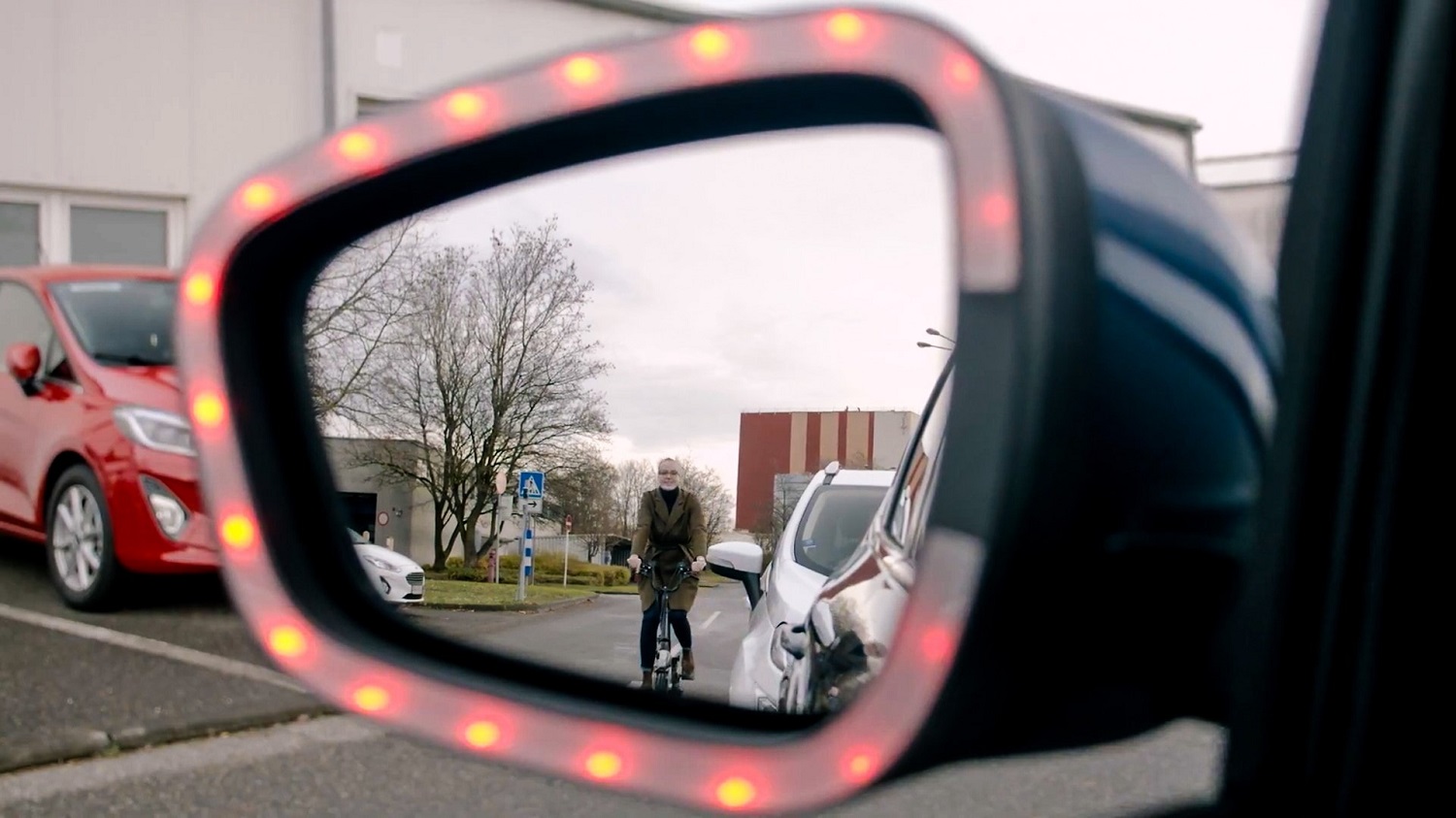