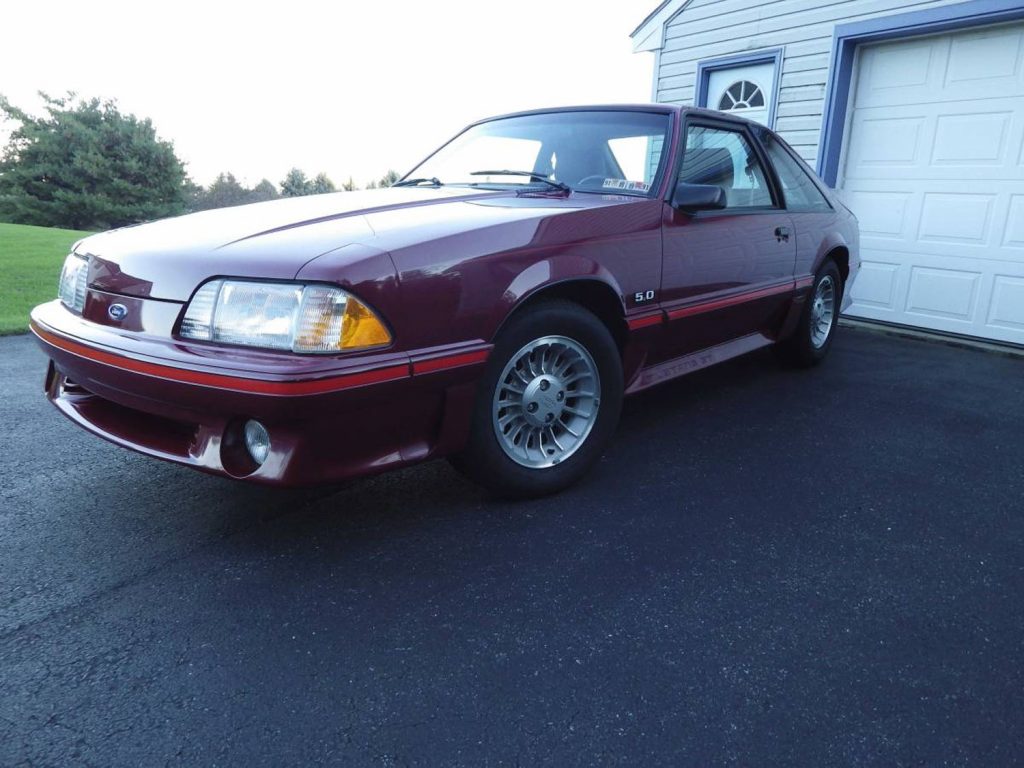 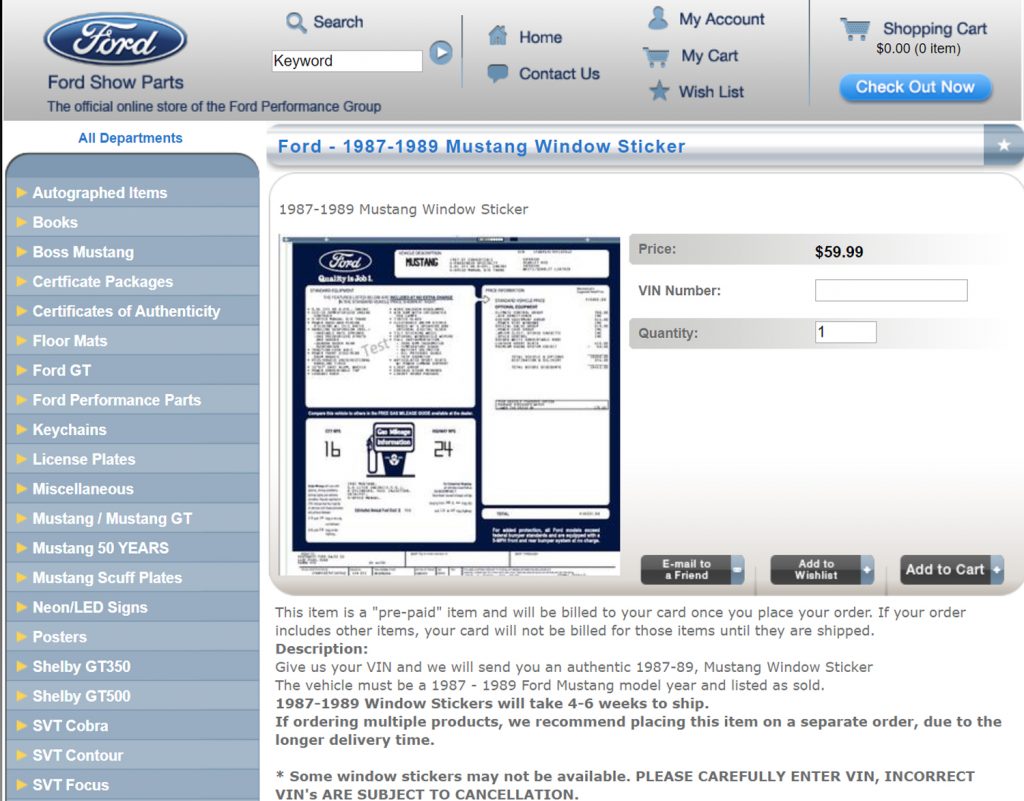 To be able to purchase the reprint window stickers, buyers have to provide the VIN. Ford Show Parts warns that those who are ordering the window stickers need to be careful with entering the VIN because incorrectly entered numbers are subject to cancellation. The company also notes that the Mustang had to be listed as sold.

It’s not clear why only 1987 through 1989 Mustang window stickers are available. Fox-body cars ended production in 1993. Fox-body Mustangs are extremely desirable right now, with many people looking to buy one, and anyone wanting all the documentation the car had with new will appreciate these available window stickers. For those with newer cars, there is a listing to allow buyers to purchase new 2007 through 2019 window stickers.