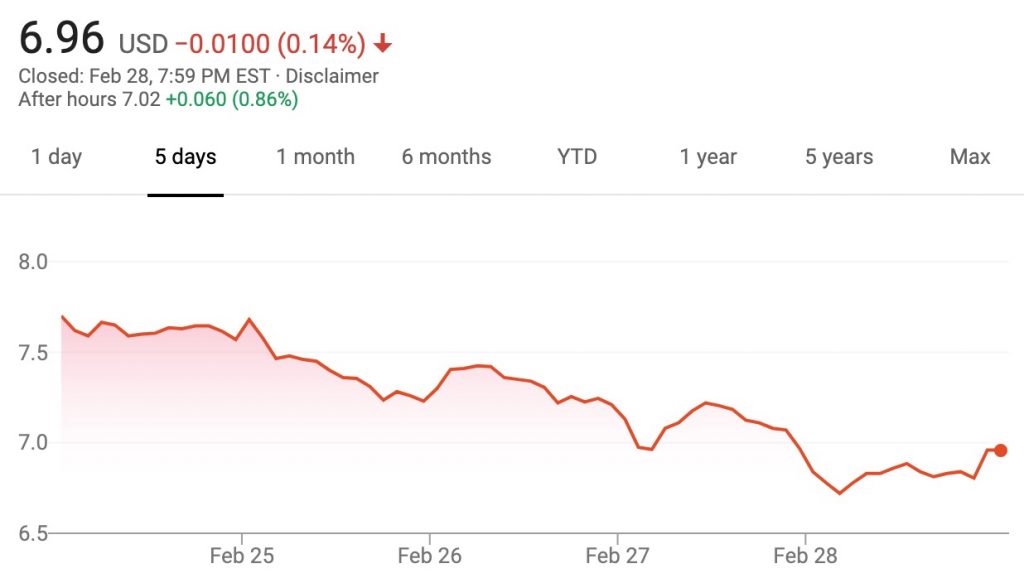 The resulting $6.96 per share is the lowest value in over a decade. After coming under pressure, Ford CEO Jim Hackett recently changed things up on the FoMoCo executive roster, replacing Joe Hinrichs with Jim Farley as COO.

By comparison, shares of Ford’s cross-town rival – General Motors Company – decreased $4.15 per share, or 12 percent – during the February 24th, 2020 – February 28th, 2020 timeframe. Some believe that the ongoing coronavirus is solely responsible for the downward performance of stocks, including Ford stock. The disease, sometimes deadly, has caused major instability in global markets, while also disrupting various operations, particularly those in China.