What we’re seeing here is the body-on-frame model that we’ve been spying for the greater part of the past year. Unlike the baby Bronco, there is nothing “baby” about this model – as it looks like it means business.

The model in question is painted in what appears to be the Iconic Silver color and has a soft-top roof, and it would appear that it’s the more capable trim level, as opposed to a more basic model variant. 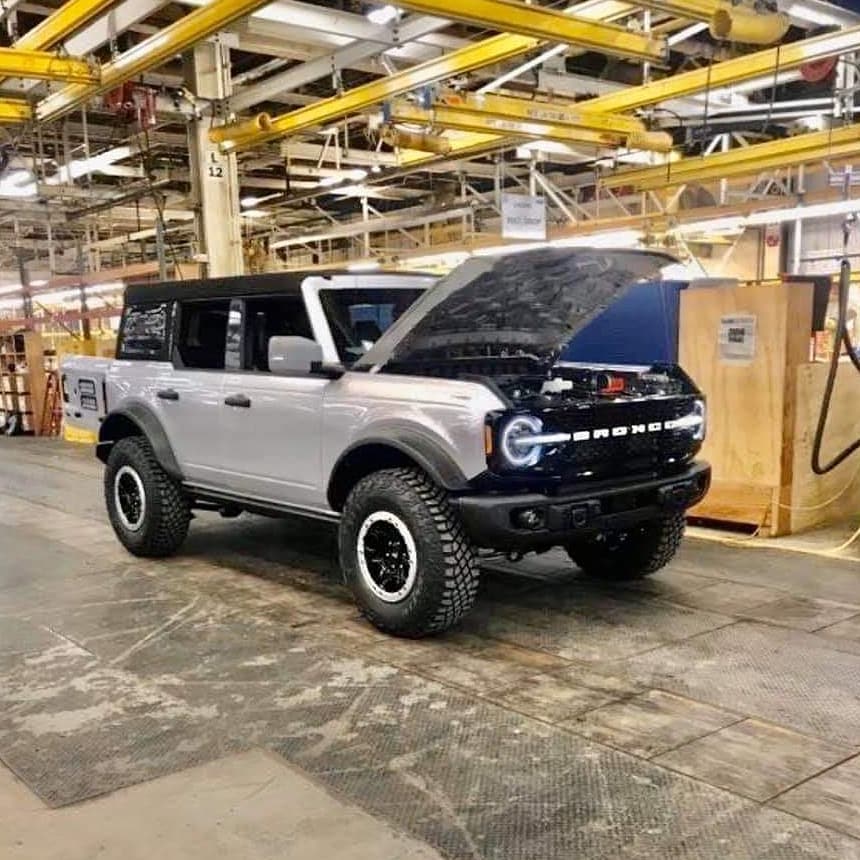 The front end of the 2021 Ford Bronco is boxy and upright. A prominent BRONCO script in white on a shiny black grille. A pair of round headlights with a halo surround is joined by a horizontal accent light running toward the inside of the grille. The front bumper is short, enabling a very small front overhang that’s sure to deliver a capable approach angle. That bumper also appears to have fog lights, collapsible recovery hooks, and a provision for a winch.

The front windshield seems to have relatively thin A-pillars, potentially foreshadowing its ability to fold forward. The mounting point of the relatively large front mirrors seems to support that suspicion. 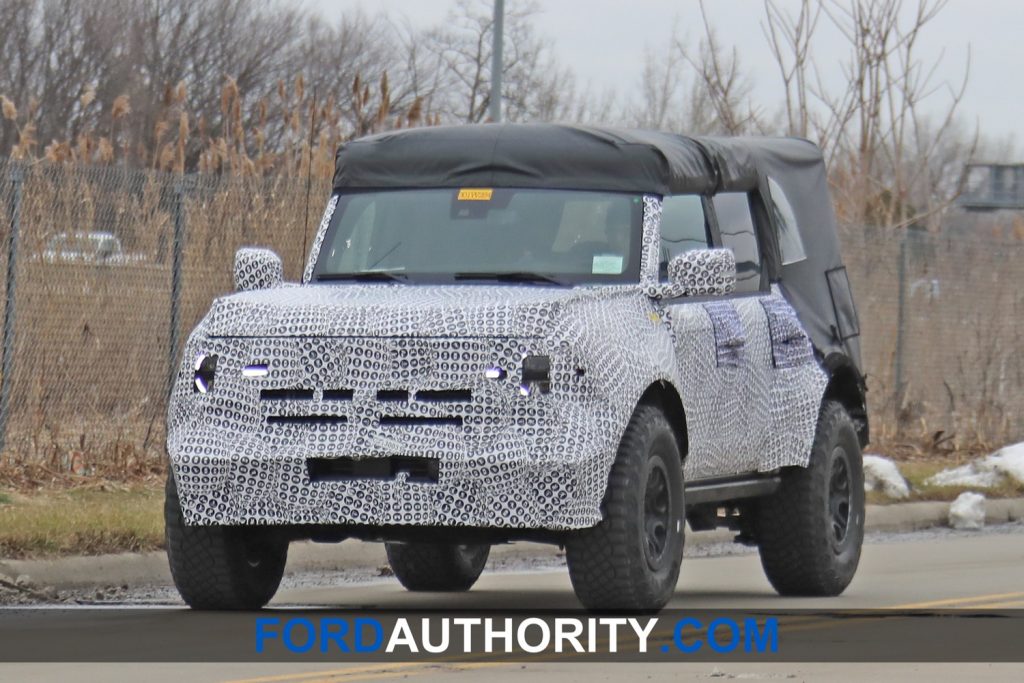 The side profile continues the boxy aesthetic, with upright panels throughout. Black fender flares cover the wheel wells. It is these flares that make us conclude that what we’re looking at here is a range-topping model in the trim level hierarchy, since there will be 2021 Bronco variants without these flares and with a narrower stance. 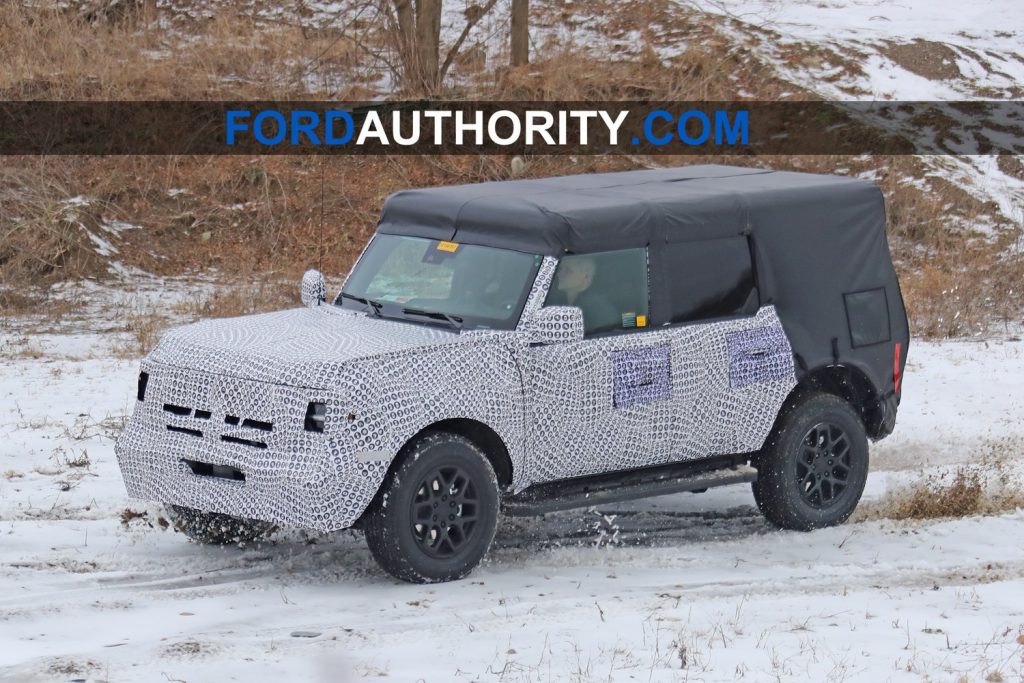 Small beadlock wheels with large, potentially 31 or 33 inches, are at the corners. The roof appears to be a removable soft-top. Much like the Bronco Sport crossover, this here big-boy Bronco has an upward kink at the C-pillar that runs all the way back to the D-pillar. Speaking of the pillars, all but the A-pillar are black, creating somewhat of a floating roof aesthetic.

Though we can’t see the rear end, we do partially see the swing gate, confirming what we’ve heard in the past about the 2021 Bronco’s rear end configuration. Meanwhile, the rear overhang is quite short as well, delivering what will certainly be an impressive departure angle. 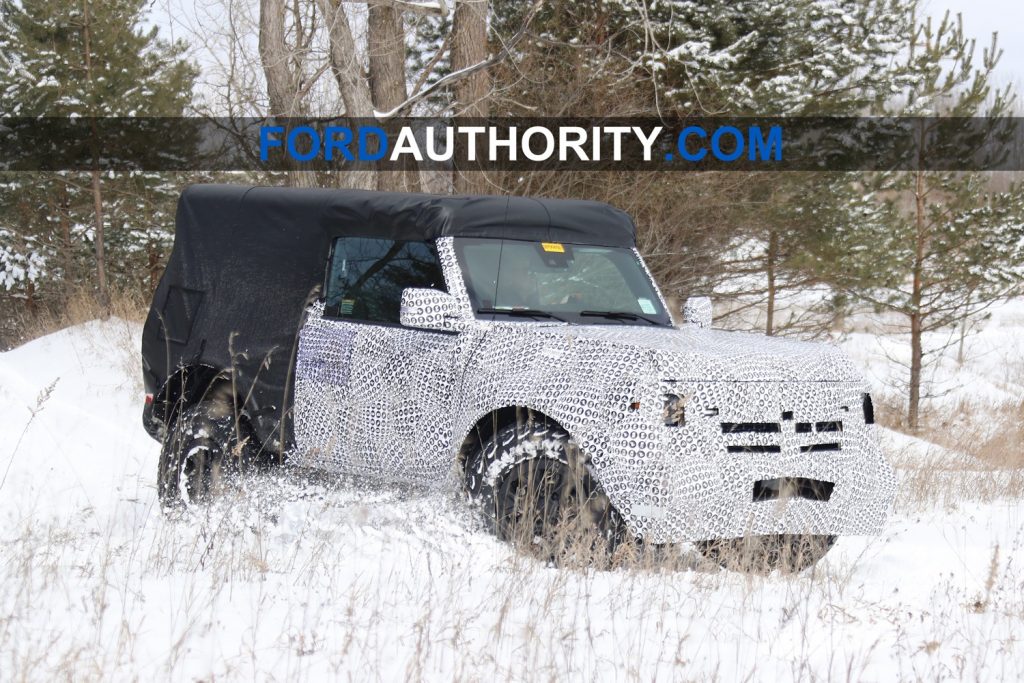 As Ford Authority exclusively reported, the 2021 Ford Bronco was planned to be revealed to the public in April. A private reveal for the media was scheduled for March. As of this writing, it’s unclear whether either event will take place as a result of the Coronavirus outbreak.

The new, body-on-frame Bronco seen here will be produced at the Ford Michigan assembly plant in Wayne, Michigan. The model range will be comprised of the four-door model seen here, a two-door model, and a pickup truck variant. Each vehicle will have a few trim levels that will range in capability and price. The Bronco Sport will slot in below the “regular” Bronco family.

We’ll have more on this beast in the near future, so be sure to subscribe to Ford Authority for more Ford Bronco news and around-the-clock Ford news coverage. 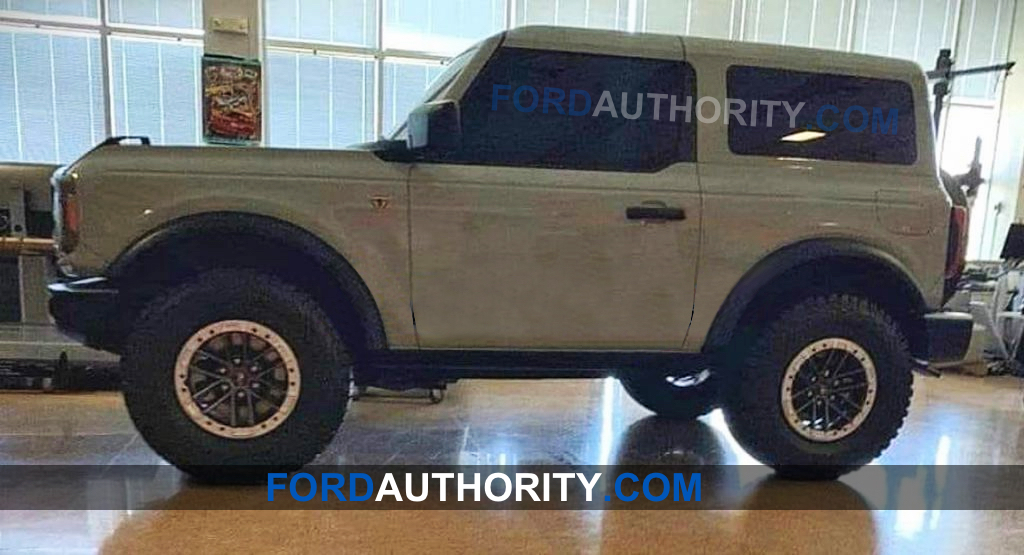