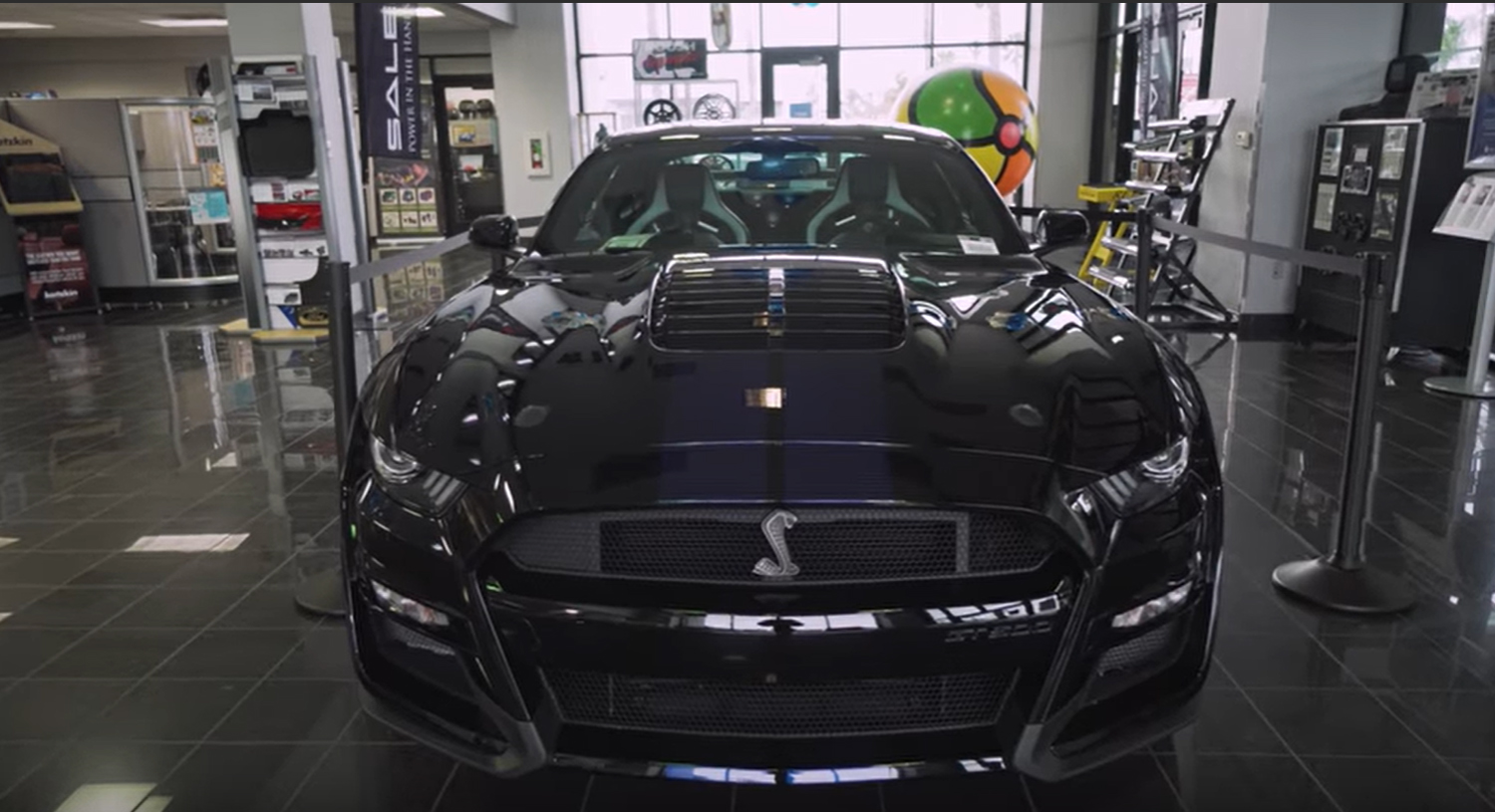 Since the first round of 2020 GT500 cars have started trickling out to early buyers in dealerships, we have seen some insane dealer markups for these cars. We’ve seen standard GT500s that were well over $100,000, and we’ve seen buyers trying to flip their GT 500 for big profits before the car is even delivered. Now a video has been posted on YouTube that shows a dealership called Fritts Ford that has a 2020 GT500 with the carbon fiber track pack and painted Kona blue stripes in the showroom.

With the blue stripes, the car looks fantastic. There are some scratches in the paint already, likely from a careless employee or shopper. The car is notably missing its front splitter and wickers on the front, but those will presumably be installed in the delivery process. Another interesting tidbit that turns up in the video is that the poster claims dealerships have been told not to install the wickers on the side or the gurney flap on the rear because those parts are track-only items.

The sticker in the window the car shows the MSRP at nearly $106,000 with an $80,000 market value adjustment bringing the total price to $185,890. We still firmly believe that these crazy dealer markups are hurting the Ford brand. People get excited about the cars only to go into a dealership and realize greed is putting them out of reach of the people the Mustang was originally meant for. You could buy two regular Mustang GTs or an optioned C8 Corvette for the dealer markup on that car.

We suspect that we will see similar market adjustments for the Mustang Mach-E and possibly some of the early Ford Broncos as well. Automotive dealerships are always ready to squeeze as much money as possible out of consumers. The best thing fans can do to show Ford and the dealerships this market adjustment practice is unacceptable is not to buy cars with market adjustments. We hope this GT500 track pack rots in the showroom.