A new infographic has been published that is based on information that Ford has offered up about the new Mach-E electric vehicle. Ford says that the Mustang Mach-E has drawn reservations from all 50 states during the first three months reservations were being offered. Ford notes that the Mustang Mach-E with the extended-range battery and rear-wheel-drive is particularly popular with customers in the West and Southwest. 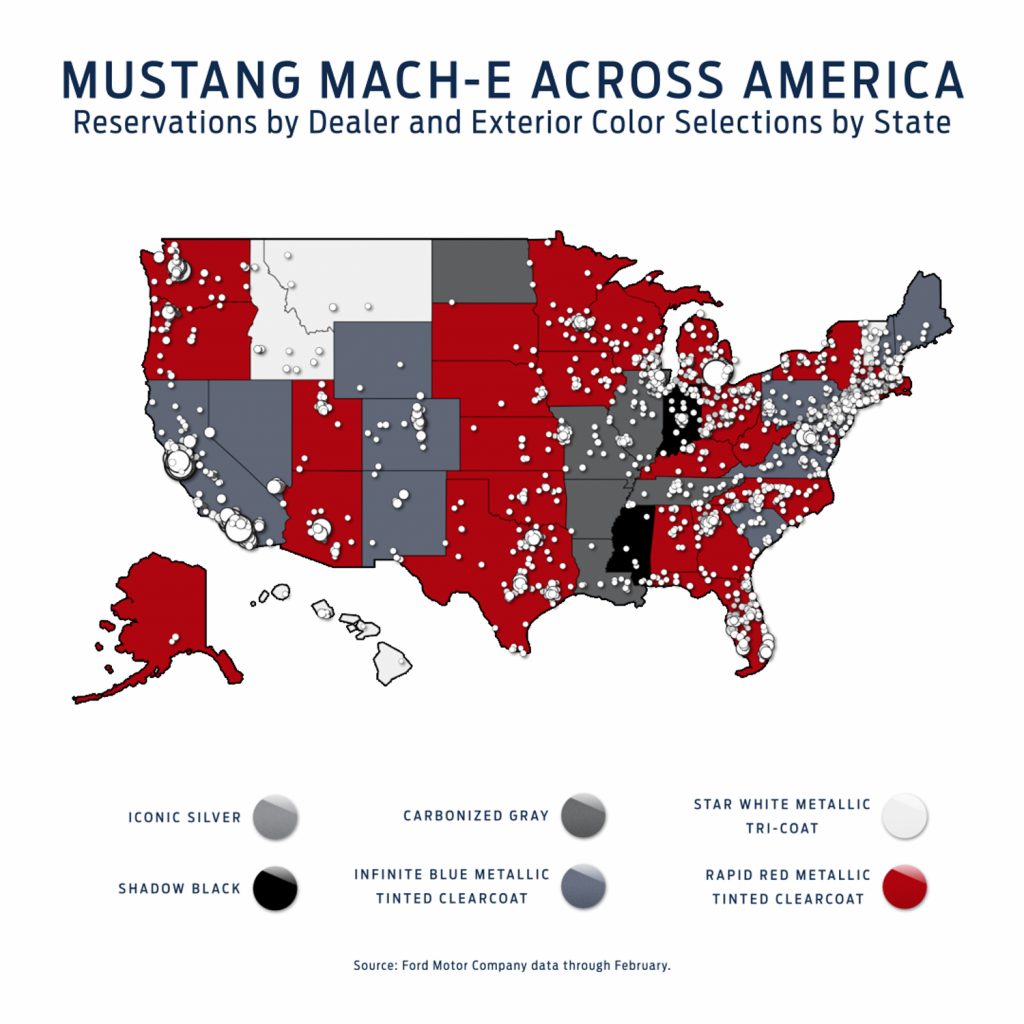 The Mach-E GT remains popular with buyers all around the country, with Ford saying that about 30 percent of all reservations are for the GT model. The demand for the GT version has remained steady since Ford last talked about reservations in December. That month was when the automaker announced that the First Edition reservations were full.

It appears that most of the country prefers the Rapid Red color or Carbonized Gray. Ford still won’t say how many Mach-E EVs have been reserved, but indications are few of those reservations have been made at dealerships. It’s unclear if the infographic is showing dots for dealerships where reservations were placed or where reservations made online would be assigned. Deliveries for the Mach-E are set to begin in late 2020.