We aren’t going to pretend to understand why people do such terrible modifications to their cars. Often these terrible mods destroy any value of the vehicle may have had beforehand and make them undesirable to everyone but the original owner. One perfect example is the SN95 Mustang owner that went all out on custom bodywork and then tried to sell the car. In the past, we’ve also seen a classic Mercury Comet that had a Ford Taurus front end grafted on. Both vehicles were equally heinous. Now someone has taken the front end from an S197 Mustang and bolted it to an old Ford Explorer.

The result is as strange and ugly as you might expect, complete with giant sidesteps that don’t match the vehicle at all. As bad as the Ford Mustang front looks on the Explorer, the actual work of grafting the two vehicles together looks very well done. The S197 Ford Mustang fenders and hood fit almost perfectly with the Explorer body. The whole works is painted a burnt orange color with extremely wide placed stripes on the hood and liftgate.

Protecting that hood is a bull bar with a pair of lights, as if this vehicle would ever see off-road use. The Mustang hood also has a terrible fake hood scoop plastered in the middle along with a custom grill. It appears as if the truck has been lifted, but it rolls on street tires that don’t look as if they would be at home off-road in the least.

The back is bizarre looking with some sort of custom lower valance with massive tailpipes riveted on and a pair of taillights on each side. We’re very curious if both sets of taillights work on each side of the vehicle. The images seen here turned up on the appropriately named Shi**y_Car_Mods sub-Reddit, and this Mustang/Explorer mashup certainly fits the bill. 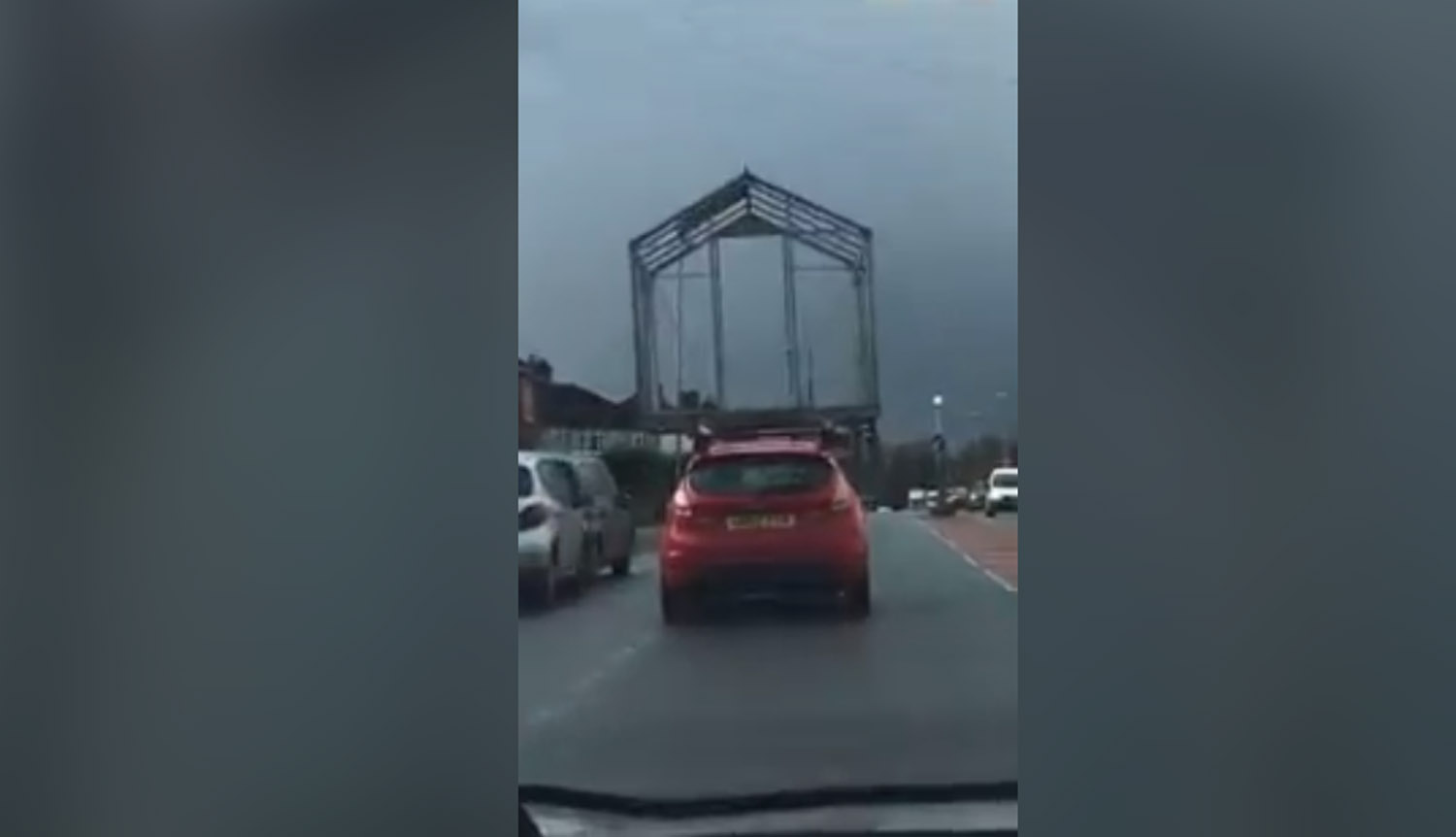