Classic trucks are bringing big money today, with some sellers asking nearly $100,000 for their trucks. Sometimes it’s hard to find a classic truck like a 1953 Ford F-100 that hasn’t been turned into a hot rod. For those who want a classic truck that looks stock, this 1953 Ford F-100 was hard to beat. We say “was” hard to beat, because this particular truck sold a few days ago on Bring A Trailer. It went for such a low price you’ll be as jealous as we are. 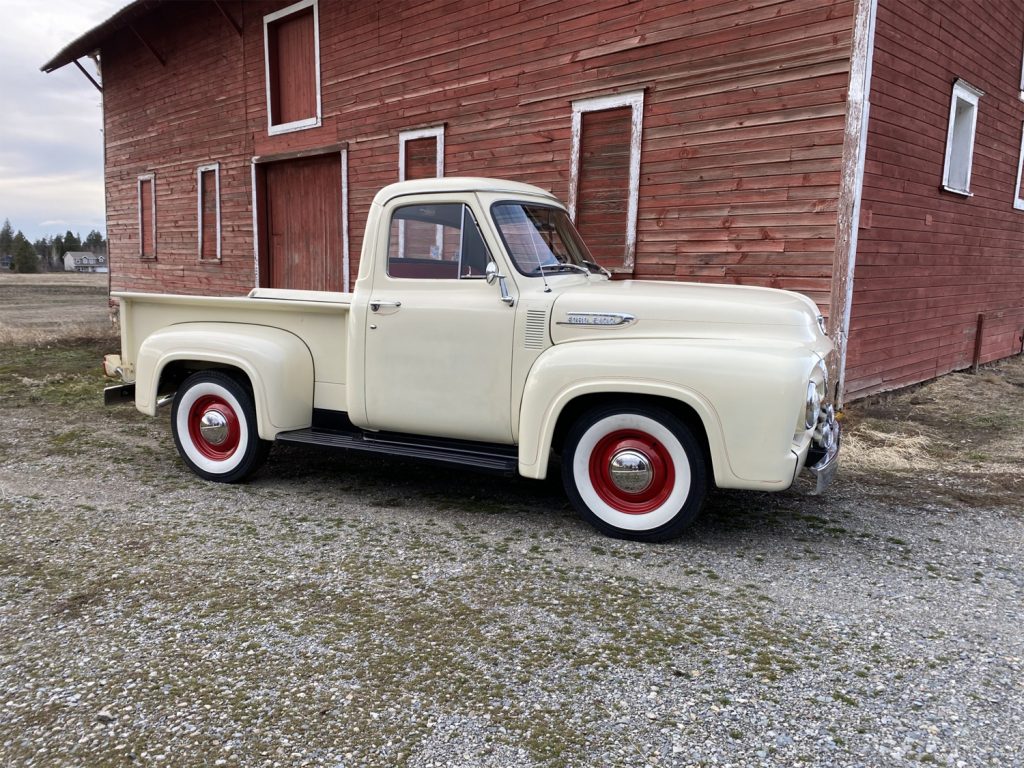 This 1953 Ford F-100 sold for only $23,000. It was sold brand-new in Farmington, Washington, and was owned by the current owner’s grandfather since 1965. The truck was restored in the mid-90s with new paint and a replacement oak bed. The wheels were recently powder coated and look fantastic in red. The tires are new whitewall radials. 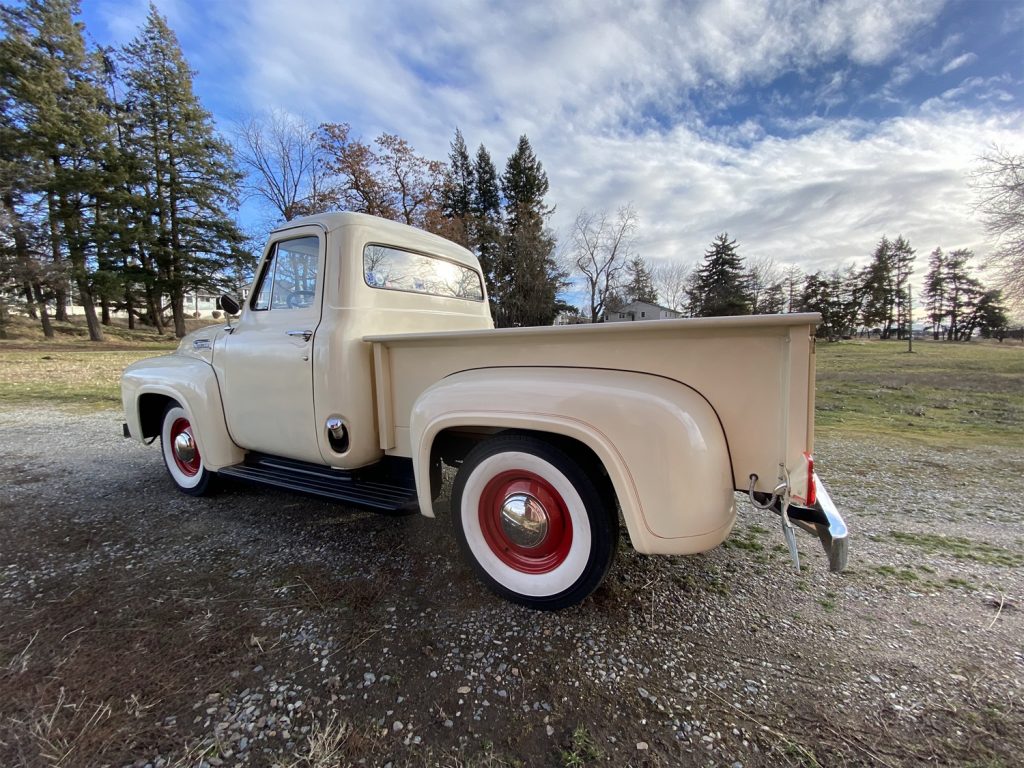 The paint almost looks white in the images here but is a beige color with a red vinyl interior. Power comes from a 239 cubic-inch flathead V-8 paired up with a four-speed manual transmission. The truck has Deluxe trim, radio, driving lights, and 50th anniversary horn button. The truck came with factory literature, a clean Washington title, and spare parts. 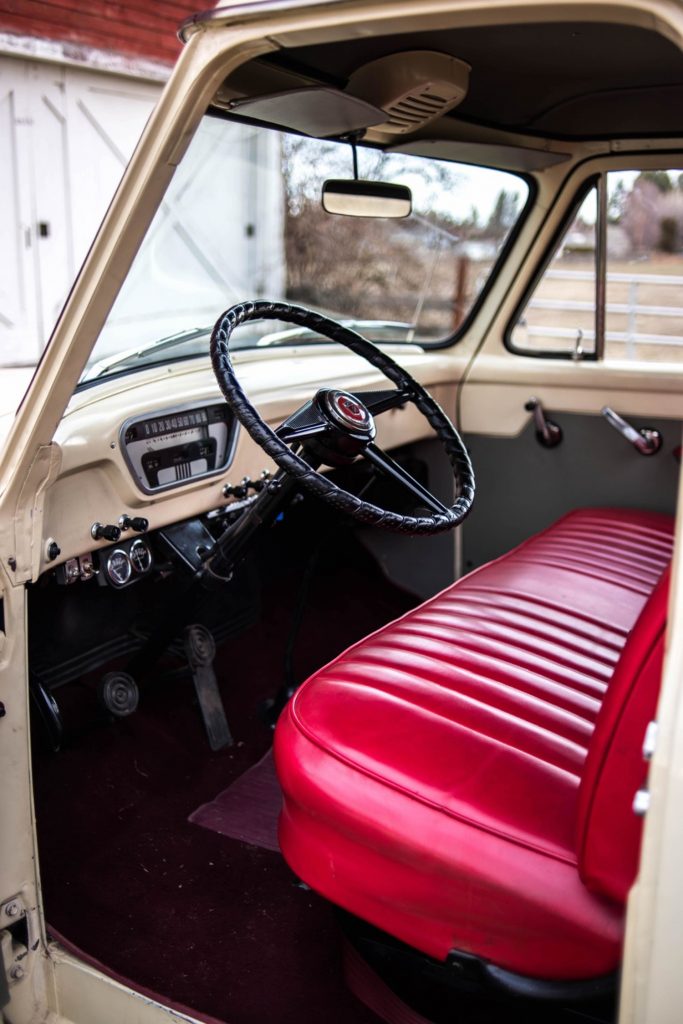 Considering that the restoration was over 20 years old, the truck still looks fantastic. As original as the truck looks in the images, it’s not a 100 percent factory correct restoration. It has aftermarket chrome front and rear bumpers installed along with a replacement tailgate. The radio and speakers are the factory parts, but didn’t work. The rear end was a nine-inch unit that came out of a 1995 Thunderbird as did the electric fuel pump. It’s hard to believe truck this clean went for only $23,000.