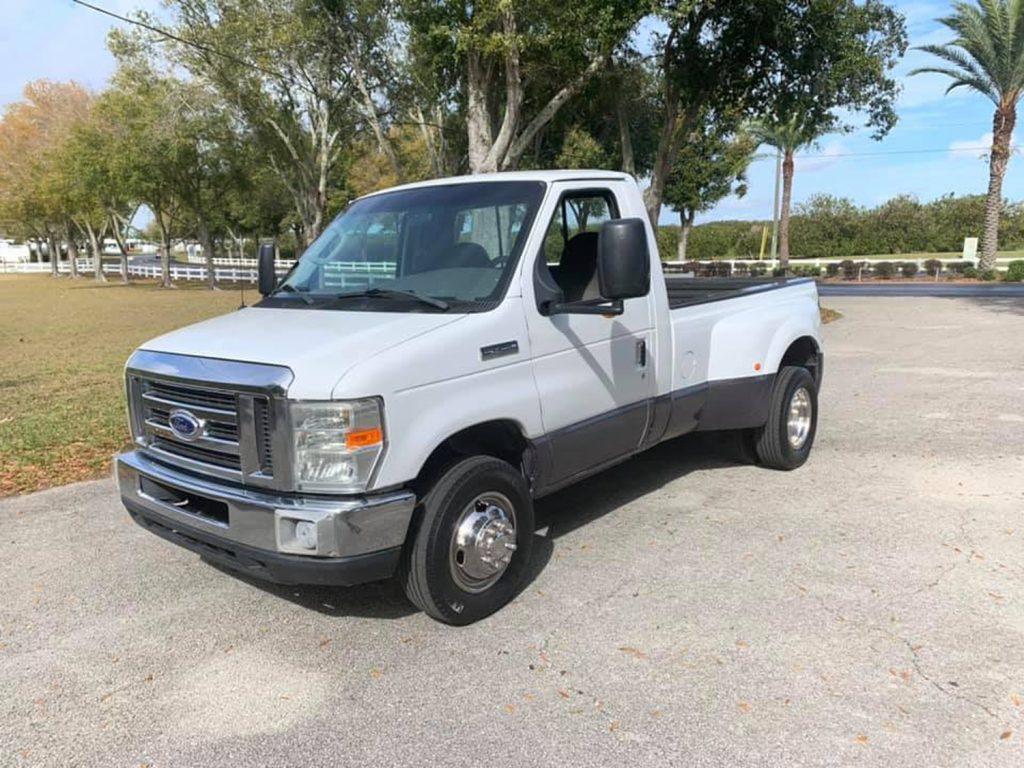 We’ve seen some interesting vehicles on Facebook, some of them cool and some of them horrible. Certainly, the most horrible vehicle we’ve seen on Facebook was that SN95 Mustang with the horrendous custom body mods. One of the coolest cars we’ve seen was the recent 1968 Shelby GT500. Another custom vehicle has turned up on Facebook Marketplace that is very cool. 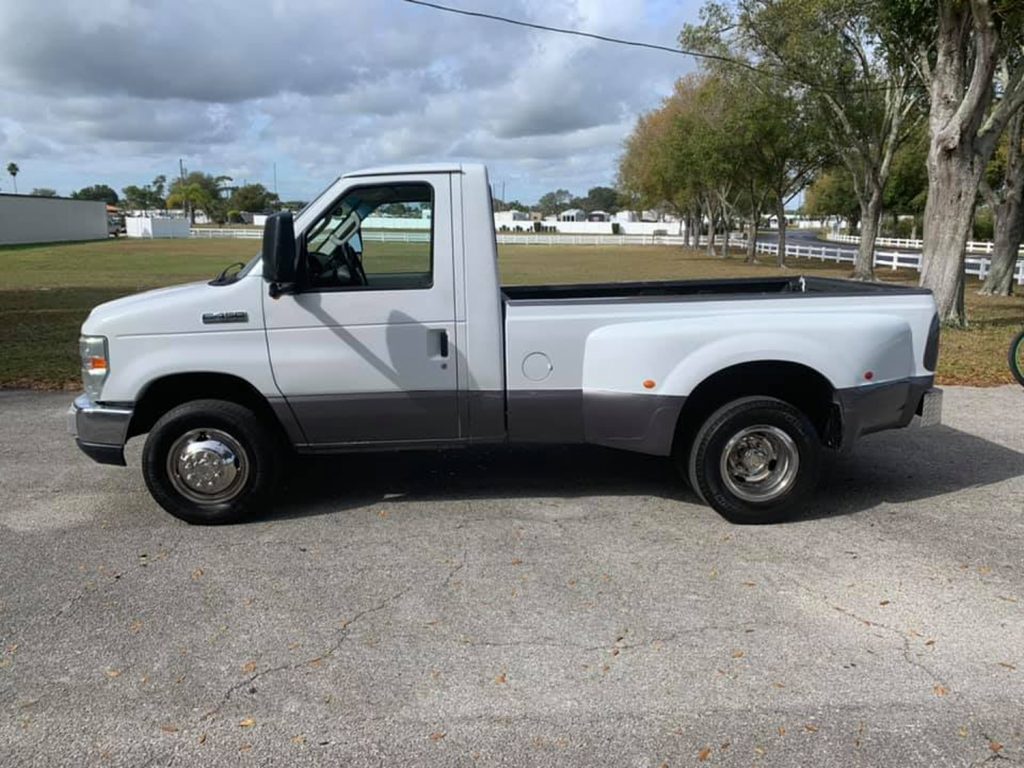 The front of the vehicle is a 2008 Ford E-450 van with dual rear wheels. Rather than having a van body outback, it has the bed off a pickup truck turning it into a 2008 Ford E-450 dually. The seller says that it is an excellent heavy hauler or tow vehicle, and it’s powered by a 6.0-liter turbo diesel engine. 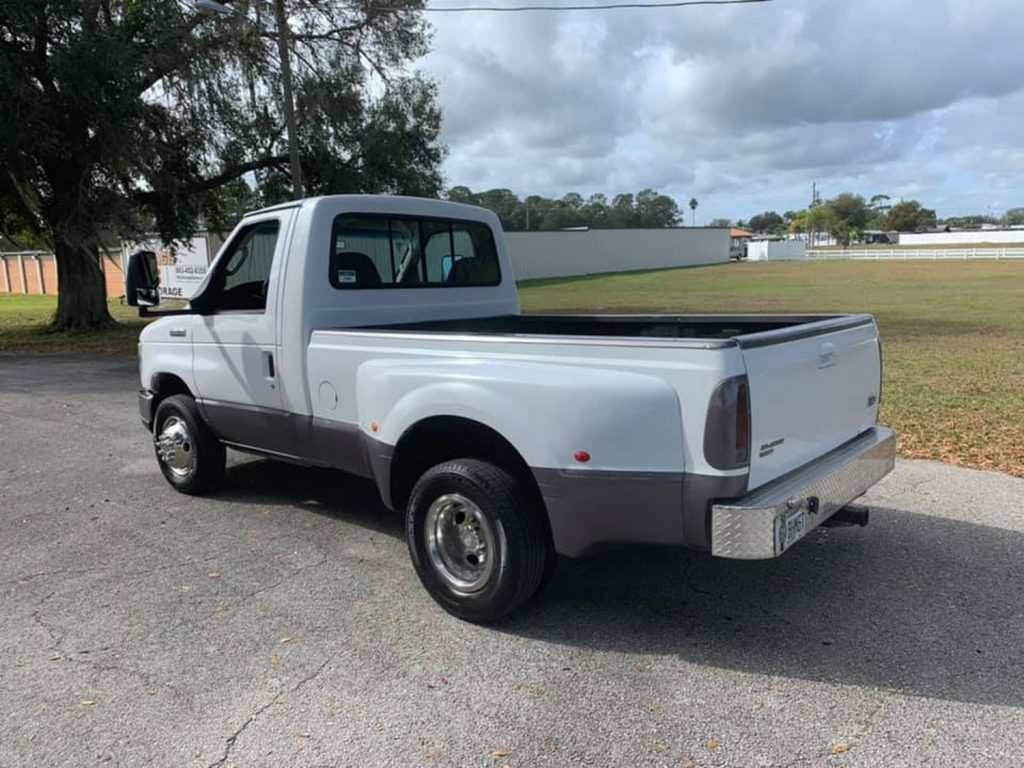 The vehicle also has air conditioning, cruise control, a tow package, electric brake controller, eight-foot bed, cold-weather block heater, and more. At 190,000 miles, the diesel V-8 had its head gaskets replaced along with the front calipers and brake pads. When 210,000 miles rolled around; the engine received a new Riffraff Stage II Turbo and high-pressure hoses along with dual alternators, belts, and tensioners. At that time, the water pump, thermostat, and hoses were replaced along with the EGR cooler, oil cooler, and various sensors. 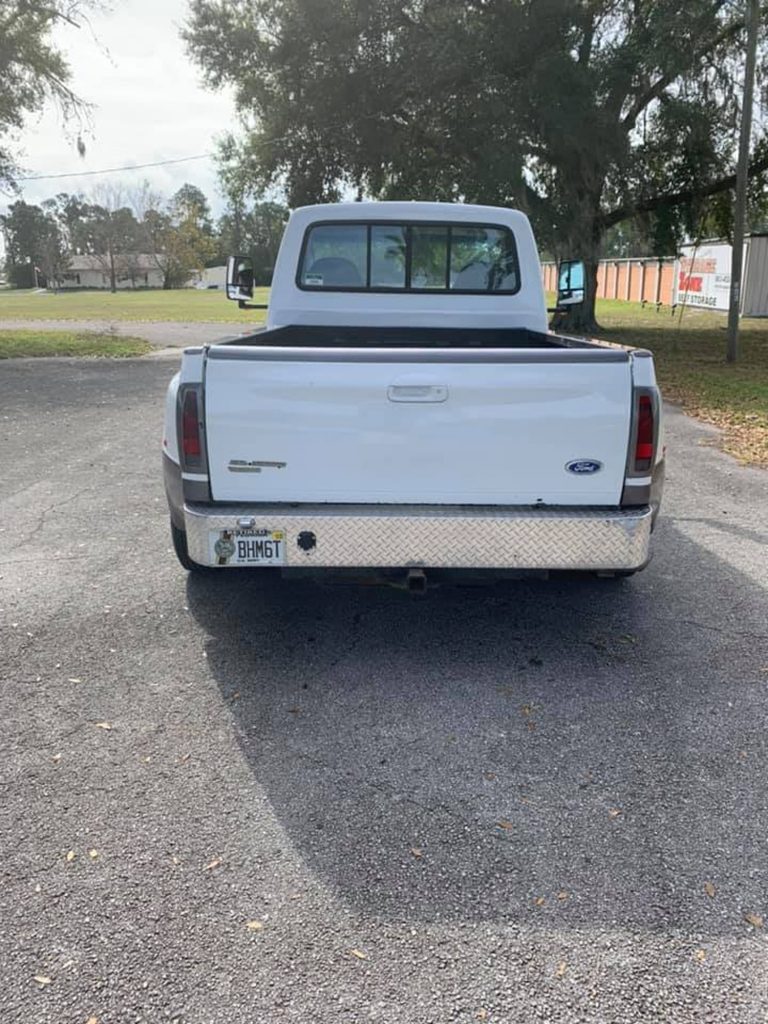 At the 230,000 mile mark, the 2008 Ford E-450 dually received a new radiator and electric fan clutch. The vehicle is currently listed as having the outside of the vehicle as white with two-tone gray across the bottom and only has two seats and two doors. While there are multiple pictures of the outside of the truck, there is only one partial image of the interior, but the vehicle looks clean. The seller is asking $10,350, and the vehicle is available in Avon Park, Florida.