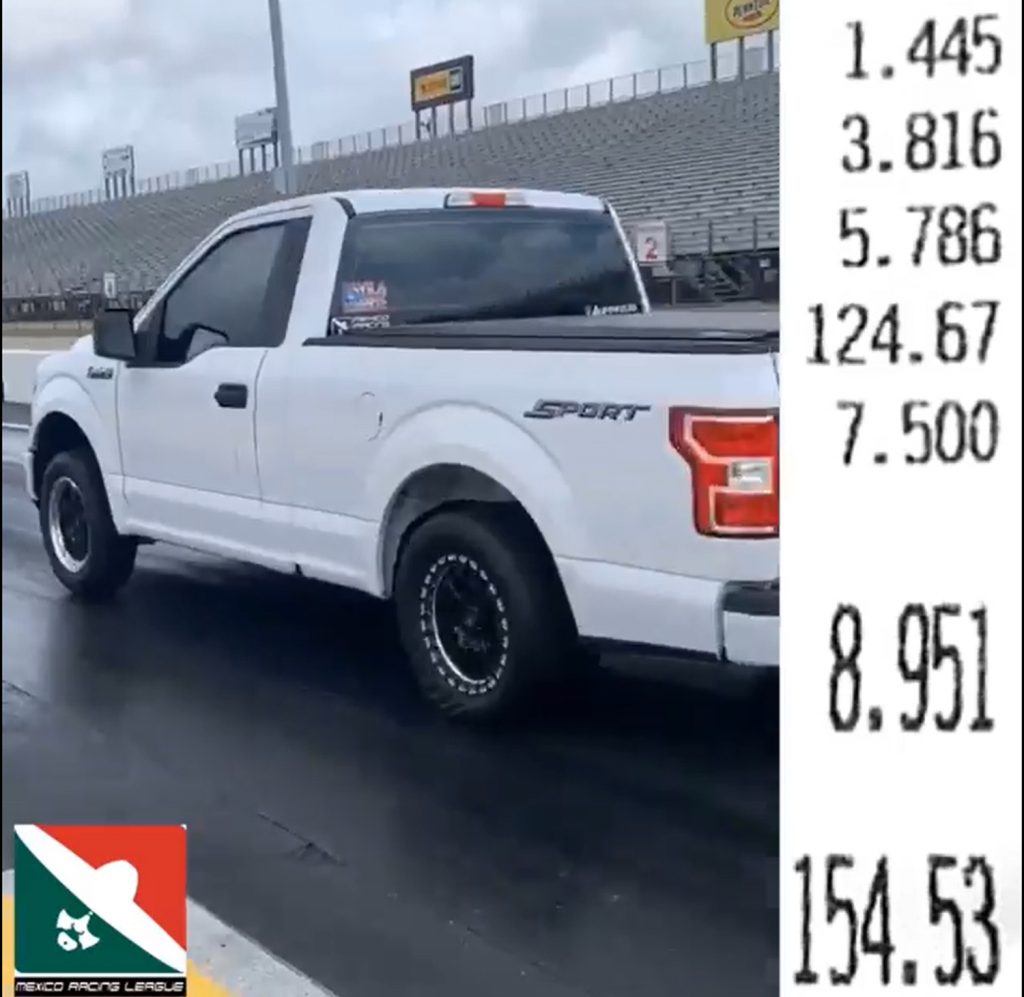 We have seen some very fast Ford F-150 pickups in the past. We saw a black F-150 destroy a Jeep Trackhawk down the dragstrip. In that video, the truck ran a 10.385 quarter-mile time at 134.78 mph. This time out, we see a truck driven by a man called Bryan Luna during an event for the Mexico Racing League.

The Ford F-150 in this video was able to run an 8.951 at 154.53 mph. To make such a fast pass, it uses an Aldo Welds twin-turbo kit and a Midnight Performance built 10R80 transmission. The transmission uses a Circle the Specialties converter, and the works was built by Lund Racing.

One of the most impressive things about the F-150 running an eight-second quarter-mile is that it’s a bone stock 2019 F-150 5.0-liter V-8 engine. The pickup is a two-wheel drive, single cab truck that leaves on the foot brake. It is tuned for E85, and there is no indication of exactly how much power the truck is making.

We do know that it would take a lot of power to push an F-150 down the quarter-mile that fast. It certainly launched well, and the video can be seen in the Facebook embedded video above. The 5.0-liter V-8 engine has proven to be a very powerful combination that can make significant power on the stock internals. Luna’s pickup is the first 2011+ F-150 pickup to run an 8.951 giving him the ET record, and the truck was also the first 10R80 F-150 to run in the 8s.