Any Shelby vehicle of the ’60s is valuable, but of all Shelby cars, cars like this 1963 Shelby Cobra are most desired. The car in the images here is going to auction with Mecum Auctions at indy in June. This car is rare being one of the few that were ordered by Ford as a company demonstrator. 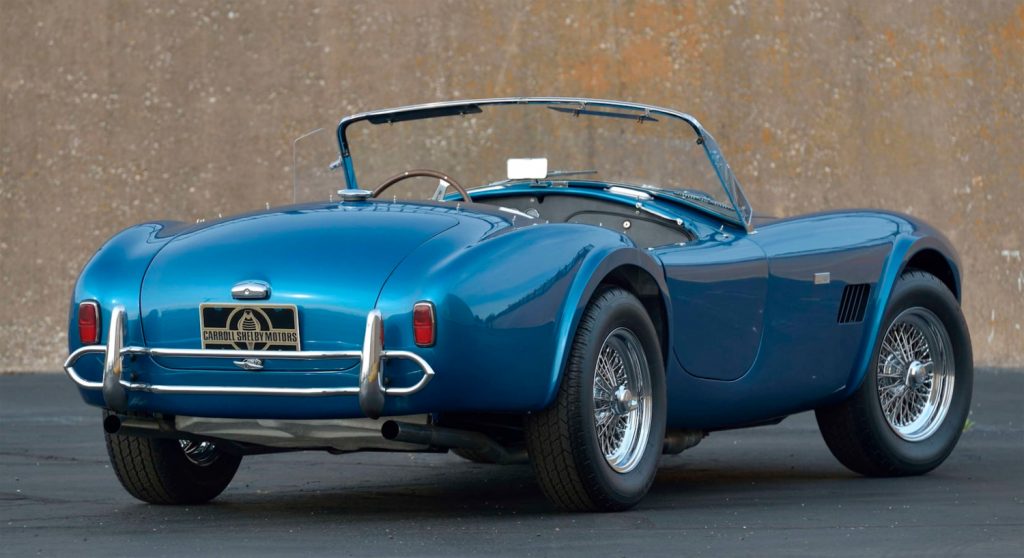 This 1963 Shelby Cobra is rare due to its factory demonstrator days and is even more rare thanks to some special order items, including extruded rear wings to accept wider tires and an added roll bar. The car is CSX2195 and was shipped to LA on October 1, 1963. Ford retired the car in 1964, and it was sold to Tony Fisher of North Carolina. 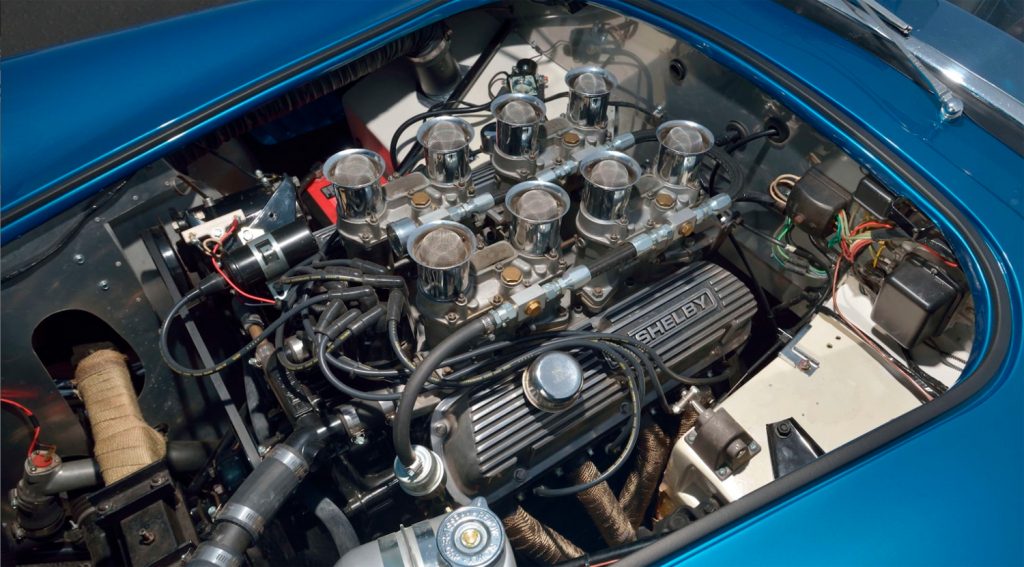 Fisher repainted the car in gold and raced it for two seasons. It was later purchased by a collector and race fan in 1985 and remained in his collection until 2019. The car was restored over 12 years and returned to its original Guardsman Blue finish. Other features include a Weber downdraft carburetor setup. 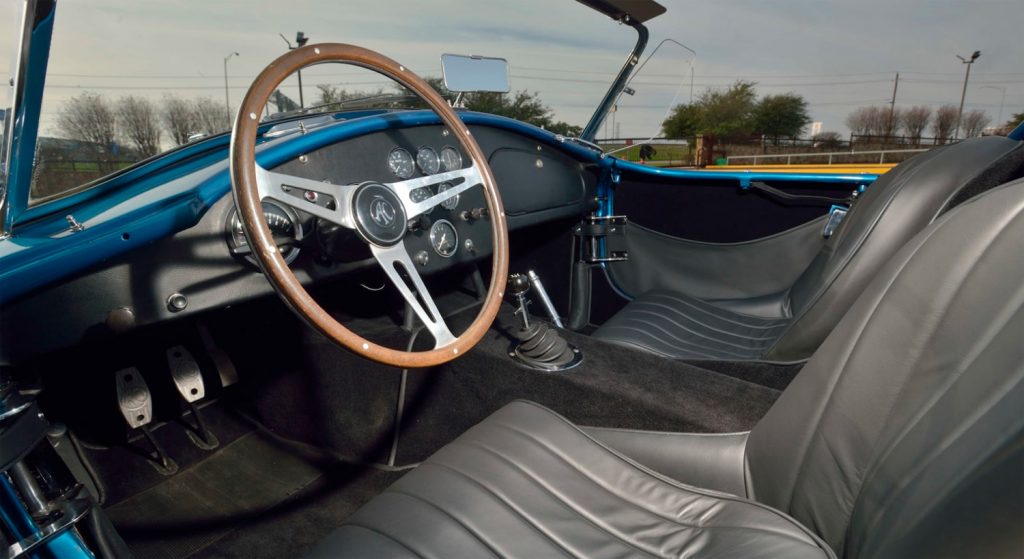 Paired up with the 271 horsepower, 289 cubic-inch engine is a 4-speed manual transmission. The car is one of only 580 that were built between 1963 and 1965. The car was restored to its original condition, including the original color, interior, and exhaust. The auction also comes with extensive documentation, including an event program that was signed by Carroll Shelby. While the Cobra is thought of as a road racing car by many, this one has an extensive drag racing history. We talked about another 1963 Shelby Cobra known as “Dragonsnake” that went to auction several years ago with an illustrious drag racing history.