Yesterday we talked about a 1963 Shelby Cobra 289 that was heading to auction with Mecum Auctions in its June Indy 2020 event. Assuming the auction doesn’t get canceled due to the coronavirus outbreak. Mustang fans will appreciate the other car that will be on auction at the show. That car is a 2000 Ford Mustang SVT Cobra R, and it has only 480 miles on the odometer since new. 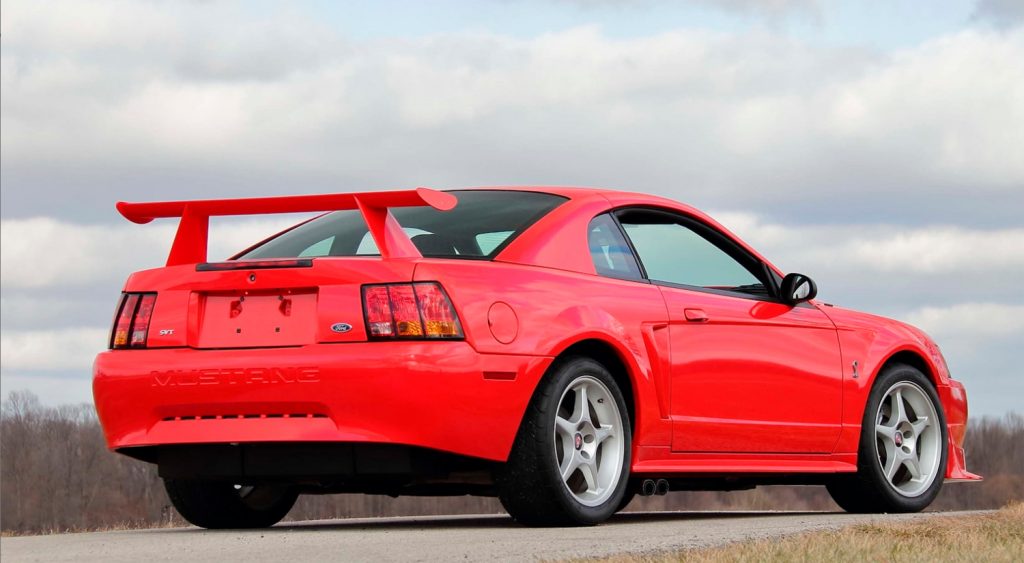 The 2000 Ford Mustang SVT Cobra R that’s going up for auction is build number 52 out of 300 Cobra R cars made in 2000. Under the hood of all Cobra R cars is the same 5.4-liter 385 horsepower V-8 engine. In its day 385 horsepower was big power. The engine was backed up with a six-speed Tremec T56 transmission, and the car had independent rear suspension with 3.55 gears. 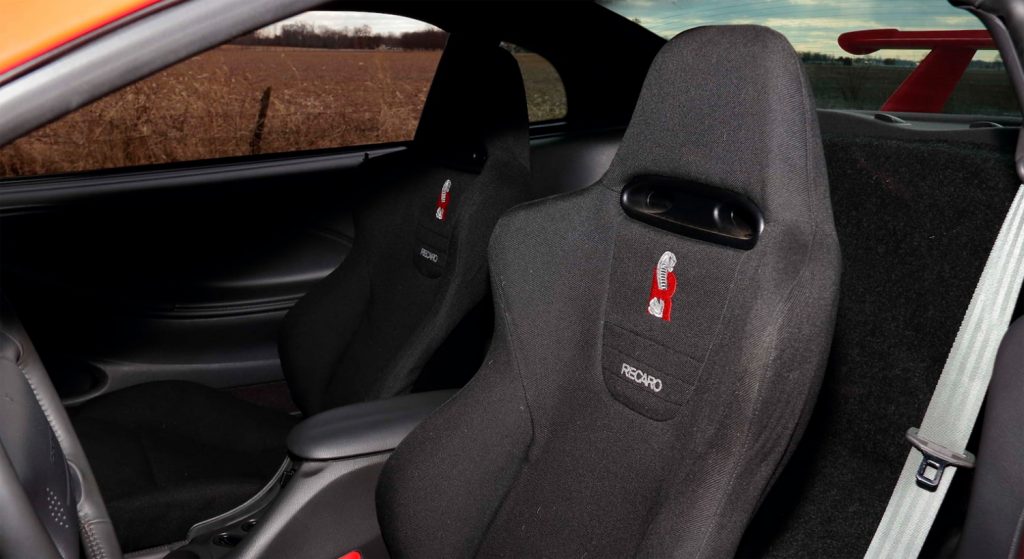 The Cobra R is red with black interior featuring Recaro bucket seats. The instrument cluster has an 8000 rpm tachometer and 180 mph speedometer. The car was designed specifically for the racetrack and to keep it cool, it has an auxiliary engine oil cooler. The car was meant to be a racing car for the road, and to that end, it has no air conditioning, audio system, rear seats, sound dampening, or cruise control. 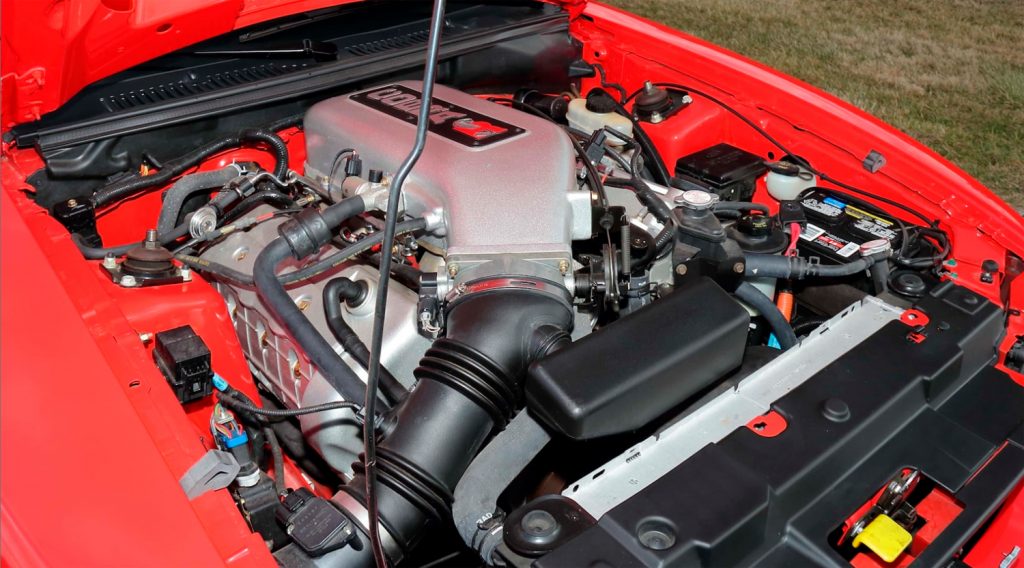 The suspension includes heavy-duty monotube racing front struts and rear shocks along with Eibach coil springs. Brembo four-piston ventilated disc brakes slow the car down. This particular example is completely box stock, including the iconic rear wing and five-spoke cast-aluminum wheels. It appears the car still rolls on its original tires, which were BFGoodrich Radial T/A units all around. 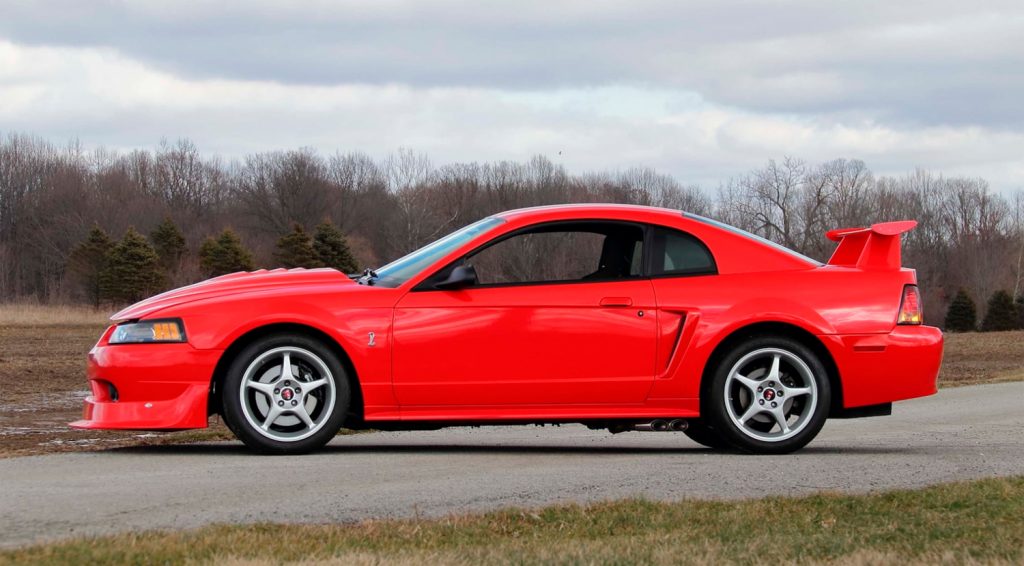 Rounding out the feature set was Borla side-exit exhaust, a Fuel Safe 20-gallon fuel cell, and the unique front splitter is removable for street use. The auction also includes documentation from Ford and the original window sticker. The car had a sticker price of $54,995, big money in the day. It will certainly bring more than sticker price at auction.