One of the longest-running Mustang generations was the Fox-body that spanned 1979 through 1993. The gang over at Late Model Restoration (LMR) has taken a 1979 Ford Mustang and strapped it to the dyno to see how much power the car produces all these decades after it rolled off the assembly line at Ford. This car is a survivor with about 9,000 miles on the odometer since new.

The 1979 Ford Mustang (Ghia coupe) lacks the V8 that many want under the hood of their Fox-body with a naturally aspirated 2.3-liter four-cylinder engine under the hood. The motor was rated at an anemic 88 horsepower and 118 pound-feet of torque from the factory. Keep in mind those ratings were at the crank, so power at the wheels will be less than that.

The four-cylinder engine is paired up with the venerable Ford C4 three-speed automatic that was found in the Mustang over a few generations going back to the original first-generation Mustang. The dyno pull was made in third gear, which is said to be the 1:1 ratio for the car.

While an early four-cylinder Fox-body certainly isn’t the car most collectors want, this little ride is clean. When the car is up to operating temperature, it starts trying to spin the rollers and has a hard time doing it. The dyno results for the little four-banger showed 64 horsepower and 82.39 pound-feet of torque at the wheels. Anyone in a 1979 Ford Mustang Fox-body with a stock four that needs to get into traffic should wait for a very long chunk of empty road. We’d like to see a similar year Mustang with a V8 for comparison, like this 1979 Ford Mustang Cobra. 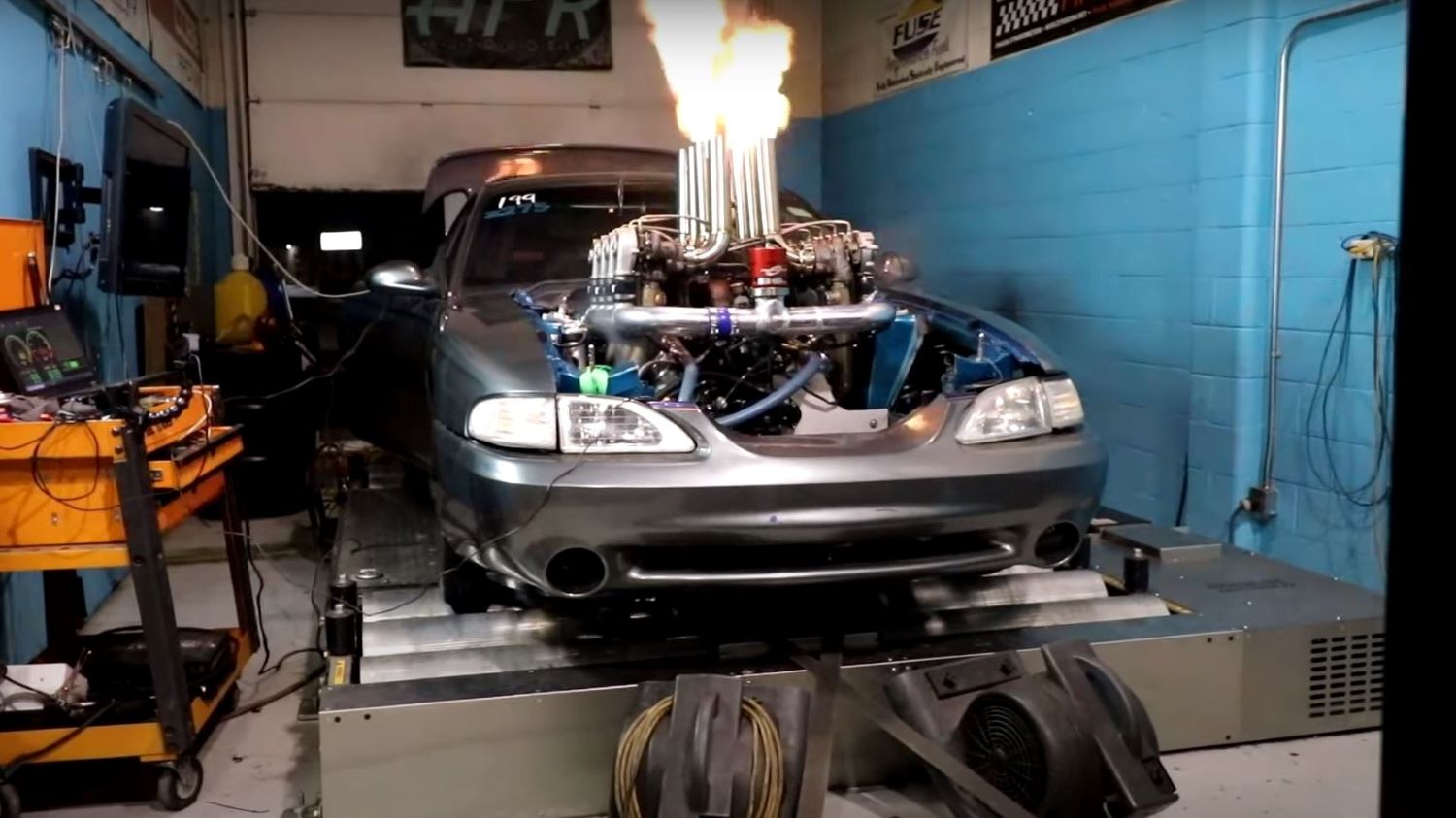 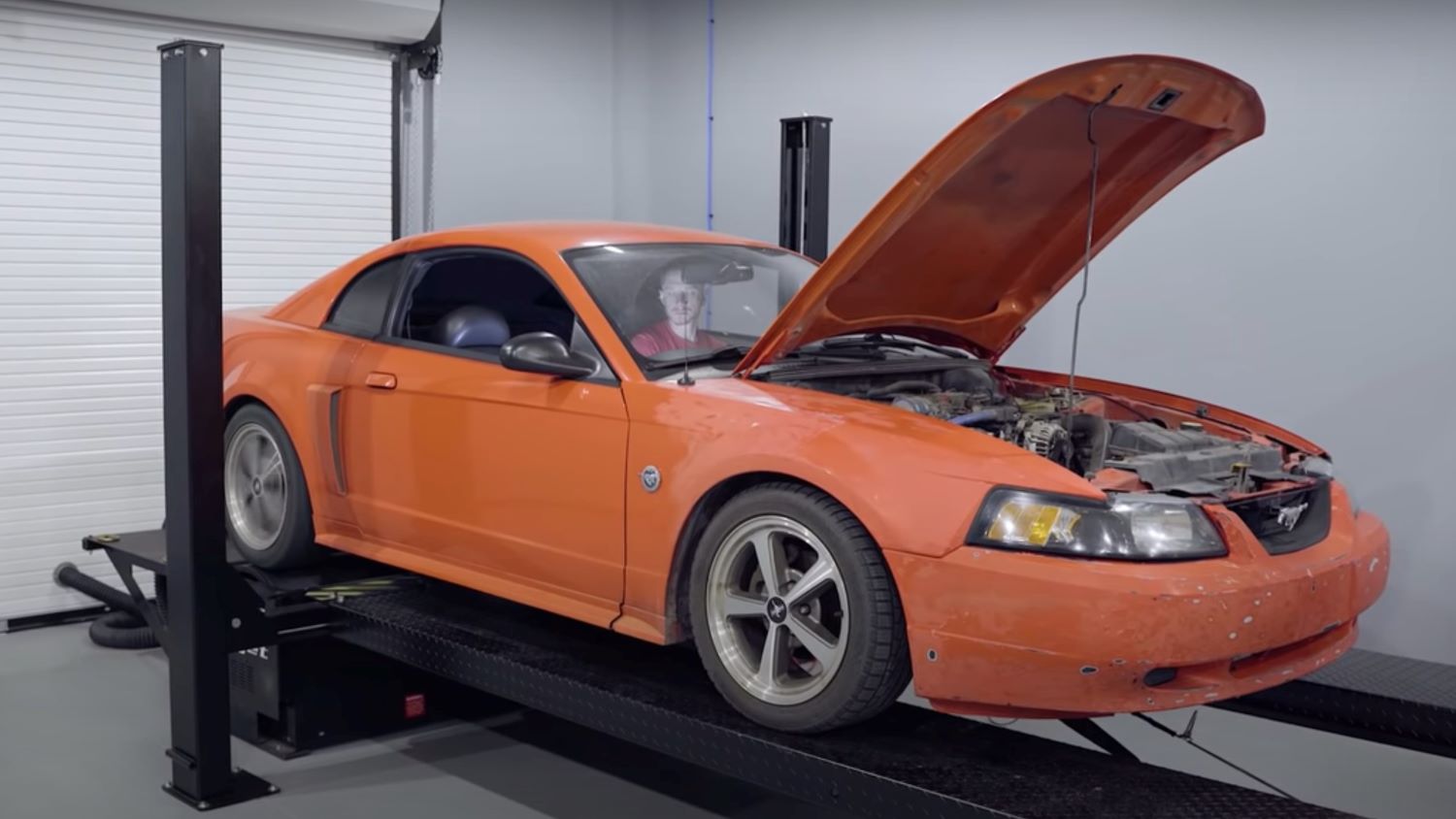 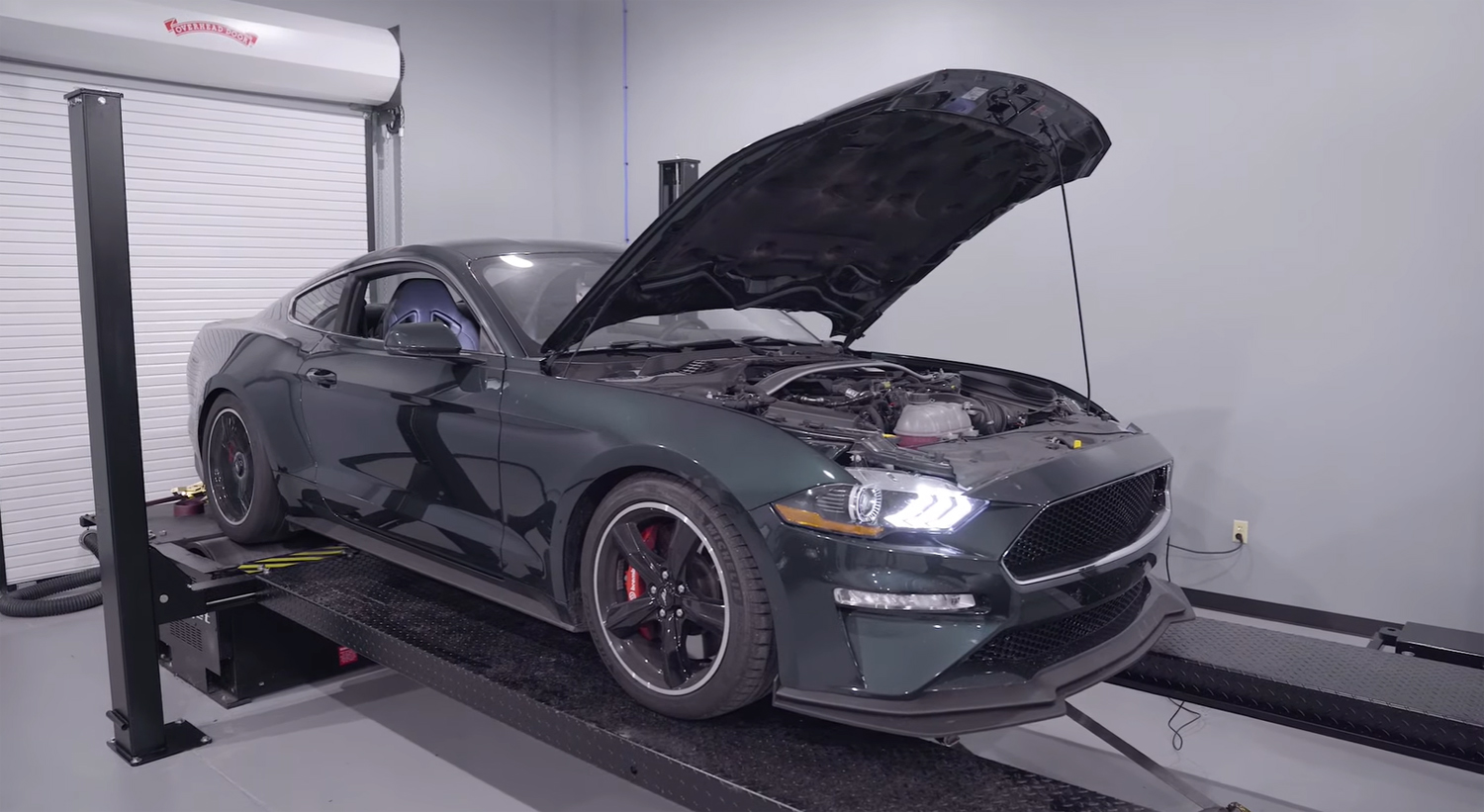